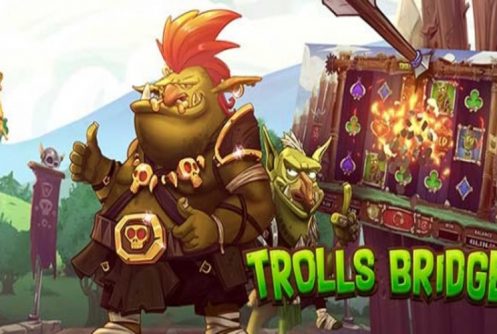 Trolls Bridge from Yggdrasil Gaming is a medium variance video slot with 20 paylines, 5 reels and pays a top jackpot (non-progressive) of 10,000 coins on a single spin.

The main characters in this delightful and animated game are the trolls. When it comes to the good stuff it has a Golden Bet feature that’s packed to the rafters with all kinds of goodies starting with extra free spins, sticky wilds, Troll wilds, random wilds, super stacked Trolls and 2x multipliers. Last but not least there is a Bonus Stone mode that’s triggered during the main game, players can benefit from 5x multipliers and a cool 1,000 coins can be won on a losing spin.

Symbols on the reels include a kaleidoscope of colours that include: 4 trolls, hearts, diamonds, spades, clubs, Troll wild, random wild, sticky wild and the regular wild that only appears during the main game. As you can see there are loads of features you can benefit from making it an entertaining slots to play.

We recommend that you activate the Golden Bet feature because the RTP (average return to player percentage) shoots up from 96% to 96.3% plus an extra pick is given during the free spins feature, yes it’s a tad more volatile but the payouts are bigger. 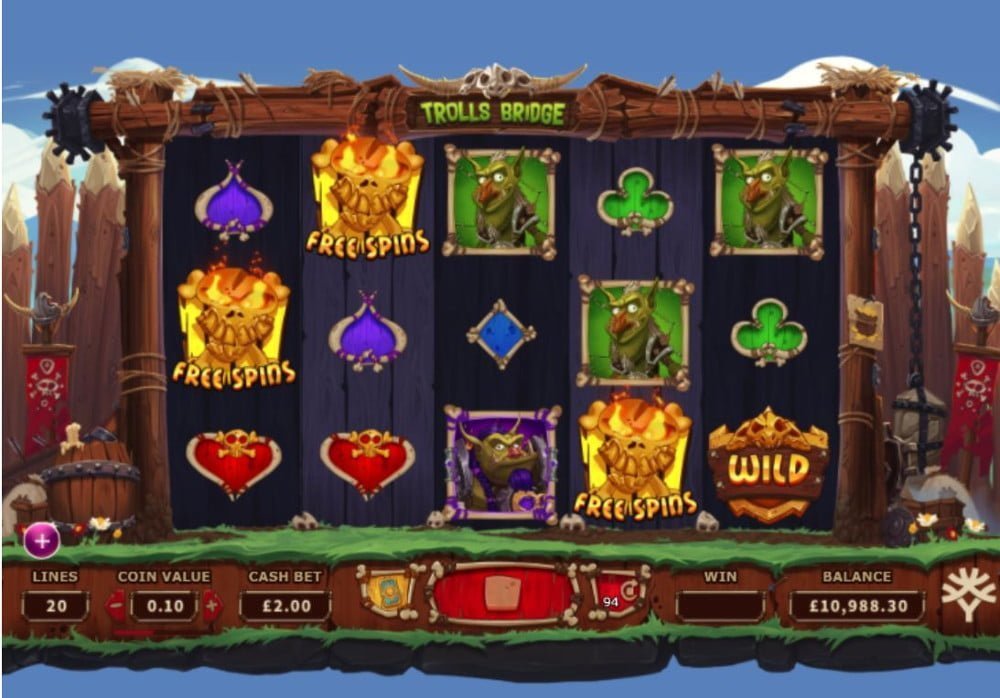 If the Golden Bet feature is not activated, Trolls Bridge can be played from £0.20 up to £200, if the feature is on your average bet per spin is £0.25 up to £250. The game can be played on smartphones (Androids, iPads, iPhones, tablets) and PC desktops (Apple Mac, Windows). Players planning on playing the game for long sessions should use the Auto Play function, it spins the reels 10 to 1,000 times automatically for you. 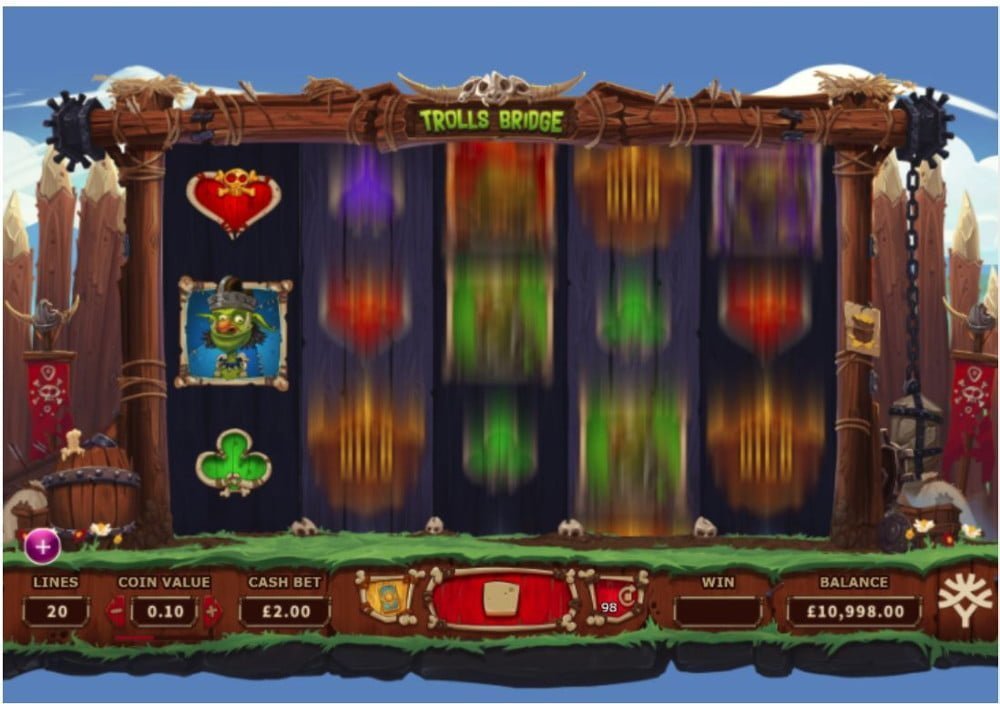 The Bonus Pot feature is initiated when the Bonus Pot symbol pitches on the fifth reel. You’ll receive one of the following goodies:

When 3 or more free spins symbols appear (regardless of position) on reels 3, 4 or 5 the same amount of free spins and picks as described above will be awarded.

Before the free spins feature starts you much extra from a set of cards that awards 2 or 3 extra free spins, a sticky wild on reels 2 to 4, Troll wild, stacked Trolls, 2x multiplier on every winning free spin and 1 or more random wilds on every free spin.

The Bonus Stone is triggered on a random spin during the base game, each winning spin has a multiplier of 2x, 3x, 4x, to 5x attached to it. Furthermore, you can win anything from 100 to 1,000 coins on a losing spin.

Without further ado Trolls Bridge is a winner to us, it’s visually arresting, has plenty of bonus features of which the free spins mode is the most lucrative. The volatility is in the mid range making it a well-balanced slots in terms of payouts. Players who like the Warcraft theme will also enjoy Hugo Goal, it offers re-spins with multipliers as high as 10x. 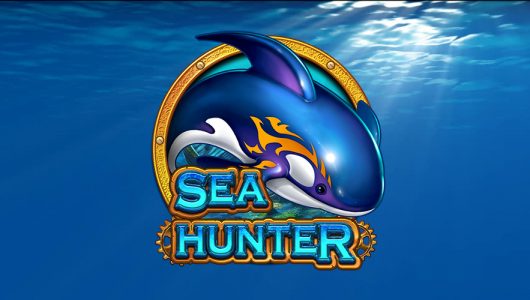 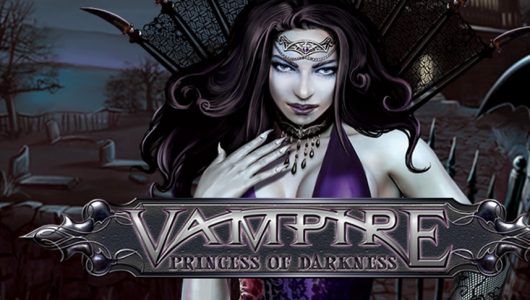 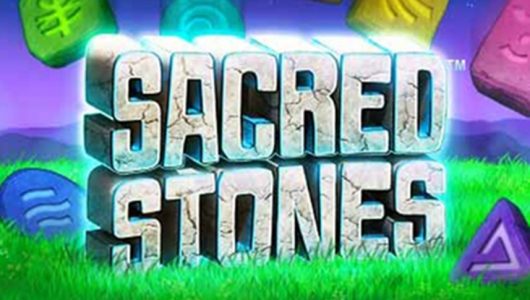