Tiki Vikings is a low to medium variance Microgaming/Just for the Win video slot with 5 reels, 3 rows, and 20 paylines. If we look at the game’s colourful and vibrant graphics, something hilarious happened to our band of Norse warriors when they visited the exotic Hawaiian Islands. Instead of the usual Viking appearance, our merry band of Viking warriors sports flowers in their beards and hair. Suffice to say they look more like Polynesians than the warriors that strike fear into the hearts of their enemies.

The conclusion to be had here is that things happen when two completely different cultures clash. This fusion is precisely what Microgaming had in mind. The top cash prize (non-progressive jackpot) offered on a single spin is 300x your stake (£75,000). This fun and easy-on-the-pocket mobile slots can now be played at Trada Casino from £0.10 to £250 per spin.

The graphics is neat while the main attraction is a re-spins feature with locked symbols and symbol upgrades. Since the volatility of the slots errs on the low side, it’s not going to make you rich. Essentially it’s a game that allows players to have fun and blow off some steam at the same time. If you’re looking for something more robust, Yggdrasil’s Vikings Go Bezerk ramps up play with a Rage Meter and a Ragnarok Feature.

The reel set is flanked by Polynesian Tiki Poles while the top and bottom sections of the reels are covered in snow. Symbols on them are Polynesian-styled cards from Jack to Ace (low value), three different Viking warriors with flowers in their beards, and the Viking logo. The latter symbol is the most valuable, and when 5 of them pitch, you’ll pocket a win of 15x your stake. Tiki Vikings has an average return to player percentage (RTP) of 96%, or House Edge of 4%. 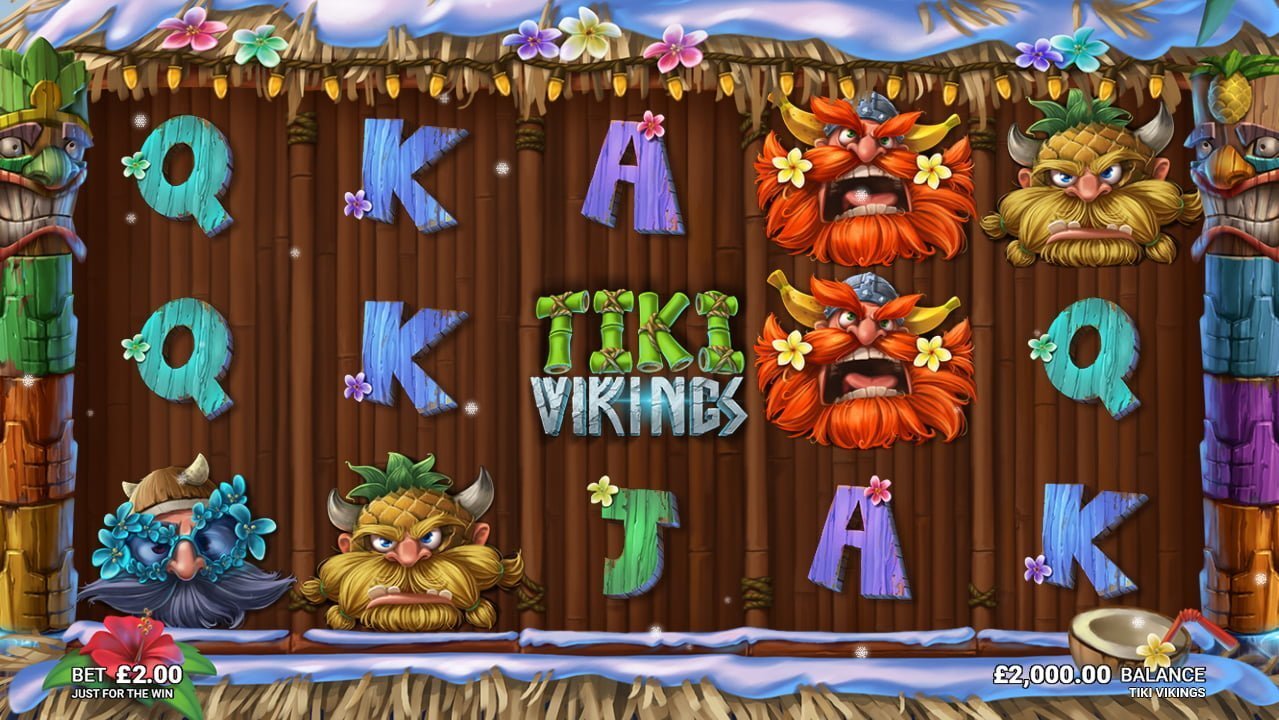 Tiki Vikings does not have a Free Spins feature, and neither does it have wilds that substitute winning symbols on adjacent reels. Instead, it bolsters play with a Re-spins feature where the top win on a single re-spin is 300x your stake, which happens to be the game’s jackpot.

The Symbol Lock Re-Spins feature is triggered by Tiki Vikings or three Vikings. Basically, a re-spin is awarded while said symbols remain locked on the reels. And if more them appear, the new symbols will stick to the reels while another re-spin is granted. The feature continues as long as you keep on receiving new symbols. When no more new symbols pitch, the feature ends.

Another feature Microgaming/JFTW added is the Symbol Upgrade Meter. If you succeed with filling it with symbols, you’ll trigger the feature. Locked symbols are carried over from the Symbol Lock Re-spins, and they are upgraded. As a result, it is possible to get multiple wins on the same spin, making it an exciting feature. 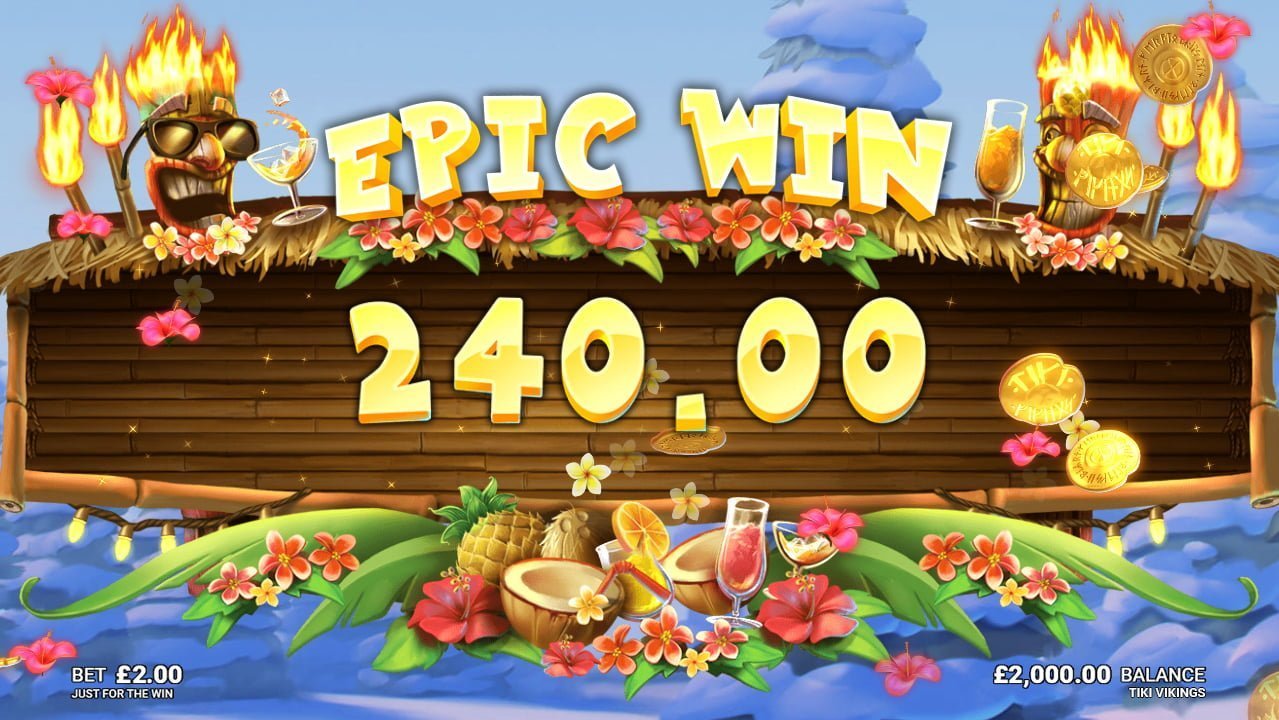 The visual fidelity of Tiki Vikings receives top marks from us. It’s a low-variance slots that pays as much as 300x your stake that’s more suited to newbies than your seasoned vet. To win the jackpot, you’ll have to trigger the low-paying bonus rounds multiple times, and in quick succession. Although Microgaming added a new spin to an old concept, gameplay becomes repetitive due to the lack of features (no Free Spins, and wilds). 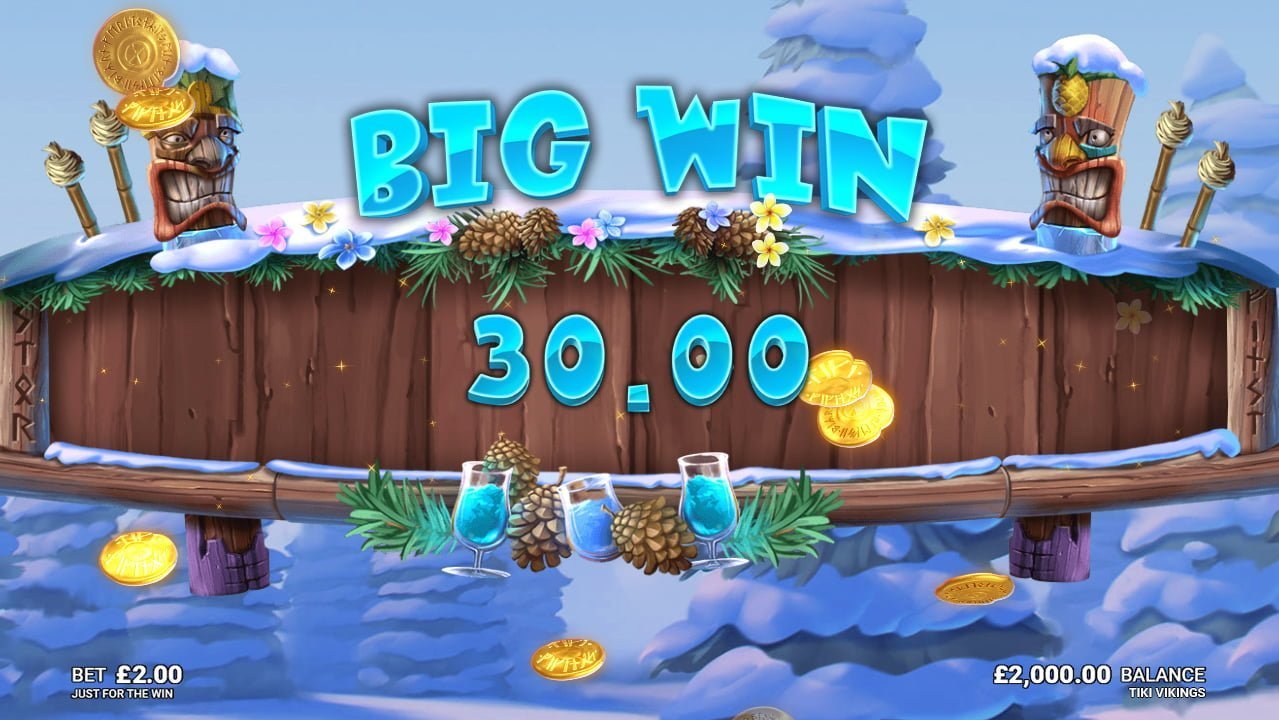 Is the game more suited to low rollers?

Yes, it is the perfect slots for players with small bankrolls, and those still learning the ropes of online slots play. The jackpot is small (300x your stake) and it is not padded with in-game bonus rounds.

Where can I play the slots?

Any online casino that runs on the Microgaming platform offers it. If you’re into all things Bitcoin and hunting for a bonus on deposit, 24K Casino hooks you up with a bonus of 100% up to $300 (free spins included), and a returning bonus of 50%.