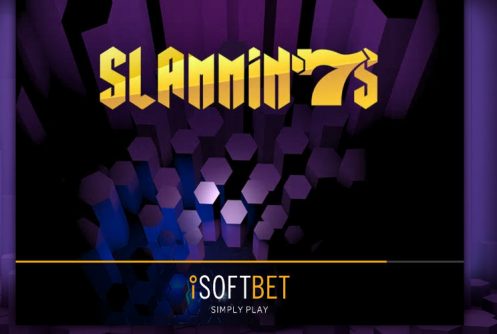 This game is amazing! it has that 90s arcade audio feel to it with 3D graphics which run slick on desktop or mobile, this game suits all player levels

iSoftBet’s Slammin’ 7s comes with 27 paylines, 5 reels, re-spins, multipliers and flipping symbols. With a top coin jackpot of 50,000 coins its RTP or return to player average percentage of 96.5% rocks the house.

The graphics and animations have that futuristic look while the game’s audio has a bit of Eurobeat ring to it. The game pays out on every 3 to 5 spins making it a highly interactive and entertaining slots. It is supported on Windows, Apple and Android platforms and available for play on desktop, tablet and mobile.

”Our development team is dedicated to creating games with innovative content by expanding our game library that engages players across all sectors. We’re very exited about Slammin’ 7s and feel it can truly shake up the slots market” iSoftBet

Needless to say that Slammin’ 7s is a video slot with an innovative twist-its game mechanics differs from any slots I’ve seen before and up to 50,000 coins can be won on every single spin! The symbols that appear on the reels are hexagon-shaped, they flip instead of spinning. Paying icons that dance off across the reels are green, red and yellow 7s, single, double and treble bars pay 100 up to 200 coins. Last but not least is the Slammin’ 7s symbols it offers a top cash prize of 300 coins. 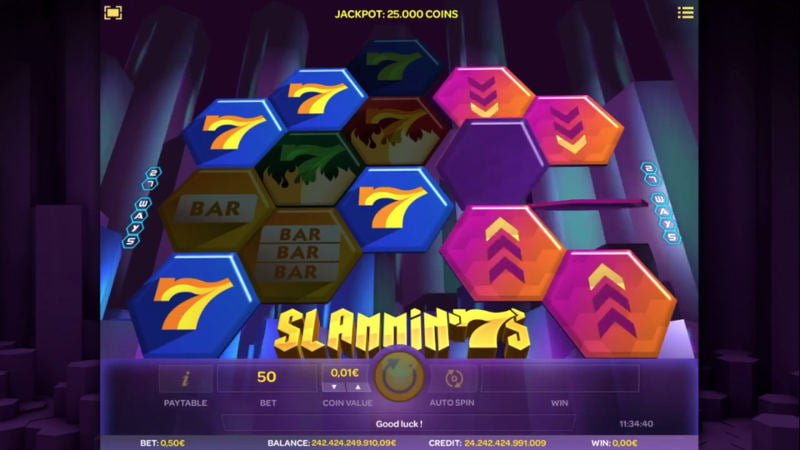 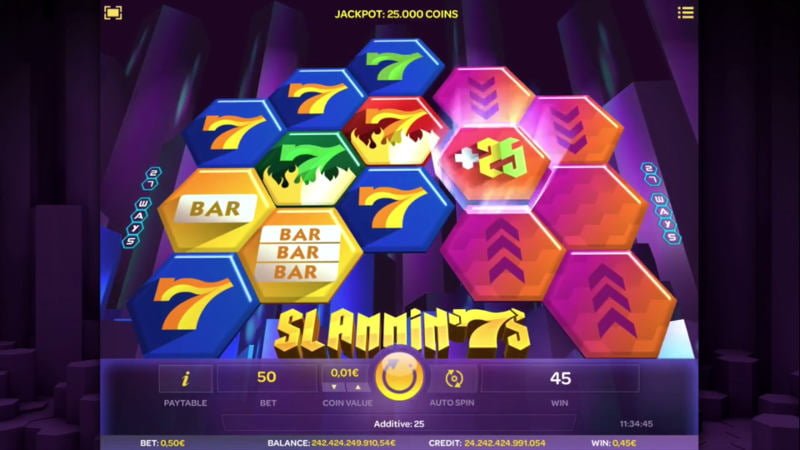 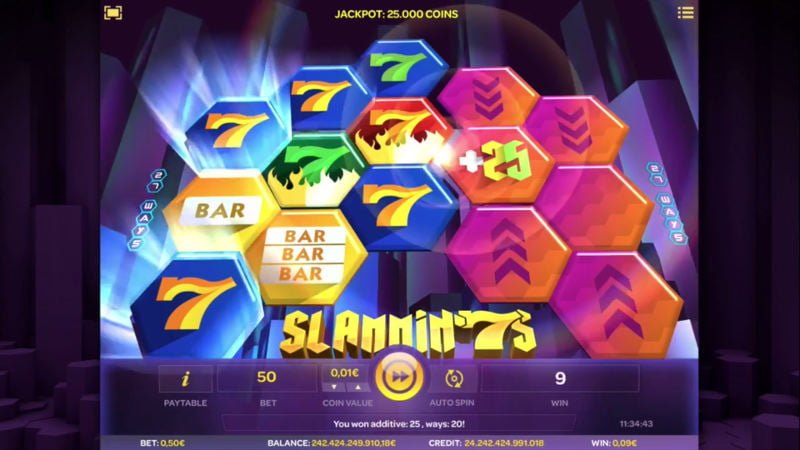 When the modifier symbols appear on reels 4 and 5 in a winning combination their multipliers spruce up wins to the tune of 2x, 5x and 10x. A re-spin symbol and additional icons can pay up to 500x your stake. If you hit 3 single bars a +50 icons pops up on the 4th reel offering a payout of up to 150 credits. Then if a multiplier appears it boosts all wins by a substantial margin.

If a winning combination appears in conjunction with a re-spin you’ll receive 5 re-spins with doubled wins. As the name of the slots implies it’s all about the Slammin’ 7s, the perfect winning combination is when 3 of them pop up on reels 1, 2 and 3 with the +500 on reels 4 as well as a 10x multiplier on the 5th reel. If you can accomplish this feat, you’ll win a cool 25,000 coins with a 2x multiplier that kicks in making it a win of 1,000x your bet.

iSoftBet’s Slammin’ 7s gets a resounding shout out by me, it’s fun, loaded with innovative streaks but above all it pays out well. The fact that the reels flip instead of spin is not just a cosmetic feature but also has a real effect on the game’s outcome. The second phase of the game results in multiplier wins of up to 10x which adds an extra layer of excitement on every spin. I’m pretty confident that it’s going to grow on players and a deserved addition to the vendor’s already impressive slots selection. 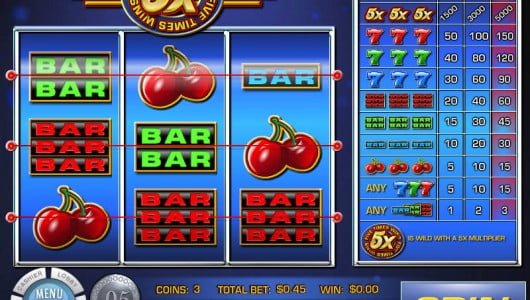 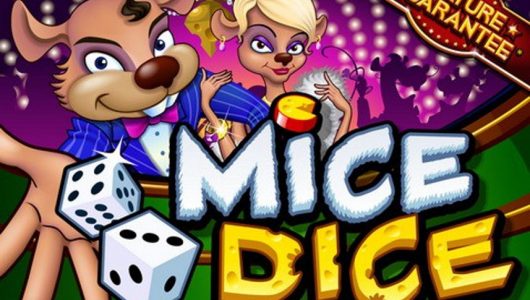 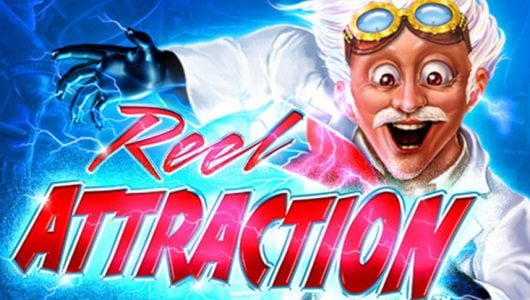