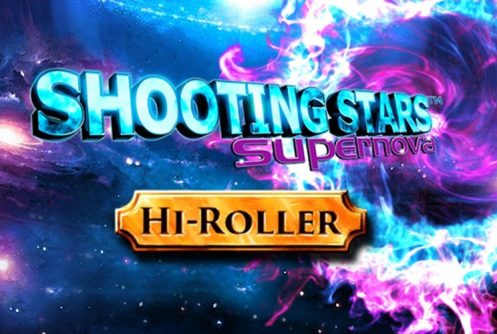 I’ve been told that if you see a shooting star you must make a wish before it disappears into the vastness of space again. If you play Novomatic’s Shooting Stars Supernova (Hi Roller Mode) video slot hopefully all your wishes (dreams) will come true. It’s a 10 payline, 5 reel slots where the minimum stake is 50 pence per spin.

Before we continue what exactly is a supernova? According to Wikipedia a supernova is the last evolutionary stages of a giant’s star’s life marked by catastrophic explosion. It sure knows hot to go out with a bang! https://en.wikipedia.org/wiki/Supernova
The game is playable on mobile phones and PC desktops in the free mode or for real cash at Novomatic Casinos.

The slots pays both ways and offers 2 bonus modes starting with the Shooting Star bonus that offers loads of re-spins along with an expanding wild. The second bonus feature is the ‘Supernova Bonus’ when they appear they ‘morph’ into other symbols, the wild symbol is included as well.Another interesting feature about Shooting Stars Supernova is that it comes with a ‘Hi Roller Mode’ where stacked wilds can pop up on the 3 centre reels or they can pitch on all 5 reels. The game offers a top non-progressive jackpot of 1,250 coins and an average return to player (RTP) percentage of 95.7%.

My take on on the game is that it’s slightly low to medium variance, base game wins are so-so while the biggest wins occur during the bonus modes. Paying symbols on the reels are planets circling a swirling black hole and a bright sun. The latter symbol pays the top cash prize, 5 of them at the maximum bet pays up to 25x your stake. Must say it’s one hot symbol!

”Strap on your astronaut suit and blast in to space in pursuit of jackpots with Novomatic’s newest interstellar marvel.” Players can start spinning the reels from 50 pence up to £50 per spin. The game pays out on every 3 to 5 spins during the main game but as you increase your stake per spin it shoots up to 5 times plus. Payouts during the main game are slightly below par at an average stake per spin my biggest win was £2,50. The usual customization options such as graphic, audio, Max Bet and an Auto Play feature makes the game more convenient for play.

During the bonus feature the shooting star wild is the most import symbol especially when it lands on the 3 centre reels. They become expanded covering the entire reel in the process.

The stacked wild becomes sticky and a re-spin is awarded. Should more wilds appear additional re-spins will be given. A huge sum of cash can be won here when the three middle reels are transformed into wilds. In terms of bonus features Shooting Stars Supernova is pretty similar to its predecessor.

The Shooting Star Bonus rewards you with a re-spin along with an expanded wild on 1 of the 3 middle reels – you can get up to 3 re-spins with 3 wild reels. The Supernova Bonus feature sees supernova symbols land on the reels to morph into other symbols, including the wild. There’s a Hi Roller Mode too where you can get stacked wilds on all 5 reels.

The nice thing about this bonus feature is that when the Supernova symbols appear they morph into a wild or even a standard symbol. As a result new winning combinations are created which gives you a shot at initiating the Shooting Star bonus mode.

The best addition to the game is its Hi Roller Mode which presents players with 2 options: A Silver or a Gold Mode. During the Silver Mode you can win as much as 5x your line bet with the possibility of stacked wilds appearing on the 3 middle reels. From here on end the game really heats up! If go for the Gold Mode the stacked wilds can appear on all 5 reels offering payouts that are truly out of this world!

Essentially Shooting Stars Supernova comes across as one Red Hot Giant but regrettably fizzles out after prolonged sessions. To be honest the big wins are there but it’s the game’s hypnotic repetitiveness that got the better of me. After 100 spins I felt like a zombie. Then again if you’re into games with sci fi themes this one might just be the last frontier for you. 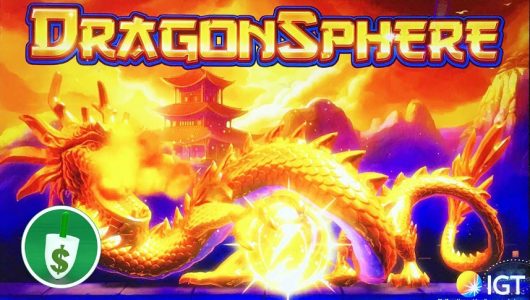 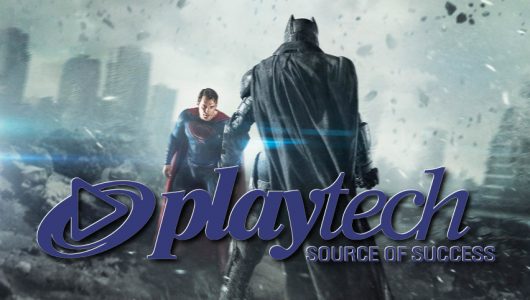 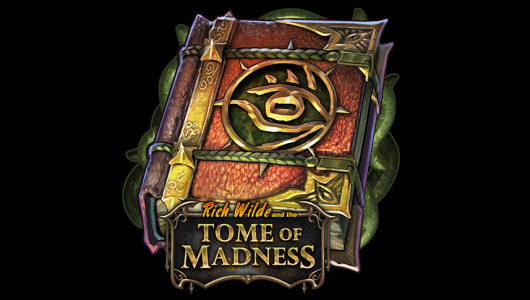 Rich Wilde and the Tome of Madness Slot Review