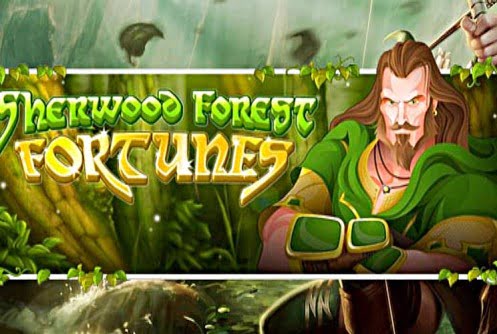 The legend of Robin Hood and his merry men echo across the ages. If you don’t know who Robin Hood was he stole from the rich and gave to the poor. As a result of his antics a price was placed on his head. He became an outlaw and lived for the rest of his days in the forest of Nottingham. Rival succeeds in bringing to life this noble man and his exploits to the world of virtual gaming.

Another popular i-Slots machine, Sherwood Forest Fortunes boasts 20 paylines and 5 reels. The game offers the usual customization features, coin betting range and sound track that fits the game’s theme like a glove. With a payout percentage of 96% and a maximum jackpot payout of 10,000 coins it can’t put a foot wrong in my books. It’s compelling and will appeal to slots lovers of all ages. Why this game? For starters it offers decent wins during the base game, 3x multiplier during the free spins, a stacked wild and a bonus game. 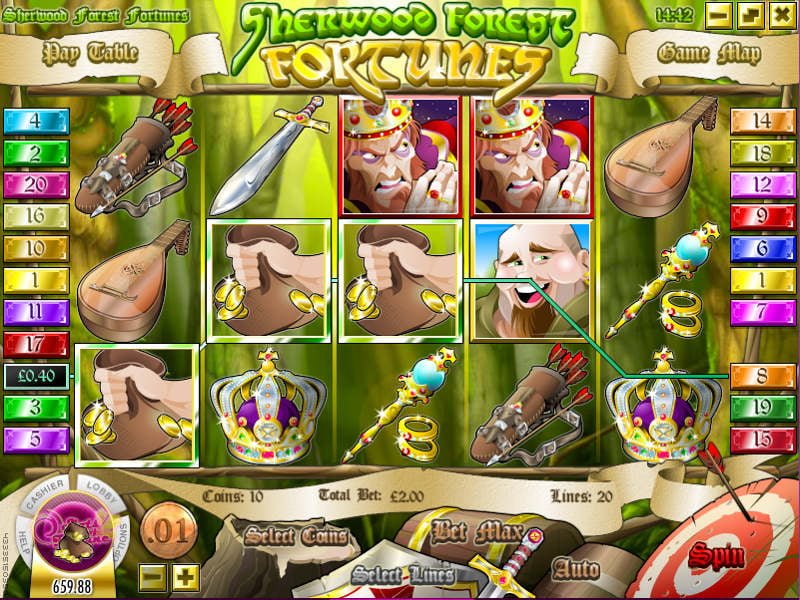 Before you join Robin Hood and his band choose the amount of coins you’re going to wager per line. The coin range is 0.1 up to 0.25. Low rollers can wager $0.10 per spin. The maximum bet is $50 which is suitable to medium and high rollers. Paying icons on the reels are Friar Tuck, Little John, Maid Marion, the Sheriff of Nottingham, bags of coins, quiver full of arrows, Robin Hood (stacked wild), swords, crown, king’s staff and rings, guitar. Five sheriff of Nottingham icons at the max. bet pays 10,000 coins.

During the base game winning combinations are formed when you land 3 to 5 matching icons. These include two of Robin Hood’s Merry Men it can be Friar Tuck and Little John. These icons pay out up to 800 coins. It goes without saying that King John is the bad guy here. What I like about the slots is that it gives you the opportunity to boo him in true peasant style. However, even though he’s also a baddie he is generous too and awards up to 500 coins for 5 icons.

Sherwood Forest Fortunes is a generous slots indeed. Expect a couple of dry spins during the base game in between wins. But, when the stacked wild icon appears in conjunction with 3 or 4 Merry Men or even the King symbol it pays out handsomely. Unlike most slot games it’s relatively easy to hit 3 or more Lady Marion icons. This triggers the free spins round which is not stingy either. All wins during the free spins have a 3x multiplier. As you play the game keep your eye on the King’s ransom-it awards 10,000 coins. 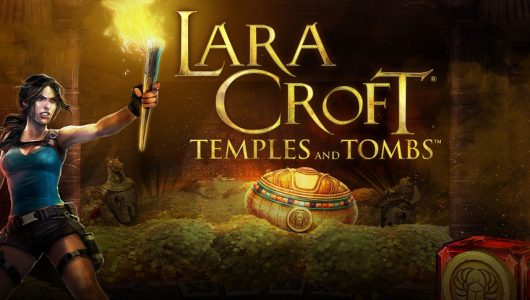 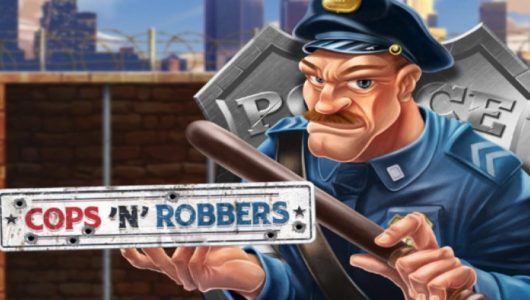 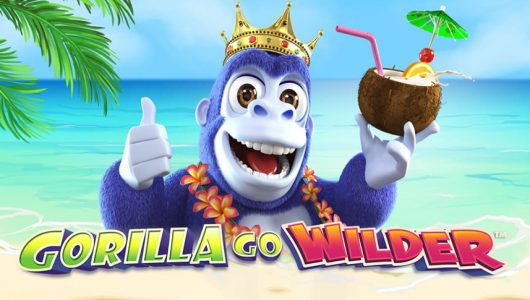