If there’s ever a Playtech game that plays like a NetEnt slots it’s Satsumo’s Revenge. It’s a delightful video slot with a slew of innovative bonus features and off the charts visual animations.

With a Japanese theme it’s a fighting fruits martial arts slots with cartoon like characters on the reels. Central to it is a ‘Fighting Free Spins‘ feature where you must combat your opponent by choosing Rock, Paper or Scissors to pocket free spins with sticky wilds. You’re granted 5 lives with which you must gain as many free spins as possible, your opponent also has 5 lives. 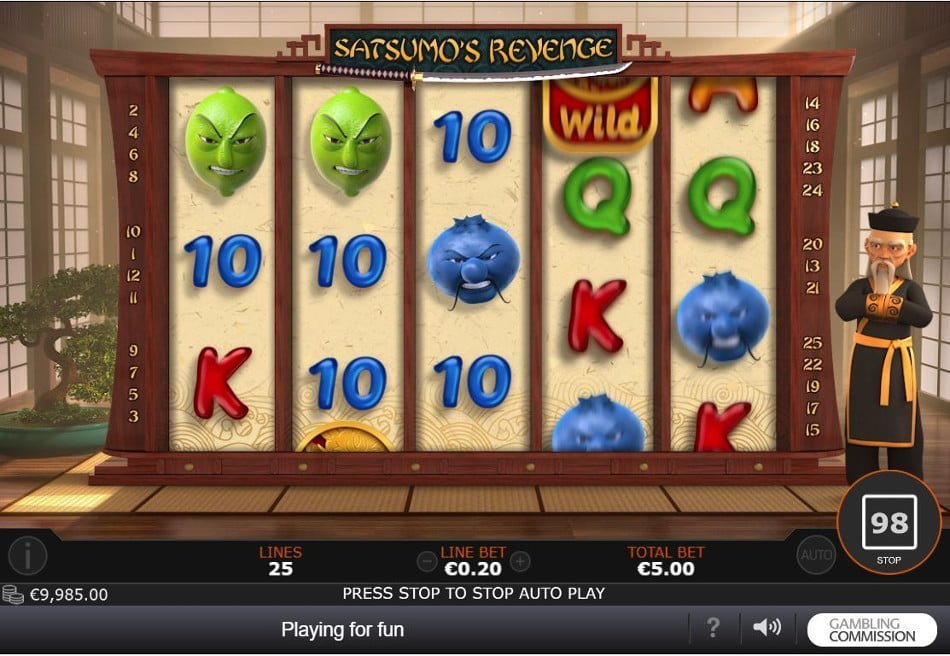 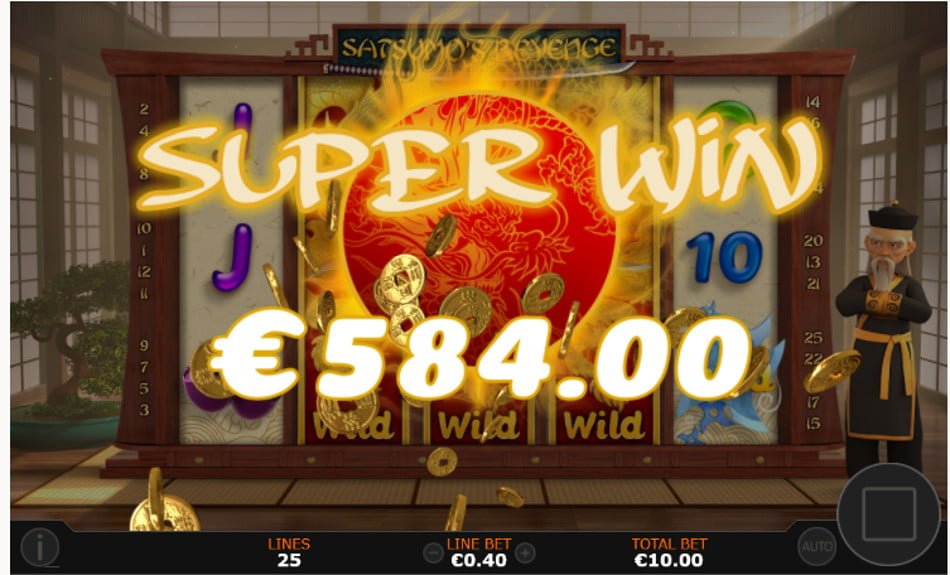 (Base game big win with wilds)

Satsumo’s Revenge is compatible with mobile phones (Androids, iPhones, iPads and tablets), players can start spinning the reels from 25 pence a spin up to €500. During the main game the ‘Grandmaster’ throws up to 3 Shuriken wilds onto the reels with multipliers up to 3x.

Against the backdrop of the reels is a traditional Japanese Washitsu (room). On the reels are high value (blueberries, cherries, strawberries, limes), low symbols (cards from 10 to Ace), Shuriken wild and dragon wilds. To the right of the reels is the grandmaster. The symbol that pays the top cash prize is the Satsumo, 5 of them on an active payline at the maximum wager pays 1,000 coins. The RTP or average return to player percentage of the game is 96.2%.

We played the slots in the free mode to test its payouts at different bet levels and to see how many spins it will take to trigger the free spins feature. We started off with €5 per spin but soon noticed that the payouts in this range were ‘drab’. We decided to up the ante by betting €10 per spin and soon noticed a huge difference, not only were the payouts better we even managed to trigger the free spins feature. We’ll explain the feature in detail in a bit. 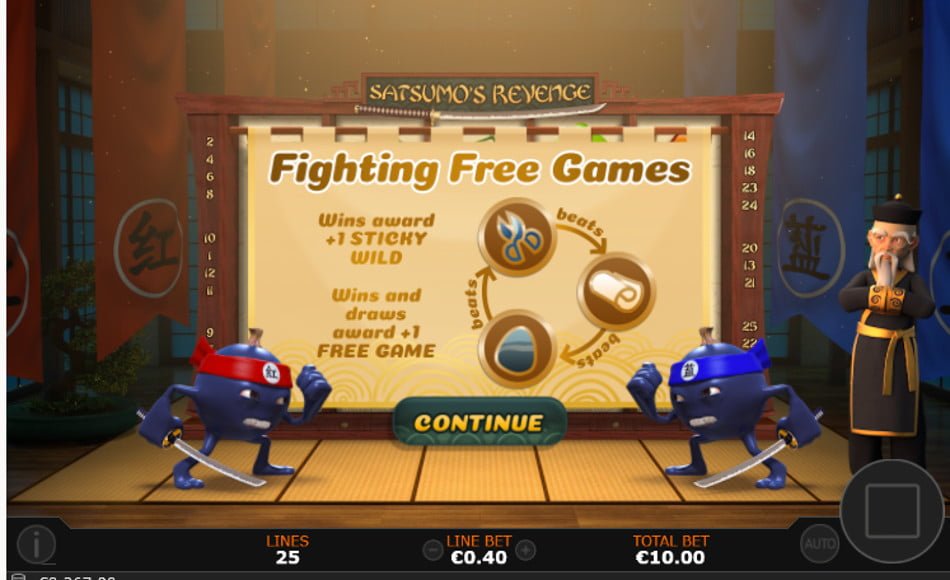 A new screen opens up displaying two fighters, choose one. The fighter you picked will compete against the other one in 5 rounds of Rock, Paper and Scissor. This is what you’ll get when you win:

Win the first round you’ll get a free spins with a sticky wild.
Even if you draw a round you’ll still receive a bunch of free spins.
Every time your opponent beats you you’ll lose a life. 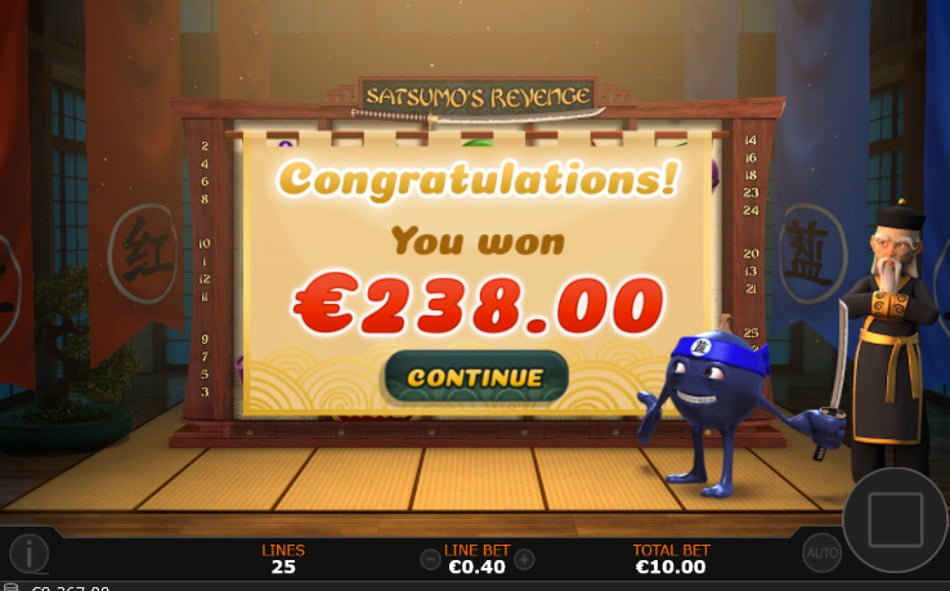 If you do manage a win by beating your opponent, payouts can be very good especially if those sticky wilds pop. It’s an odd free spins feature to say the least, either you win a substantial amount of cash or nothing. Playtech sure knows how to spice things up we’ll give them that!

Satsumo’s Revenge is of medium variance it took a few spins before we really warmed to it. Payouts during the main game occur often with the odd decent win after every 20 or 30 spins especially if its the Shuriken wilds.

The biggest wins occur during the Fighting Free Spins bonus, loads of free spins are up for grabs along with 4 sticky wilds. Keep in mind it’s not triggered easily bit well worth it if you stick around.

Legend of the Jaguar