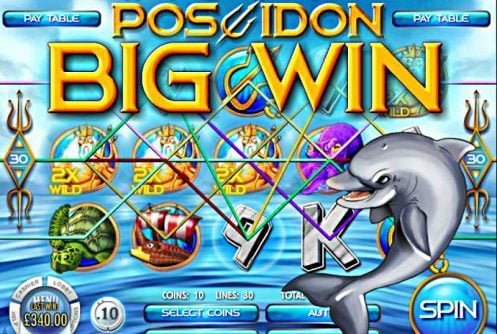 In Greek Mythology Poseidon was one of the 12 Olympian deities and ‘god of the sea’. He also goes by the name of ‘earth shaker and ‘tamer of horses’. The theme of the slots is about Poseidon and the role he played in defeating the Titans in the battle of the universe. He is the protector of sailors and life in the sea. But he can also be mean, he carries a trident which he received as a gift from Cyclops-the trident causes massive waves which sinks the ships of sailors if they didn’t ask for his protection.

Rise of Poseidon is a Rival powered slots machine with 30 paylines and 5 reels. The top non-progressive jackpot that can be won is 10,000 coins. Paying symbols that appear on the reels are Poseidon, dolphins, turtles, shark, ancient Greek war galleys (triremes), squid and the usual card icons from 9 to K. The slots offers an average return to player (RTP) payout percentage of 96.5%. The wild symbol is Poseidon but more on it in a bit. Up to a maximum of 10 coins can be wagered per line. The coin range makes provision for low and high-staked players. Before you spin the reels ensure that your average bet per spin is in line with your budget.

”There’s plenty of wins to uncover in Rise of Poseidon slot game at the gambling destination filled with sun, sand and fun.”

The wild symbol is Poseidon and it’s the highest paying icon; 5 of them at the maximum bet per spin pays out a cool 10,000 coins. The wild also has a 2x multiplier attached to it when it appears in a winning combination.

When the Poseidon (wild) symbol pitches on reels 1, 2 and 3 it expands, every single win has a multiplier of 2x attached to it-not too shabby!

The scatter symbol is the trident and responsible for triggering the free spins bonus feature. The free spins are awarded as follow:

As you can see the more scatters (3 plus) that appear on the reels the more free spins you’ll receive.

Rival’s Rise of Poseidon is an enjoyable slots with a decent free spins bonus feature where you can win up to 36 of them and a wild that’s also not shy to get in on the act too. Graphic wise the visuals are not over the top but adequate, I’d say the game gets down to business right away. It’s a  low to medium variance slots. Wins during the base game are okay especially if three or more wilds with 2x multipliers rock up. As always the biggest wins are reserved for the free spins. 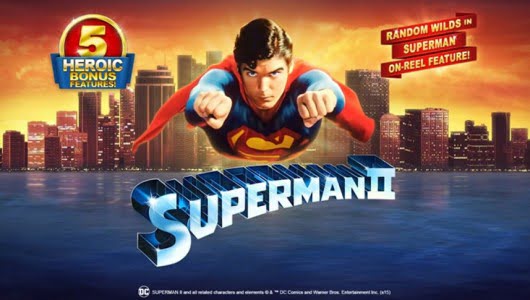 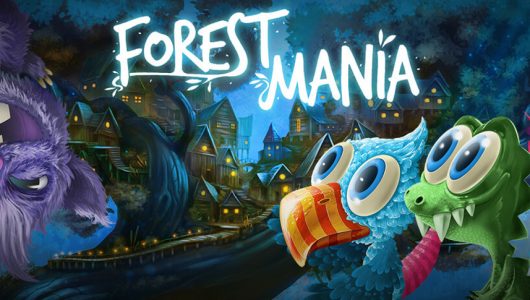 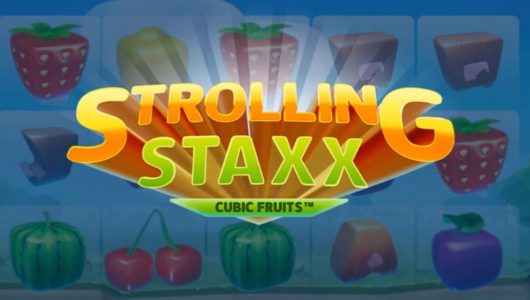