As the Reels Turn 3 Slots Review

As The Reels Turn 3

Powered by Rival Gaming with their latest installment, As the Reels Turn 3 is a popular slots series where this version is titled “Blinded by Love;” a continuing tale of El Paradiso Casino general manager Matt Gray and his companions. it’s a 5 Reel 15 payline slot, those that are familiar with the first two installments will notice this version of the game takes a slightly different approach and though, there are less bonus features, there is a greater chance of increased winnings in these rounds.

This game review by Casinowhizz will break down all that As the Reels Turn 3 has to offer from the basic features to the standard wins along with the bonus features. to play this game for free or real money just select one of our recommended casinos above in the “Where to play” section. 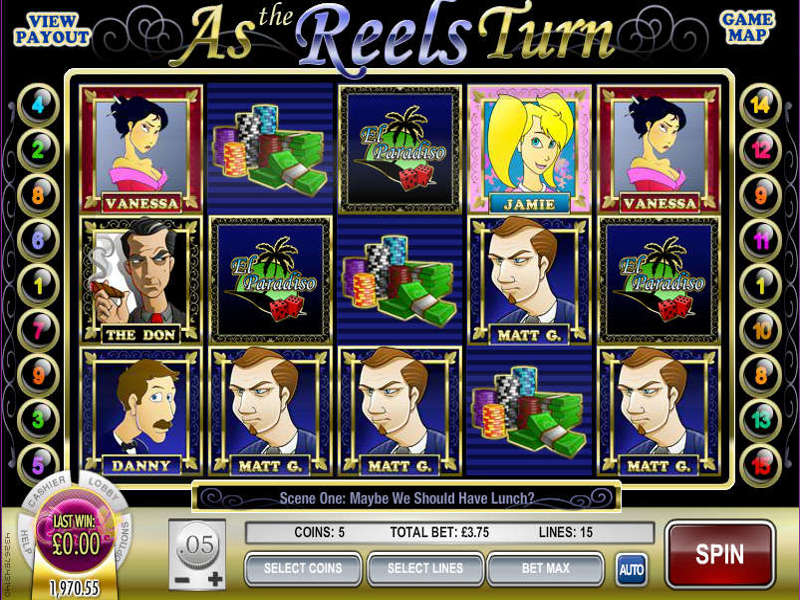 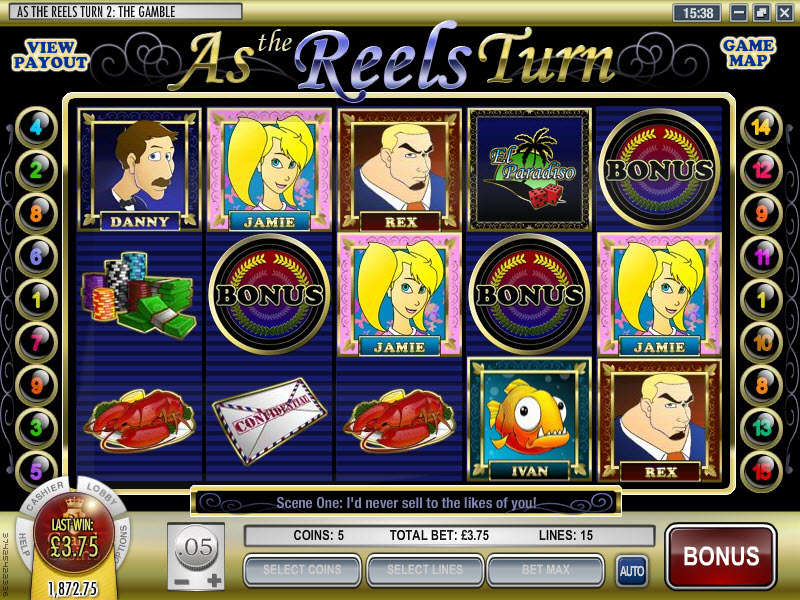 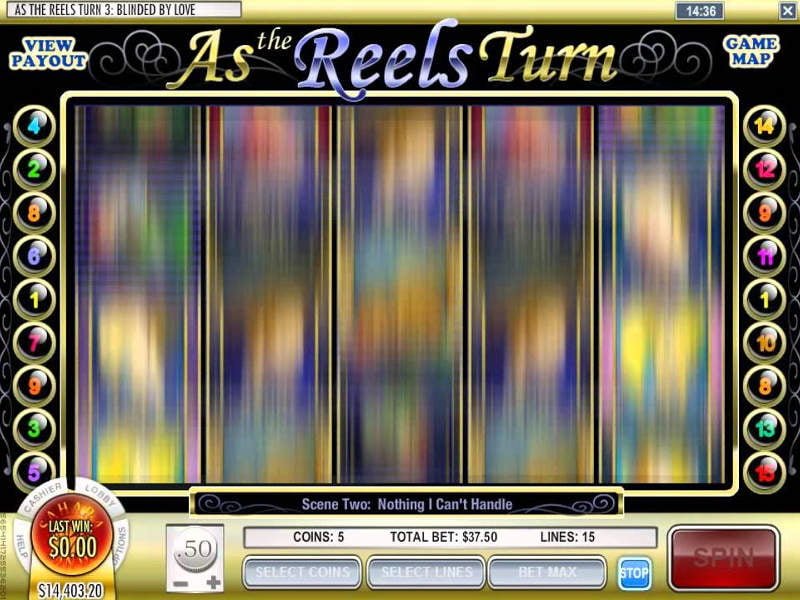 Besides the evolving storyline and the many featured characters, Much like the previous two versions, the top symbols are the “El Paradiso,” and the “Chips and Cash” symbols. This time around, however, Danny from version 2 is now a standard character/symbol and is part of the second rung of winning symbols along with Jamie and Ms. Livingston. The lowest winning amounts can be found on the bottom rung with Matt G and The Don and Vanessa. But, there is more to be had as you will find “Ivan the Fish,” “Pampers” and “Advance to Next Scene” all involved in the bonus features.

A bonus feature of Ivan the Fish will be activated when Ivan appears three times across all the reels. This bonus feature will give you 10 free spins and also activate Pampers, which may be a cross between a cat and a dog in some strange way. Pampers will appear in this bonus round and will expand to take up the entire reel when it hit. Pampers will act as a Wild symbol which will mean you will have a whole reel of wilds to go wild over. Multipliers will consist of 3x if one appearance by Pampers and 4x if appearing twice.

The next bonus round to be activated is the Advance to the Next Scene which occurs when the symbol appears three times across all three reels. At this stage of the game, it’s time to play dress-up with a “Danny Costumes” bonus game. The object here is to impress Jaime by choosing an item of clothing for Danny to wear by hitting “Stop” on a chest of drawers… except the drawers are quickly opening and closing. Do this with success and put some cash in your pocket based on the outfit you choose.

Once this is completed be prepared to be taken to the next and latest scene on the game ‘map,’ which is basically a short animation of the ever evolving storyline. The first scene out the gate involves Danny and a rather intriguing tennis match, where in this case he certainly has met his “match.” This is worth seeing but there are more scenes to uncover every time a bonus round is hit.

As part of the Rival Casino software, “As the Reels Turn 3” is part of a series of games that have been developed with the purpose of adding to the interactive features with an ever evolving storyline. All iSlots games can be played by instant play using your regular web browser or may be downloaded available on both PC and MAC. The game is also smartphone and tablet compatible using the latest in HTML5 technology letting you play the game mobile anywhere on nearly any device including Android, IOS and Windows.

For those of you that have played the first two versions of “As the Reels Turn 3” and enjoyed it may not be as happy with this version for the simple fact so much of the game revolves around the standard reels as the bonus features have been cut in half. However, you do have the potential to make more money in the bonus round which is appealing as well. One thing is for sure and that is the great sense of humor we come to expect when playing “As the Reels Turn 3.”