Queen of the Castle Slot

Queen of the Castle a medium to high variance video slot from NextGen Gaming has 576 ways to win, 5 reels and pays a non-progressive jackpot of 3,087x your stake on one spin. It’s played on a 3x4x4x4x3 reel set.

Does it have any in-play bonus rounds? You bet. There’s a bunch of red and purple mystery chest nudges that pop up during the main game and locked reels. Wins can be anything from 5x to 150x your stake especially if you land a full screen of wilds. There’s a Tower Meter free spins feature too, the higher the level the more free spins you’ll receive. Overall there’s plenty of bonus features but we feel that it’s expressly for fans of the theme.

With a medieval look the graphics on display are cartoon like, against the backdrop of the reels is the castle. Symbols on them are cards from Jack to Ace, the castle’s queen (wild), 4 coloured gems, bags filled with money, dogs, castle banners and the bonus shield (scatter). The queen’s banner pays 20x your stake for 5 while the Shield Bonus scatter pays 120x your stake for 3.

The average return to player percentage (RTP) of Queen of the Castle is 96.508%. 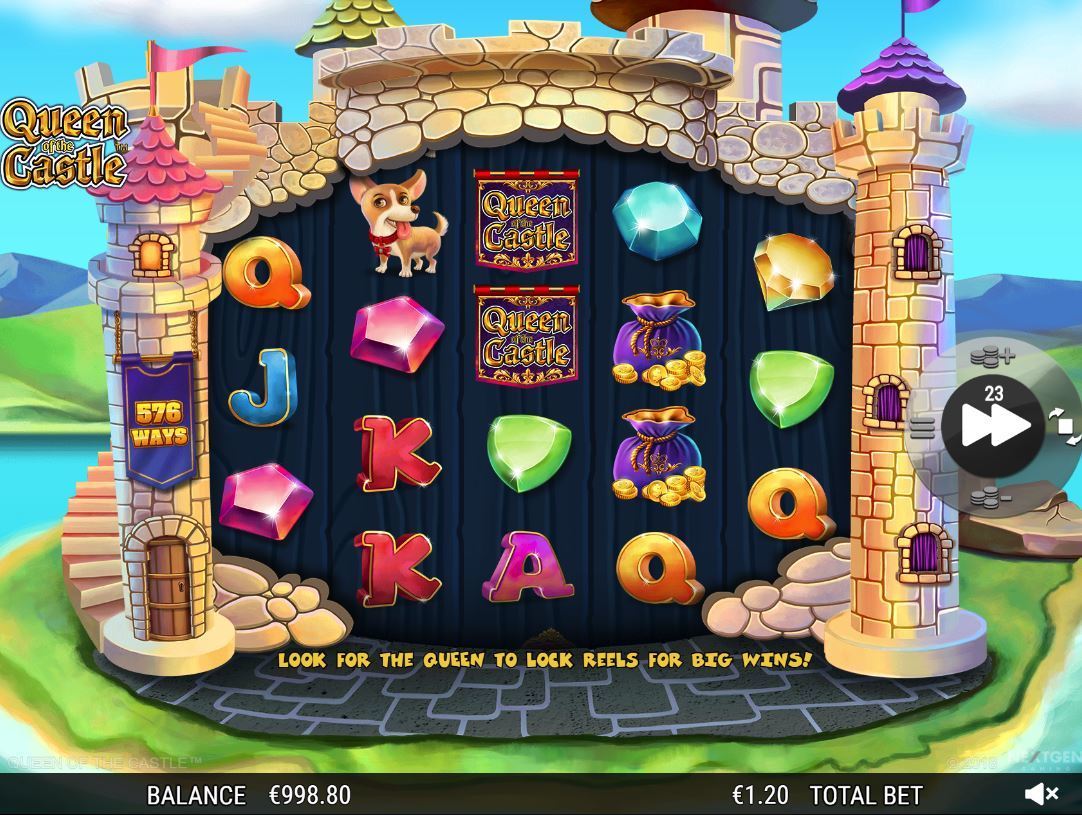 Whether you have a small or a large bankroll it doesn’t matter, payouts during the main game are good but even more so during the bonus rounds. Standard customization options such as Auto Play, audio, Max Bet, Paytable (i) and coin denomination are at you finger tips. The smallest bet is £0.40 and the maximum bet per spin is £20. It can be played on the go as well. 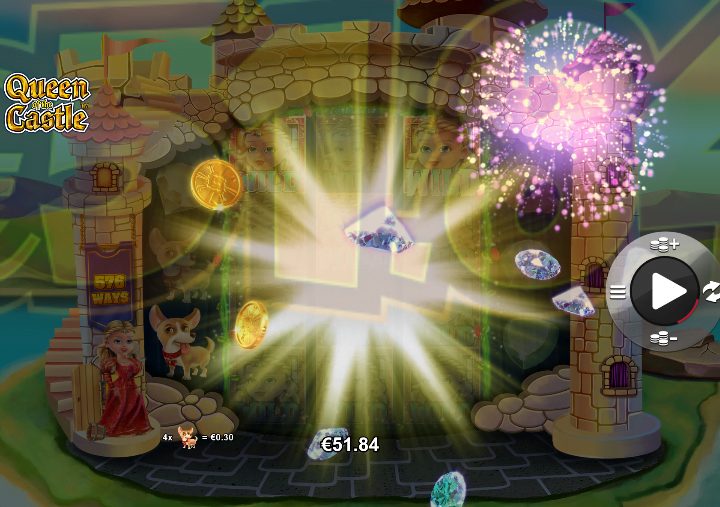 The bonus feature can be triggered on any spin during the main game. When it’s triggered vines wrap around reels 2, 3 and 4, they become locked while the reels spin showcasing the same symbols in the locked position.

For each level cleared the Tower Meter resets. Once you reached the 4th level, the Tower Meter is reset to 6 meaning that an unlimited amount of free spins are up for grabs. It’s an exciting free spins feature because you can also trigger the 4 other bonus features, assuming the same symbol pitches on the 3 middle reels.

Queen of the Castle has plenty of bonus features and an indefinite amount of free spins can be won. Making it an exciting game to play, with all this being said we find the theme disconcerting because it’s more suited in a child’s play store then a game for adults. In general payouts are good, after all we did manage a full screen of wilds!