Octopus Treasure is a video slot from Play’n GO that takes you on an underwater adventure. Nothing new as far as its theme goes.

The slots for real money has a standard reel set up of 5 reels, 3 rows, and 20 paylines. For what it’s worth it does have a few tricks up its long tentacles!

The jackpot of Octopus Treasure is in line with Play’n GO’s other jackpots of 5,000x your stake. If you’re looking for something special. Try your luck on Play N’ Go’s Wealth series: Beast of Wealth, Temple of Wealth, or Celebration of Wealth.

You can spin the reels from £0.20 to £100 per spin. The low volatility in conjunction with the betting range works wonderfully. And, you can play the slots for free if you don’t want to risk your money. 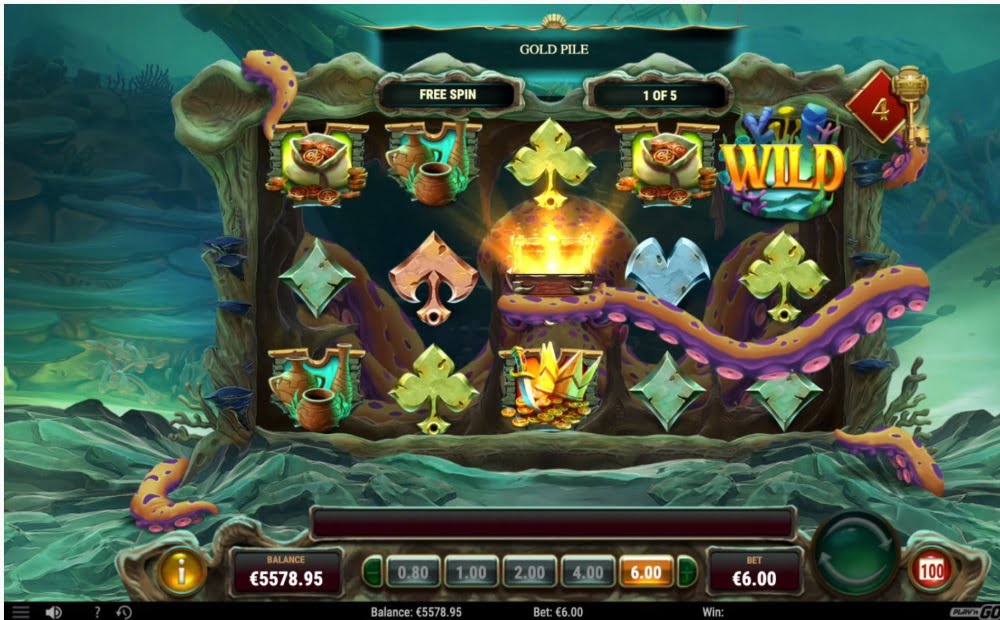 On your first deposit, they inject your bankroll with a bonus of 100% and some Free Spins. Moreover, the pay your real money slots winnings via Neteller within 20 minutes.

Thematically, Octopus Treasure is all about you trying snag treasures from a very angry octopus. That’s a neater idea than exploring a sunken ship, for example, although the symbols are about the same. 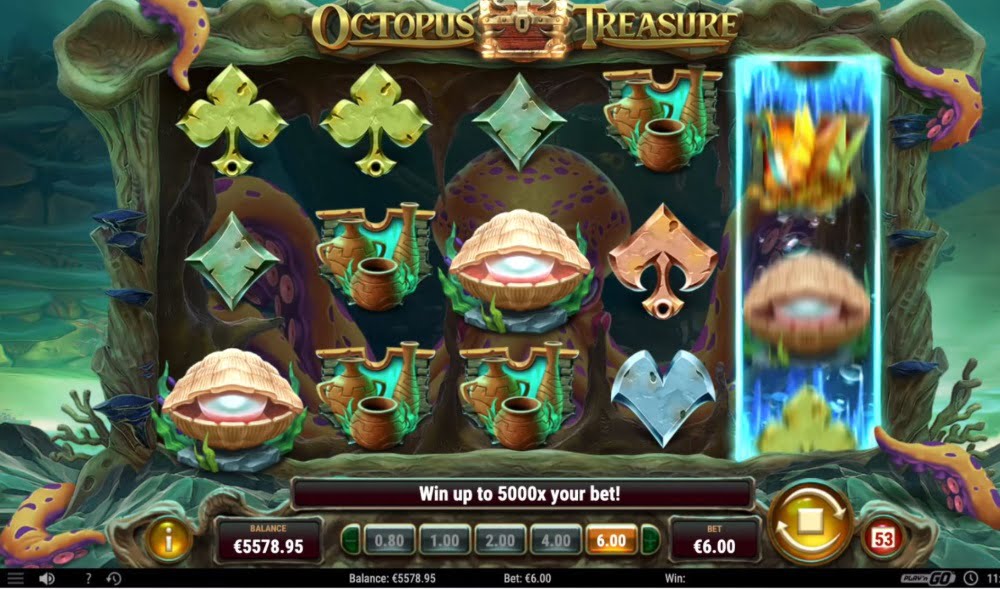 During any base game spin, a unique Key symbol can pitch along with one of four Reel Modifiers.

Each Reel Modifier offers its own special rewards and they can be generous.

After the wins from the aforementioned Reel Modifiers. Octopus Treasure slots boost each Modifier payout with a random win multiplier of 2x, 3x, 5x, or 10x. It doesn’t happen often, but it’s sweet when it does!

Now, you’ll trigger the Key Re-spins feature when 3 pearl scatters pitch on reels 1, 3, and 5. Bear in mind, only Key symbols appear on the reels. Depending on how many appear, you’ll get between five and ten Treasure Spins.

Each Treasure Spin has one of four Reel Modifiers, while each Key symbol awards you an extra spin. The best part is that there are no limits on how many extra spins you can win.

Thanks to the generous amount of Free Spins and the Reel Modifiers. 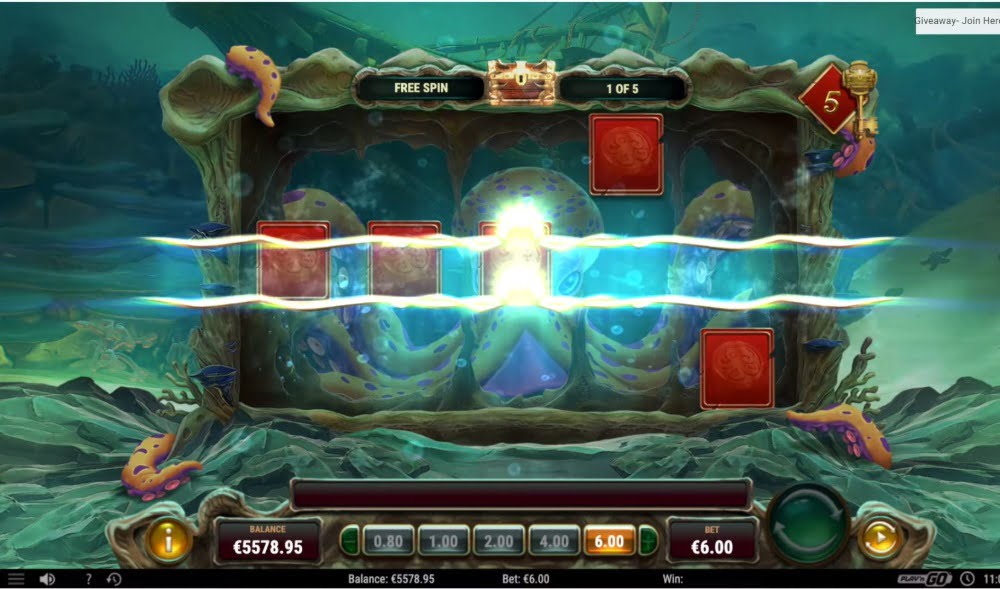 We’ve spent quite some time with Octopus Treasure and we have to say we had a blast!

Right off the bat it’s one of Play’n GO’s better releases of late. Overall, it feels fresher than Nyjah Huston – Skate for Gold and its special features are easy to trigger.

Given the medium volatility, it’s a mean octopus that won’t part ways with its 5,000x treasure that easily. Your odds of winning the top cash prize is one in millions.

We’re not always fans of Play’n Go’s slot games because they can be volatile at best.

Now and again a true gem comes along that causes us to pay attention and take notes. One of these ‘gems’ is Jolly Roger 2. It’s teeming with special features. Moreover, it sports impeccable visual fidelity and a jackpot of £500,000. So, if you’re into slots to play with a pirate theme, you’ll be nuts about it.

WHATS NOT SO HOT?