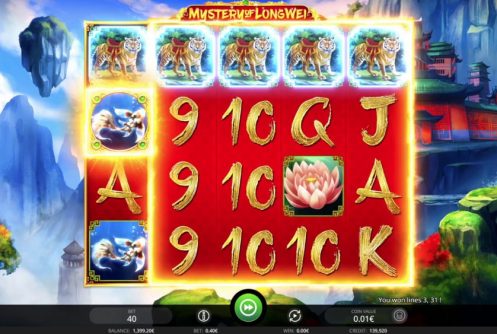 Mystery of LongWei is an Asian themed medium to high variance 5 reel 40 payline video slot from iSoftBet that takes you along the infamous Silk Road in China. With an average return to player (RTP) percentage of 97.1% and a hit ratio of 28.28% it comes with exciting re-spins and a free spins feature (2 bonus modes) that awards 10 up to 30 free spins with multipliers.

The visual display of the game is flushed with red, against the backdrop of the reels you’ll see a palace situated in the mountains. Keep a close eye on the Mystery Symbol, if it lands on the first reel it triggers the Colossal symbols for even bigger wins! Mystery of LongWei offers a top jackpot (non-progressive) of 1,000 coins on one spin.

The symbols on the reels include the tiger, lotus flower, dragon, cards from 9 to Ace (low value), koi fish, flaming phoenix and panda. The most lucrative symbol is the phoenix, when 5 of them appear on the reels at the maximum bet per spin you’ll receive a payout of 25x your bet. 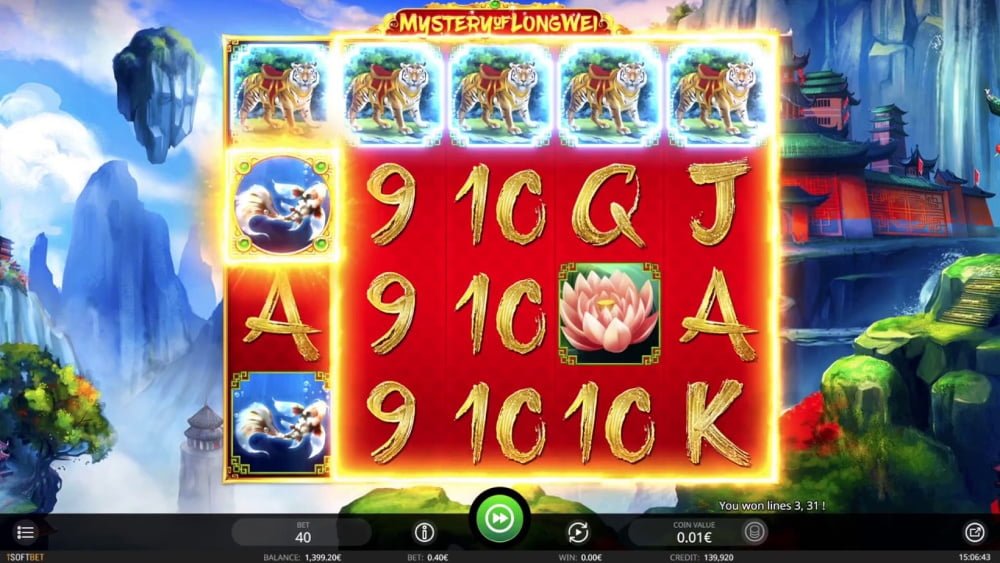 The game can be played from £0.40 up to £40 per spin on mobile phones or PC desktops, it can be played with free credits too. The Auto Play feature spins the reels for you automatically. Players who plan on playing the game for a long session can use the feature.

Mystery of LongWei has two distinct in-play bonus rounds, the first one is the Dragon Colossal Spins and the other is the Free Spins feature that’s played when 3, 4 or 5 scatters appear – more on this in a bit.

When the Dragon symbol pops up on the 1st reel the feature is played. On the 2nd and 5th reels you’ll see Colossal symbols, mystery symbols during the re-spins will be revealed by the dragon when they appear on reel 1. As long as the dragon keeps on appearing re-spins will be awarded.

The free spins feature is initiated when the 3 or more scatters appear, anything from 10, 20 to 30 free spins will be awarded. The free spins you’ll get are proportionate to the scatters. The colossal symbols enjoy centre stage during the feature (reels 2 to 5).

The Mystery of LongWei is a simple slots, for once we weren’t blown away by the visual display but by the simplicity of the bonus rounds and the payouts they have to offer.
The Colossal symbols spices up the re-spins and free spins feature, the latter feature is difficult to trigger though. The top cash prize that can be won is 400x your stake on a single spin. 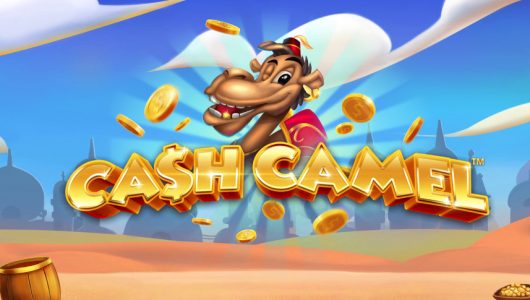 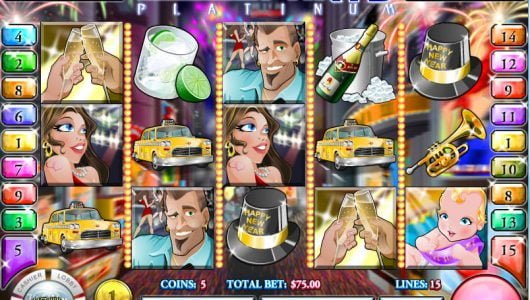 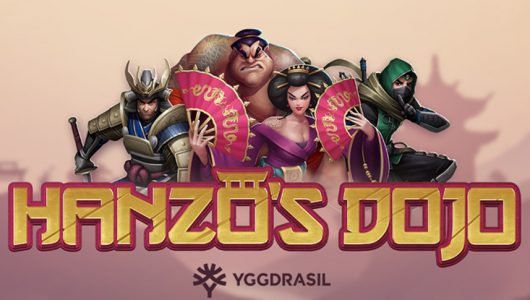