In addition to that, 2 to 7 symbols can appear on the grid on any random spin.

As you can see the Megaways system is in full swing here. The theme of the Megaways slot harkens back to the days of the mob in East London.

More to the point, it’s about the 1960’s East End gangsters. The visual display depicts cartoon-like graphics with a touch of humour.

Slotters can play for a jackpot of $250,000. Once you’re ready to play Megaways Mob slots for real money.

You can start spinning from $0.20 to $100 per spin at online casinos that pay real money.

The steak and chips of the slot are a Pick Me Bonus, Mystery Symbols, and Free spins with progressive multipliers.

Moreover, there are two random features slotters can cash in on in the base game. Before you start spinning make a mental note of the volatility.

It tips the scales an 8/10 on the Whizz’s slots scale. In other words, it’s high! 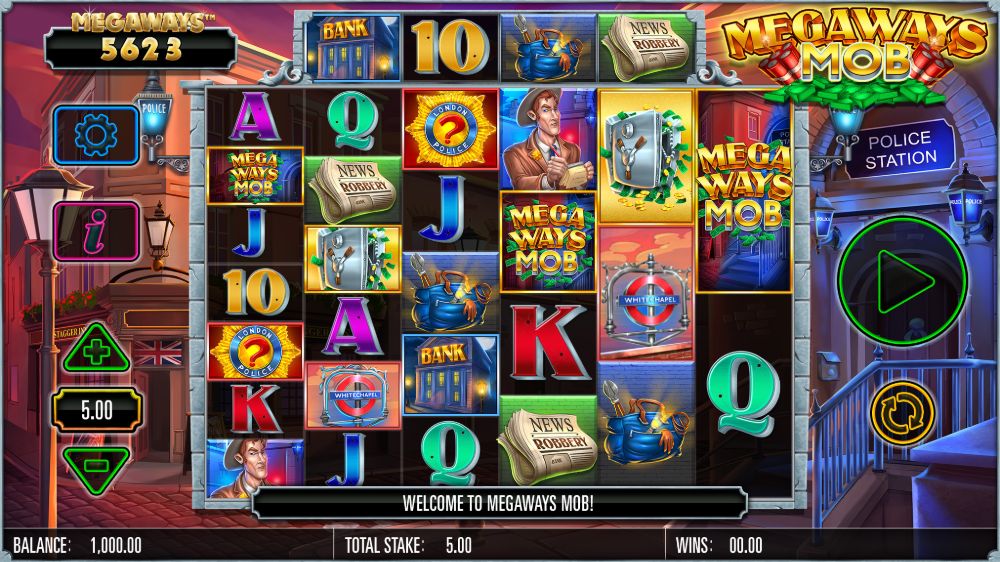 The RTP of Megaways Mob is 94.40%. Needless to say, it leaves a bitter taste in our mouths.

A London street with a copper station serves as the backdrop for the reel set.

The ‘Bobbies’ chase the bad guys across the reels, or in this case the mob. They also hurl dynamite onto the grid which activates the bonus rounds.

Interestingly, Sir Robert Peel coined the name ‘Bobbies’ as far back as 1829.

The low-value symbols are the cards from 10 to Ace. At the other end of the reels, we have high-value symbols.

They are the white chape underground sign, detective, newspaper, tools, and the logo.

Catch 6 high-value symbols on the grid, you’re looking at a payout of up to 20x the stake.

The wild symbol is the two crooks, the wild subs symbols adjacent to it for a cash prize. 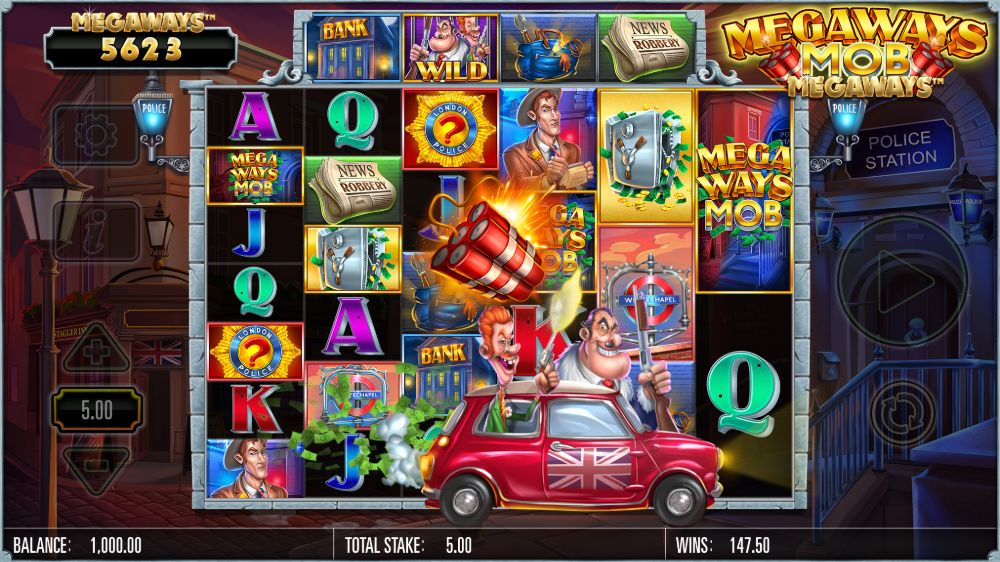 The Cascading system and the Megaways slots are like peas in a pot. The Cascades remove winning symbols from the grid and new ones replace them.

Triple Juicy Drops from Betsoft Gaming is a great slot for US players with a Cascading engine.

Casino gamblers can play the game at online casinos that accept Americans.

There are three extras in the base game that either triggers the free spins feature. Or, they pay big, they are:

To trigger the slot’s most valuable asset, the Free Spins feature. You need 4 or more scatters at any position on the grid in the base game.

Furthermore, the appropriate scatters trigger 12 free spins. Extra scatters of 3 or 4 on the top reel drop another 6 to 12 free spins as well.

The mob also awards a progressive win multiplier of 1+ on each cascade.

We didn’t land any big wins because the RTP of 94.40% nailed us from the first spin.

Perhaps you’re luckier than the Whizz mob. Our best advice is to play the slot with free credits.

After all, it’s risk-free and take notes as you play. We can tell you now it’s difficult to trigger the free spins. 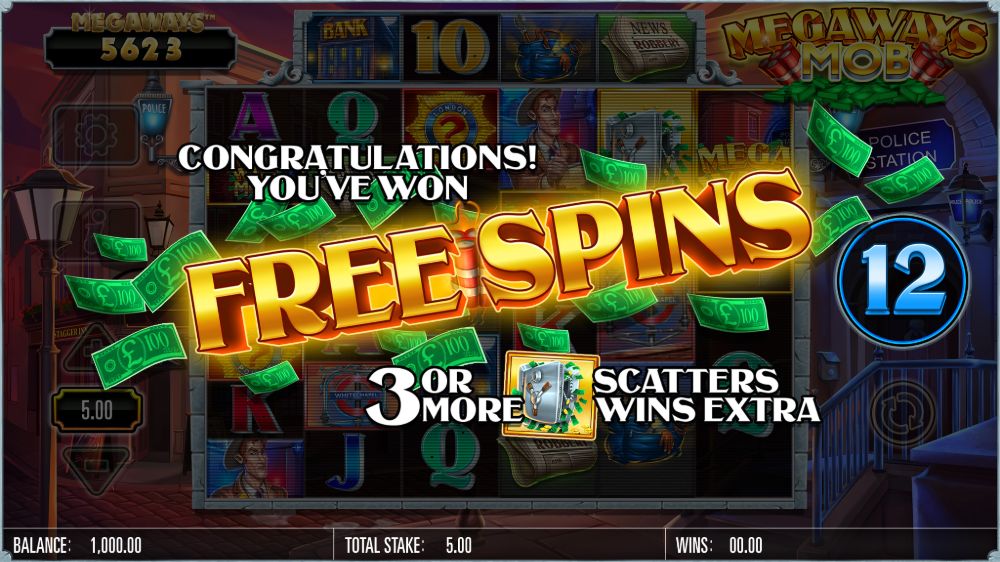 Storm Gaming did a few things right while it drops the ball with others. Let’s start with the most obvious one, the elephant in the room.

The RTP of 94.40% is lousy at best. As a result, the studio smacks the game’s appeal right in the centre of its forehead.

Perhaps not the best explanation, but you get what we’re implying. Then there’s the jackpot of 76,000x the stack jackpot.

Initially, it sounds like a whopper but it is not. Sadly, Storm Gaming caps it with a maximum payout of $250,000.

We dig the royal removal system since it can drop a few big wins.

Also, the free spins feature with its progressive multipliers is great. Besides, the audio track goes nuclear which makes it a pleasant outing.

In the grander scheme, Megaways Mob just makes the Whizz’s cut. If you can work your way around the shoddy RTP, it’s an enjoyable slot.

However, don’t try and apprehend the mob bosses over the long haul. It will be like taking a chainsaw to your bankroll.

Perhaps the best strategy here is a session or two. But, hit ’em hard!