We’re not seeing as many Norse-themed slots from Yggdrasil as we used to. With its partnership studio ReelPlay, Yggdrasil started venturing into unchartered waters.

In other words, we’re seeing a variety of themes. Furthermore, Mega Pearl Gigablox slot has 40 paylines, 6 reels, and 4 rows.

More importantly, the online slot combines the Asian theme with the Gigablox engine. You’ll also play for Respins and there’s a Buy Option as well.

Moreover, the slot game celebrates the largest pearl to date namely the Pearl of Puerto.

One lucky diver found it in the Philippines in 1996 and it weighs a whopping 34kgs!

The visuals depict the usual Asian fanfare with a dragon pagoda leading the charge. Mega Pearl Gigablox offers a mish-mash of small and big numbers.

It’s a low variance slot for real money with a hit frequency of 21.10%. The jackpot on offer is 16,297x your stake. Initially, it looks like a chunk of cash but it’s not.

We say so because the maximum bet is $14. Penny pinchers can play for $0.40 per spin at the top casinos that accept real cash bets.

If you’re up for a bit of Gigablox action. Reserve a seat on the Mega Pearl Gigablox express train. 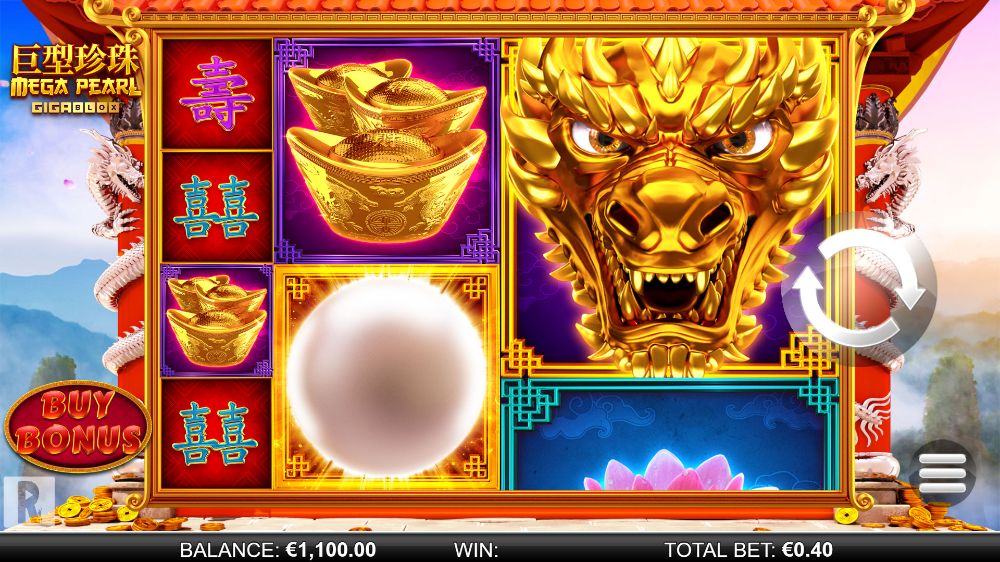 The RTP or payback rate of Mega Pearl Gigablox is 95.05%. The good news is that the average payout percentage is not a deal-breaker.

When you register an account at the best casinos online in the United States.

You can play Kensei Blades with free cash or with real money.

An Asian temple serves as the backdrop for the reel set which gives it a touch more authenticity.

Onto the symbols. The four Chinese characters are the premiums with payouts of up to 1.25x for 6.

The other symbols on the grid are flowers, lanterns, coins, and the dragon wild. And, the Wild replaces symbols during winning combinations.

Besides, you need at least three matching symbols for a payout. 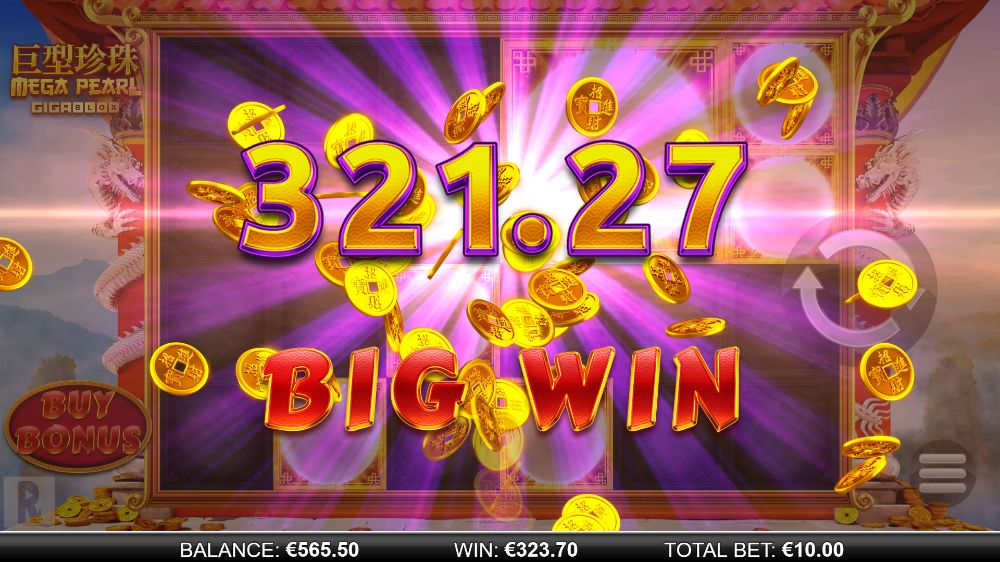 The Gigablox engine comes into play on any base game spin. As such, the size of the blocks ranges from 2×2 to 4×4.

The nice bit about the Gigablox system is that they can pop on any random spin.

Furthermore, the Gigablox symbols masquerade as wilds or scatters offering you payouts or respins. Nothing wrong with that!

To get into the Respins feature you need 6 pearl scatters for 3 respins. The symbols remain on the grid and they offer payouts of up to 1,000x.

You’ll reset the respins feature back to 3 when a pearl symbol hits. Above all, Mega Pearl symbols pitch when pearl symbols appear as 2×2 squares or larger.

Keep an eye on the Mega Pearl symbol, it’s twice the value of the pearl symbols.

When you run out of respins the bonus round ends or when the grid is chockablock with pearl symbols.

If the bonus option is available you can flick it on at 80x the stake.

On your next spin, 6 pearl scatters drop on the grid awarding you respins.

To see if the slot is for you play it with free credits to test its mechanics and payouts.

The low volatility and the RTP really didn’t do it any favours. But, hey, that’s just us. 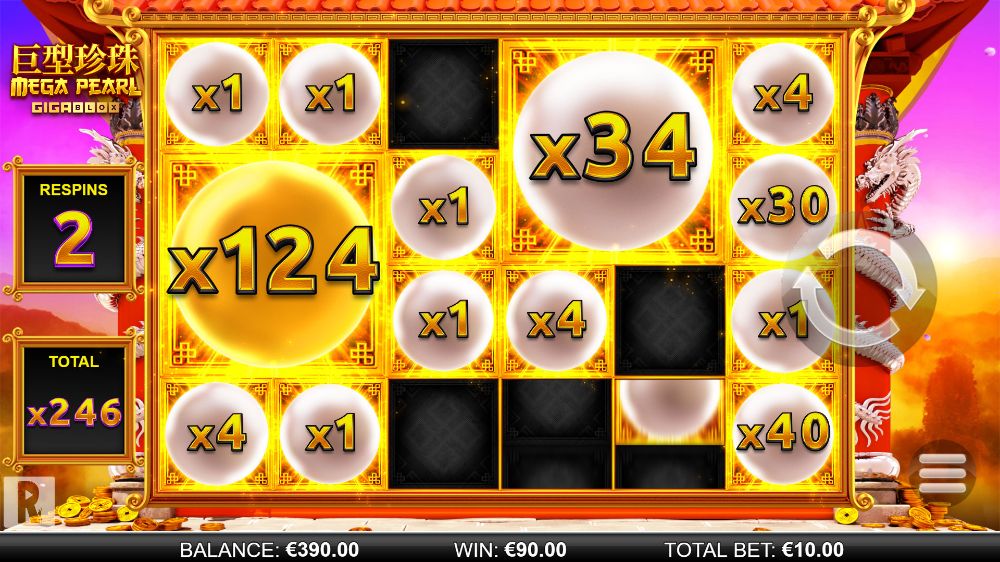 The Gigablox engine shines throughout the base game and the Respins feature. As a result, it’s quite easy to catch a few 2×2 or 4×4 symbols.

That said, the payouts for the 4×4 symbols could have been better.

The graphics and audio track successfully pull off the Asian theme which gives it a unique fragrance of its own.

Onto the not-so-good. Couple the low RTP with the volatility it does not make any ‘slots sense’. Sadly, Mega Pearl Gigablox has more jeers than it has cheers.

Despite all its theatrics, Mega Pearl Gigaxblox has the right tone. The low RTP and ‘smallish jackpot’ drags the slot down for us.

ReelPlay didn’t state if Mega Pearl Gigablox has any RTP ranges. Check the paytable before you play.

The last thing you want is to play the slot with an RTP that’s even lower than 95%.

In the end, it felt empty because beneath its pulsating exterior; it’s just a bog-standard slot with an Asian theme.

Jurassic Party takes you on an exciting romp with dinosaurs! Relax Gaming infuses the slot with insane graphics, a $1 million jackpot, and 7 free spins.

Rise of the Valkyrie