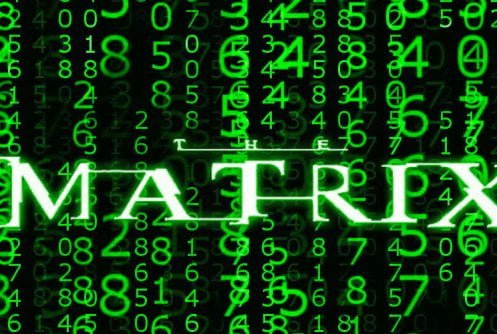 Fans of the Matrix will be happy to hear that Playtech slots released version based on the popular 1999 films. Bonus games wise it starts with a Déjà vu Shuffle that comes with 2 wild reels which shuffles the reels and 2 free spins features. The Wachowski brothers created the films; it plays off in a world taken over by sentient machines which feed of the energy from human bodies.

The first free spins bonus awards 8 free spins along with agent Smith who acts as the wild while the other one can award a slew (unlimited) of free spins replete with sticky wilds. The Matrix offers a non-progressive jackpot win of 500 coins.

It has 50 paylines, 5 reels and can be played on mobile phones and PC desktops at our best rated playtech casinos from 50 pence up to £500 per spin. The visual side of the slots is clear-cut, easy on the eye and vibrant.

Paying symbols that appear on the reels are the black cat (wild), Morpheus (Lawrence Fishburne), Agent Smith (Hugo Weaving), telephones, code, sunglasses, Trinity (Carry-Ann Moss) and Neo which is the wild (Keanu Reeves). The latter symbol pays the top cash prize of 10x your stake when 5 of them appear at the maximum bet per spin. The Matrix slots has an average return to player percentage (RTP) of just above 96%. 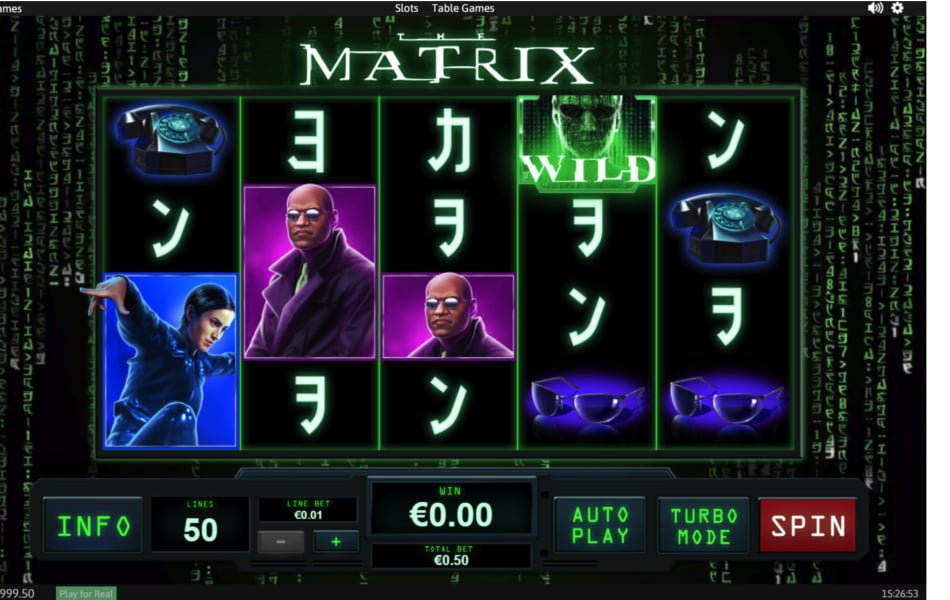 If you’d like to get an idea how the game pays out at different bet levels before you deposit real cash it can be played for free. The coin denomination is £0.01 up to £2.00 (£100 per spin). The Auto Play feature spins the reels for you from 10 up to 99 times.

There are 2 wilds in the game. The first one is the code-styled Neo, it completes winning combinations when it substitutes all the other symbols except the scatter (Free Games logo). The other wild symbol is the black cat which only pitches on reel 5 during the main game. 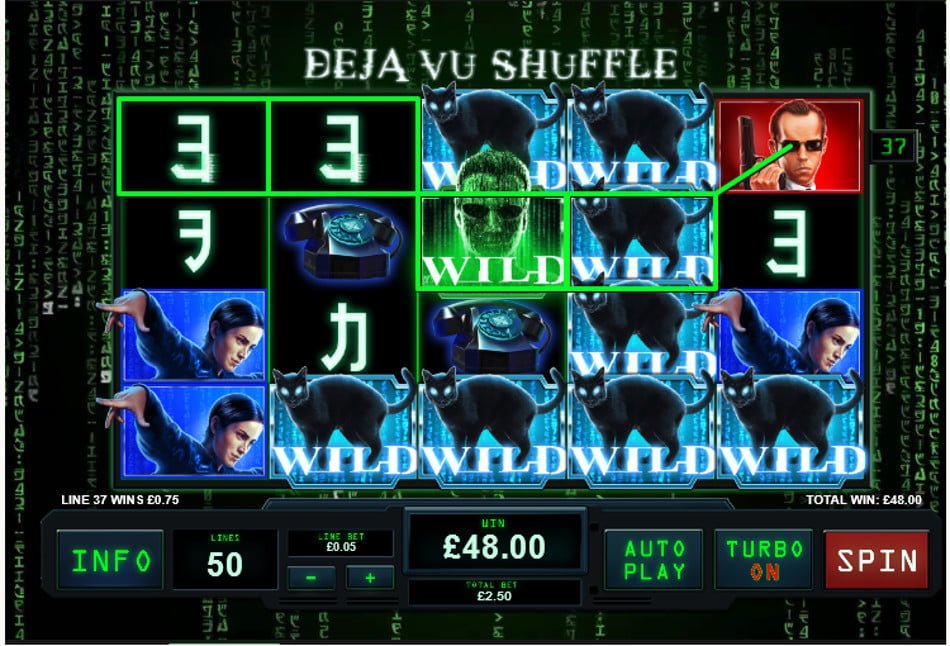 When the fifth reel is covered in full by the black cat wild, the Déjà vu Shuffle bonus is initiated. Two fully wild reels occur when the wild duplicates to reel one-increased winning combinations occur when the other wild reels shuffle.

When it comes to The Matrix’ in-play bonus modes its 2 free spins features steals the show, each is triggered when the Free Games scatter icon appears on the first, third and fifth reels respectively. Unfortunately the free spin features cannot be re-triggered. Once initiated you must pick one of two free spins:

An unlimited amount of free spins can be won, here you’ll see the killing robot (sentinel) inundating the reels. When it pops up it sticks to the reels but there’s a catch as well, if the orb appears all sticky wilds will be removed. The free spins stays as long as there are 6 wilds on the reels.

With three impressive bonus features and slick graphics we’re confident that The Matrix will be a hit with players. We played it with a bankroll of £300 at an average stake of £2.50 per spin. We find the bonus features to be top-notch and base game wins are pretty good too.

The free spins feature that’s our favourite one is the Nebuchadnezzar, because of those sticky wilds and an unlimited amount of free spins can be awarded. It took us around 80 spins (£200) before we unlocked the free spins mode. It’s a sold slots with the potential for some big wins both during the main game and free spins. 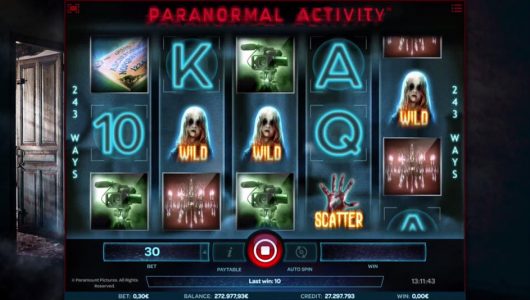 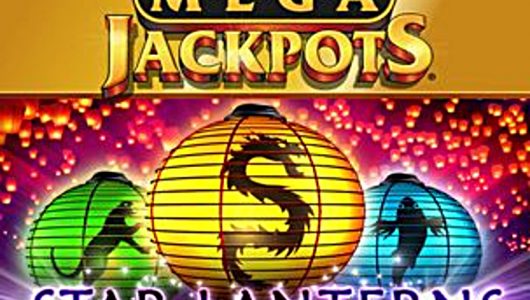 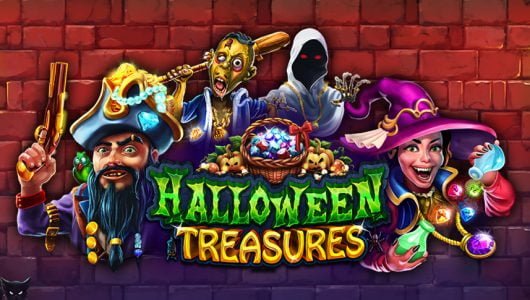