Lordi Reels Monsters is a Play’ GO video slot with 7 reels, 7 rows and Cluster pays. It’s one of those slots where Frankenstein meets the apocalypse.

The theme of the slot is all about the hard rock band “Lordi”. The band’s hit song is “Hard Rock Hallelujah“.

If there’s one developer that knows how to punk it out it is Play’n GO. Besides, when it comes to rock slots, a soundtrack can make or break a game.

For a rock slot to be successful. Nothing works better than some heavy riffs to match players’ thumping hearts as they battle monsters for winning spins.

The slot features a bizarre assortment of ghoulish characters from Transylvania. Not the type of slot you’ll want to meet in a dark ally.

The graphics and animations may look bizarre but they’re freakishly good!

Moreover, Lordi Reel Monsters is a medium variance slot that clocks a 6/10 on the Whizz’s slots scale.

Slotters can bang their heads from $0.10 to $100 at the best casinos online that accept real money bets. 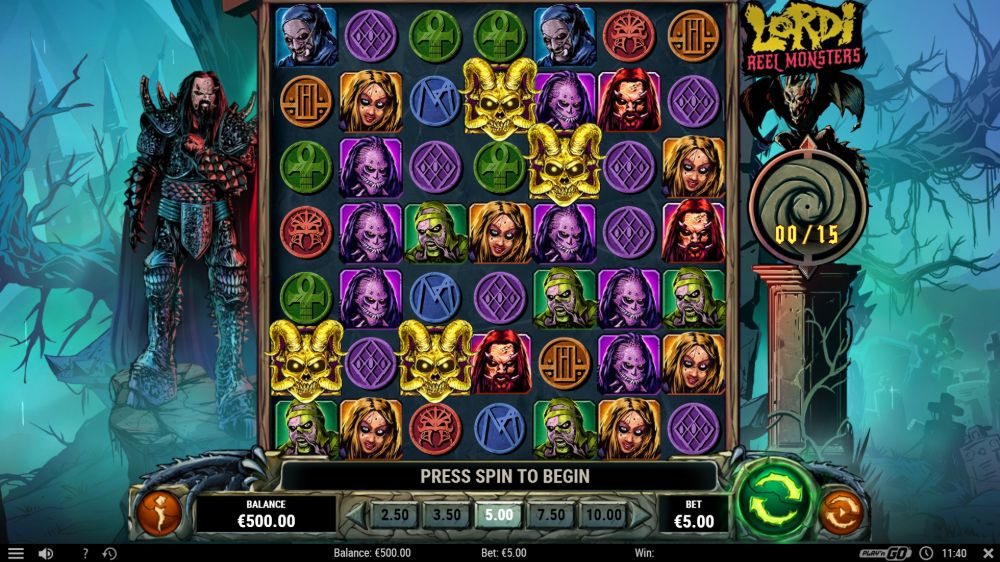 Lordi Reel Monsters has an RTP of 96.20% which coincides nicely with the volatility.

However, please be on the lookout for any RTP ranges because they can drop to in the 80s.

Gamblers from the United States can play Alkemor’s Elements at the best USA casinos online.

A graveyard serves as the backdrop for the reel set.

During a cluster win, the winning symbols disappear from the grid. New symbols replace them for repeat wins as long as a new clusters hits.

The skill with the glowing eyes and horns is the Wild. During winning combos it subs adjacent symbols on the grid. 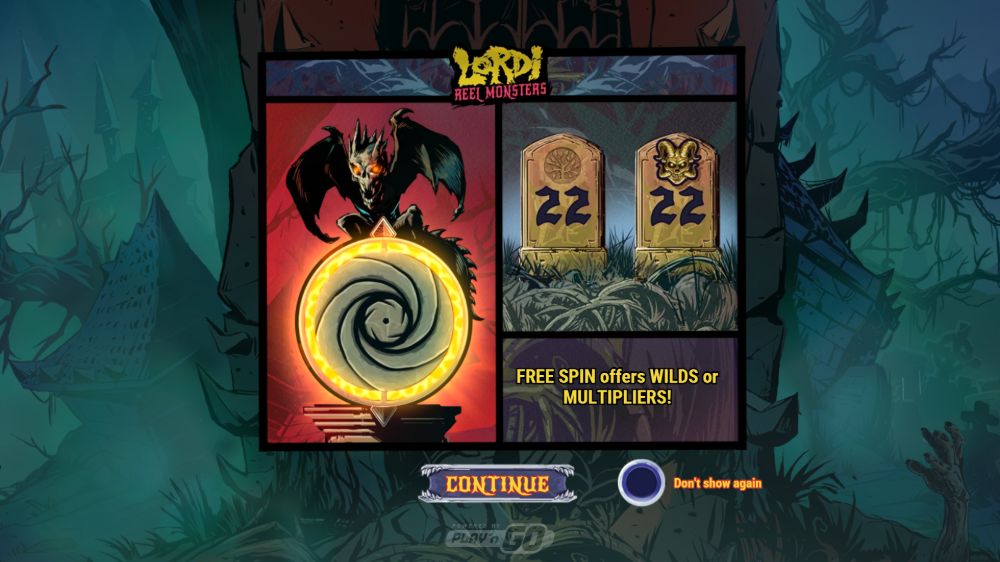 The Cluster Pays engine keeps things going throughout the base game and in particular the Free Spins.

Winnings symbols of 1+ go straight into the Charge Meter with 2 levels.

When you collect 15 charges the meter releases a Monster.

Furthermore, once you accomplish 40 charges you’ll trigger a free spin.

Upon conclusion of a cascade, and you have 15 or more charges on the Monster Charger; you’ll get the following Monster modifiers:

Lordi Reels Monsters has an interesting free spins feature. You’ll initiate the free spins bonus round when you collected 40 charges.

In addition to that, the free spins feature gives you two choices:

The Eurovision proved that Lordi is a band of note and no flash in the pan.

As a result of the game’s medium volatility play can become ‘stale’ in the base game. Luckily it’s not a deal-breaker.

The cascades on the other hand are wicket. They trigger the bonus rounds and they increase by 1+ in the free spins.

However, you’ll rock the game if you can fill the meter. Catching 40 charges is as easy as Lordi belting those high notes.

The 4,000x jackpot on offer is really not bad and in tune with the game’s volatility. Play’n GO brings a well-balanced slot to the table.

It’s not a rock slot for the ages, but one slotters can return to again and again. At least, the audio track is decent enough for fans.

Rock games truly earned their place in the world of online slots.

Whether they’re golden oldies like Testament, there are ways to enjoy the heavier side of slot gaming.