King Koko’s Quest is a Pariplay video slot that will take you right into the heart of a jungle. The online slot comes with a cool 5 reels, 6 rows, and 40 paylines. The game art is suitably gorgeous, the bonus rounds mint and the slot has many hidden treats!

In terms of bonus rounds, you can look forward to Walking Wilds, Wild Mania Xplosion and Free Spins.

King Koko’s Quest is perfect for players with one eye on their casino budgets. Moreover, the online slot couples medium volatility with a jackpot of 1,168x your stake. Throw in the high 40.42% hit frequency and you’ll have a good idea about where this is going. You’ll win on every 2 to 3 spins which is great.

You can play the slots online for as little as $0.20. While big spenders can risk as much as $200 per spin. King Koko’s Quest is available across our best Australian casinos online, even as a mobile slot. 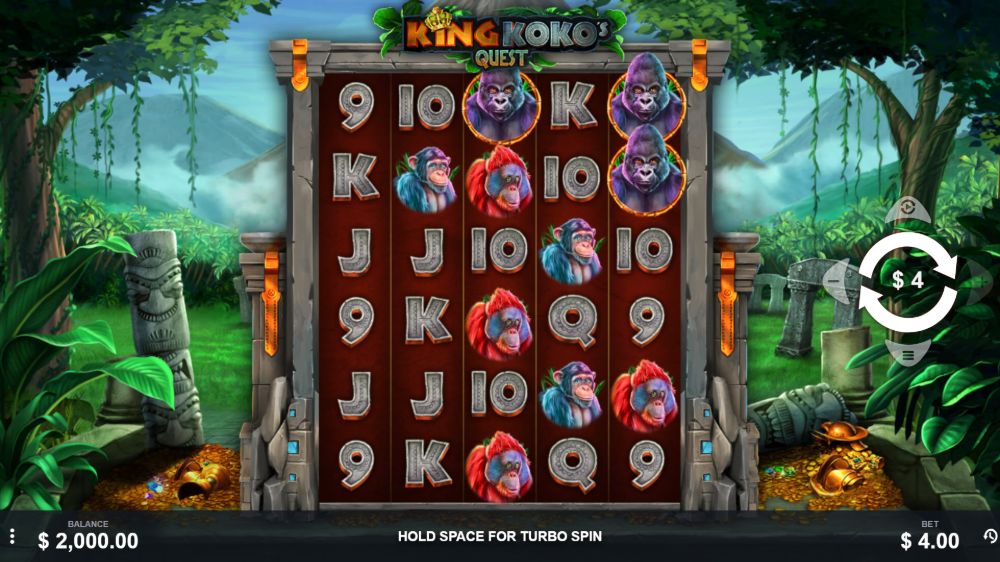 The default RTP of King Koko’s Quest is 96.24%. That’s a notch above average, but keep in mind that there are RTP ranges. That means you can find worse values at some online casinos, even as low as 88.08%. Now, the last thing you want to do is to play slots for money with that RTP!

The theme of the slot revolves around King Koko; a gorilla that can do quite some damage with his big fists. The low-value symbols are card ranks from Nines to Aces. The high-value symbols are various apes and King Koko himself. The production values are high and we want to give Pariplay a thumbs up for that. Also, you can win up to 10x your bet for a full line during the base game. 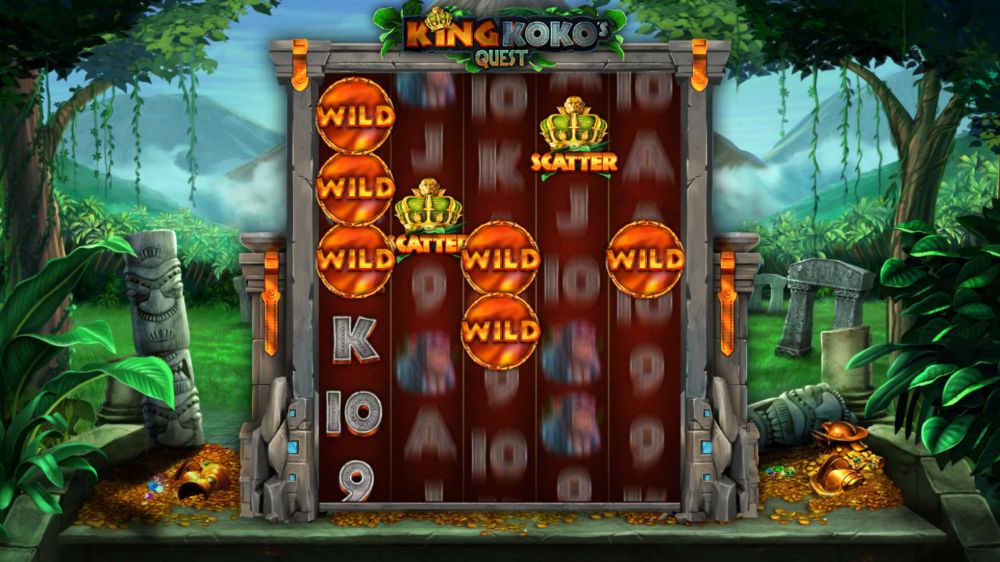 All Wilds that appear are Walking Wilds that move up with each spin. That means they can help you more than just a single time. Also, note that you can get extra Wilds on any random spin.

Whenever King Koko lands behind a Walking Wild, it will produce the Wild Mania Xplosion Feature. This will turn all adjacent symbols into Wilds for that spin. Suffice to say that this can lead to a big win. This doesn’t happen too often and that’s a bit unfortunate, but the juice is there.

Find 3+ King Crown Scatters – which also double as Wilds – and you’ll trigger the Free Spins Feature. You’ll receive 15 free spins, with no added twists. Note that all Walking Wilds will disappear when free spins trigger. You’ll get them back when you return back to the base game, though. 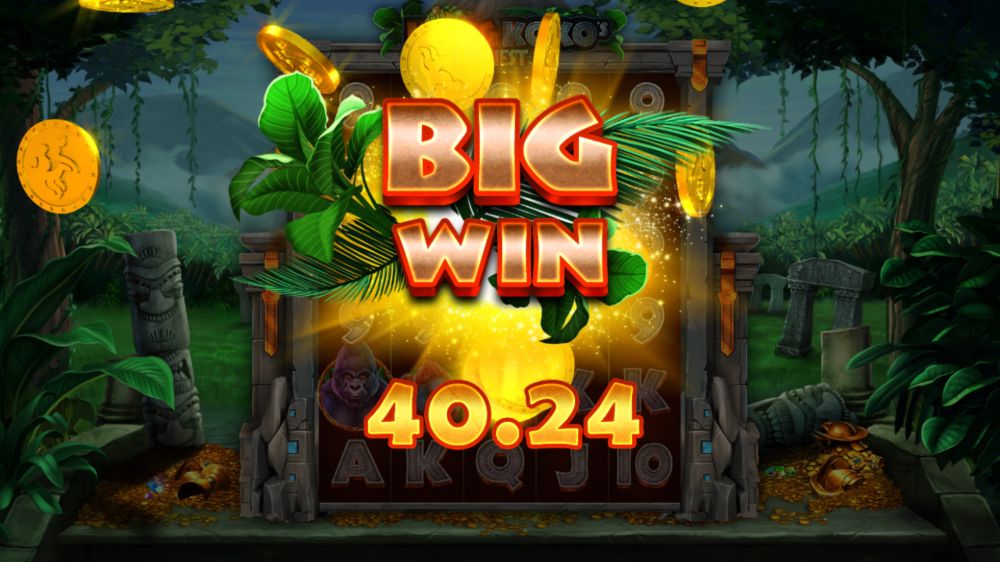 King Koko’s Quest feels good throughout, we’ve checked that out ourselves when we gave it a test drive. We played for two sessions, each worth 200 spins and we had a blast. The Walking Wilds are a great gameplay feature that shows up often as well.

We didn’t get any huge wins. After all, King Koko’s Quest is more of a casual experience than most other slots. That’s also because of the high hit rate that checked out during our testing. We did win per 2/3 spins on average, so the payouts will keep coming for you as well. The most that we got in a spin was 21x our bet, though, so don’t expect easy big wins.

King Koko’s Quest is a fresh Pariplay slot with some sweet bonus rounds. It’s great to have Walking Wilds move around and net you some wins over and over again. The free spins then bring the overall potential to the fore. The jackpot is on the lower side of things, true, but the variance isn’t harsh at all either.

That makes King Koko’s Quest ideal for casual players. Just beware of the RTP ranges. You need to find the default RTP version or not play at all. All the other options are way worse and the worst one is dreadful outright. Don’t even try playing if you get to that one, you’ll be wasting your money for no reason.

For a more exciting experience, try Helios’ Fury from Relax Gaming. It’s high variance action with a massive 50,000x jackpot that you can win. Thematically, you’ll switch to ancient Greece instead of a jungle. There, you’ll get Wild Respins and Free Spins with even more Wilds. The math model is high-risk high reward – a stark difference from King Koko’s Quest!