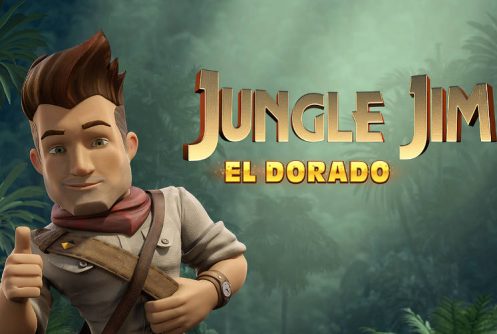 It's Microgaming so it was bound to be a cracker and that it is, another decent adventure slot with good payouts

Microgaming’s Jungle Jim El Dorado has 25 paylines, 5 reels and comes storming through the gate with a top non-progressive jackpot prize of 8,000 coins. With insane graphics the slots can be played on mobile devices such as Androids, iPhones, tablets and desktops in the free mode or for real cash. Return to player (RTP) for this game is of 96.05%

A striking feature is its Rolling Reel reels, in conjunction with a Multiplier Trail it increases wins during the free spins by up to 15x! The game mechanics is based on the same premise as NetEnt’s Gonzo’s Quest-instead of spinning reels they just tumble into place.

What’s the theme of the game about? It’s based on the legendary city of El Dorado, your mission is to assist our stouthearted hero (Jungle Jim) to find this lost city of gold. Many have tried and many have failed. Legend has it that there were many unsuccessful expeditions during the late 1500s.

Some explorers believe that El Dorado might be situated near a city called Manõa on the shores of Lake Parime. On the back of some tall tales, British adventurer Sir Walter Raleigh was adamant to find it but to no avail. By the beginning of the 19th century many people believed it was just a myth. Let’s leave it at that and just focus on the task at hand (https://en.wikipedia.org/wiki/El_Dorado). After all the game is so much more fun than trudging around the jungles of South America teeming with venomous snakes and all kinds of hideous creatures.

Against the backdrop of the reels is a South American jungle. You’ll see all manner of wonderful gems such as emeralds, sapphires, rubies, chests laden with treasures, deadly snakes and topazes on the reels. Jungle Jim El Dorado is such a captivating slots and plays along the lines of ‘Adventure Is Out There!‘ With 2 distinct bonus modes it offers an average payout percentage of 96.8% to the player. 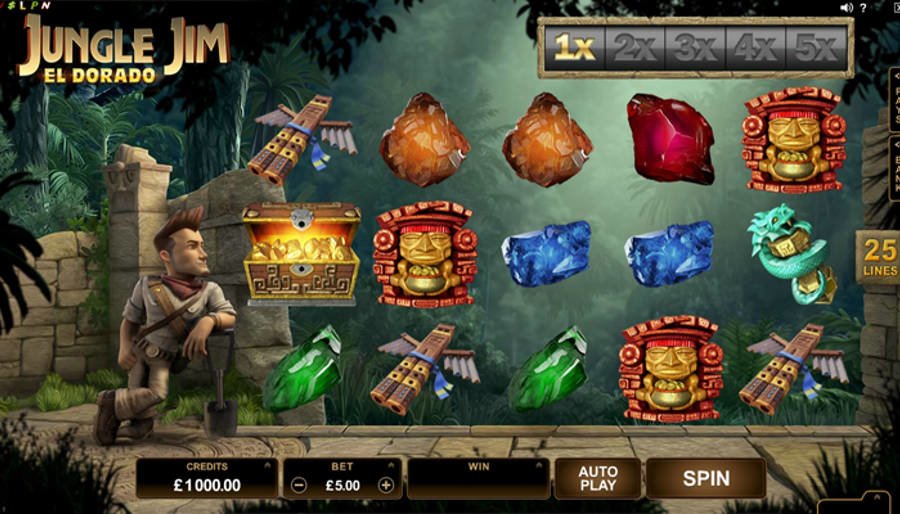 As behooves any Microgaming slots of this caliber a slew of customization options from Auto Play, Max Bet to audio settings are at your fingertips. Bets can be made from 25 cents to a more robust £25 per spin. Up to 25 coins can be wagered per line.

A feature that’s prominent throughout the game is the Rolling Reels, after each winning spin the symbols disappear and replaced by new ones. In short, it increases your odds at winning additional cash prizes. Remember, the free spins will only keep on coming as long as you’re winning.

As the name implies this section of the game is all about those multipliers. The Multiplier Trail starts with 1x but on the second spin it shoots up to 2x, 3x, 4x even 5x during the main game!

Blimey, there’s even a free spins feature, so hold onto your hat it just gets better from here on end! As usual the free spins mode is triggered when 3 scatters pop up any where on the reels. Ten free spins are awarded but…the Rolling Reels feature combines with the values in the Multiplier Trail increasing wins by a hefty margin.

Jungle Jim El Dorado is going to set the gaming world on fire with its incredible graphics and arresting theme. It’s a medium variance game that comes with a 15x multiplier during the free spins and it pays out a smashing 3,680 your stake. When I played the game it was a case of ‘Déjà Vu’ for me since it’s quite similar to NetEnt’s Gonzo’s Quest but in a good way. If you’re up for a game that’s delightfully entertaining this is it. 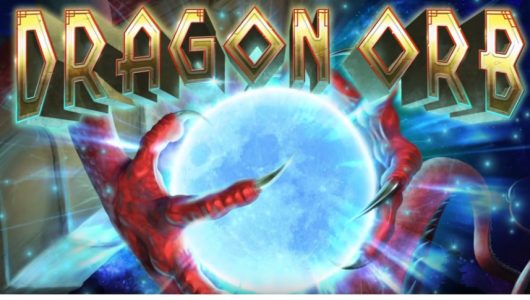 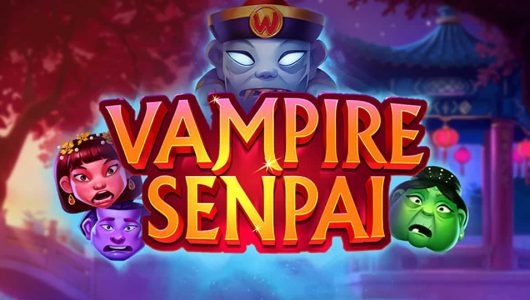 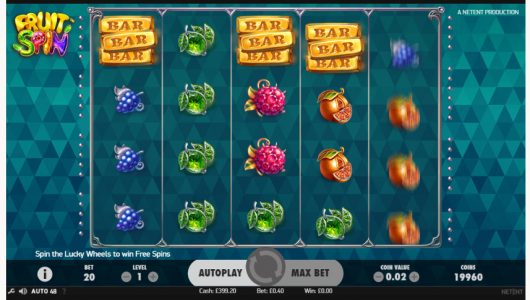