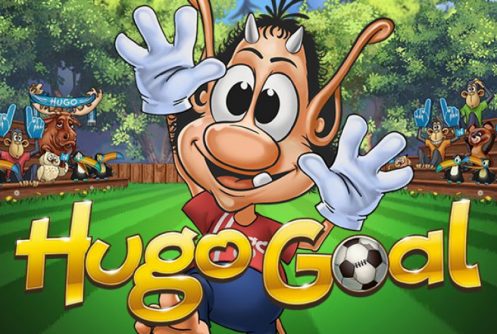 The RTP or average return to player percentage is 96.49%. With a refreshing theme and upbeat soundtrack it’s the perfect slots for soccer fans especially now that the Soccer World Cup is about to start in Russia. Played on a 3×3 reel set, symbols that appear on the reels are flags, Don Croco, Afskylia, wild (Hugo), whistles, football and a stop watch. The most valuable symbol is Hugo (wild), 3 of them at the maximum bet pays 24x your stake.

”Our happy Danish troll is back, this time round he’s got football fever! The slots is loaded with quality visuals, stacked wilds as well as an innovative game mechanic!”
Let’s have a look at the game’s in-play bonus rounds quick, it comes with a Penalty Shoot-Out feature where Hugo must save up to 5 penalties that’s loaded with multiplier wins of up to 10x, players can win as much as 800x their stake here!

It has a slew of oddities that adds a nice touch to the reels. For starters we have the beautiful Afskylia as the referee, in the previous Hugo slot releases she was the witch. The crocodile and goat are the football fans and to top it off there are 3 scintillating bonus rounds 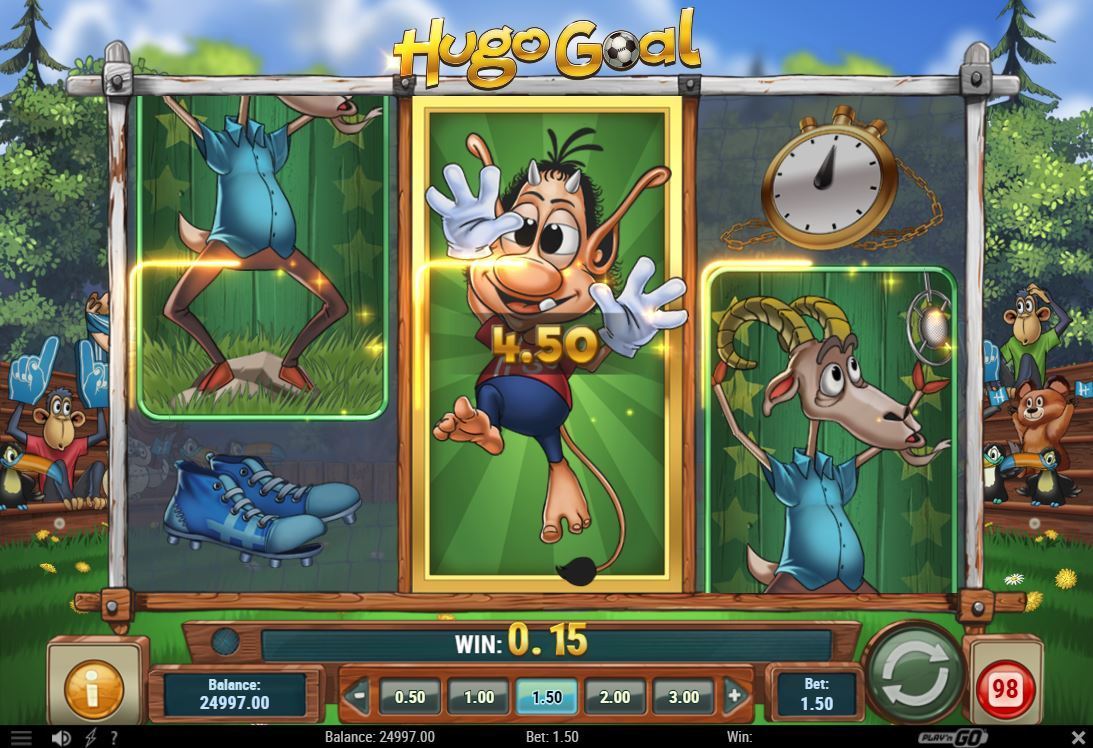 Playable on mobile devices and PC desktops the smallest bet per spin is £0.05 up to £100. We played the game with a bankroll of £50 at an average bet of £1.50 per spin. The Auto Play feature spins the reels automatically, it’s a handy feature if you plan on playing the slots for a long session. 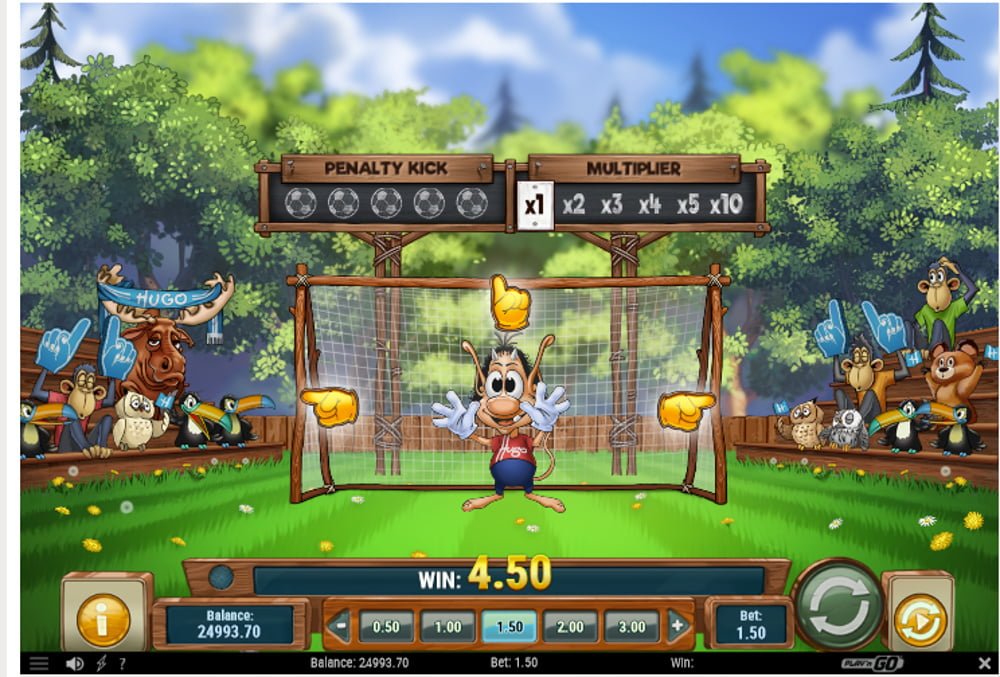 Hugo is the stacked wild and appears 3 stacked high.

After a non-winning spin the moment 2 full stacks of the same symbol (Afskylia, Don Croco, Goat) pitch on the reels, they keep on spinning until you receive a payout.

This bonus mode is similar to the Action Replay feature. When 2 fully stacks of the same symbol (Afskylia, Don Croco, Goat) appears on the third reel, one re-spin is awarded. 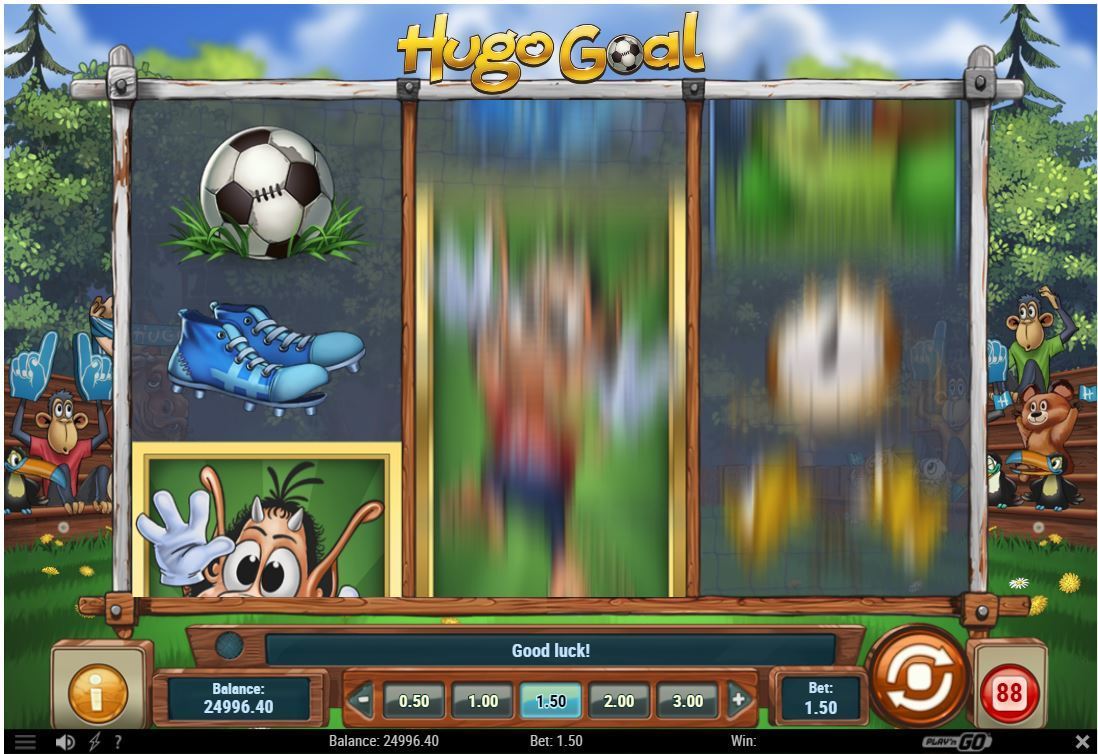 Hugo Goal is all about the Penalty Shoot-Out bonus. It’s initiated when the reels are loaded with the same symbol. A new screen opens up, you’ll play as Hugo or to be more specific you’ll be the goal keeper. Your job here is to save as many penalties as possible – you have 5 chances.
The multiplier starts with 1x, 2x, 3x, 4x, 5x up to 10x, for each penalty you save the multiplier goes up. Once the feature ends the multiplier is applied from the screen full of the same symbol. The top cash prize that you can win here is 800x your stake (10x multiplier is applied).

Despite its simplicity we really can’t fault Play N’ Go’s Hugo Goal. The stacked symbols offer big wins, the volatility is high and you can win a cool 800x your stake on each spin during the Penalty Shoot-Out bonus. If you’re a football fan make sure you don’t miss this one. We also recommend Sea Hunter from the same developer (https://casinowhizz.com/slots/sea-hunter-slot-play-n-go/). 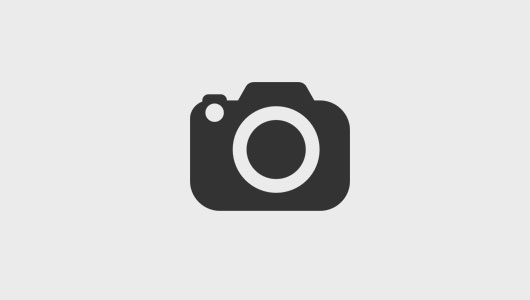 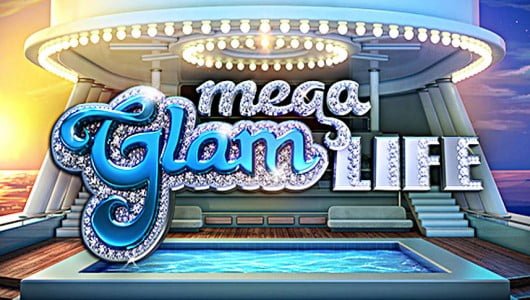 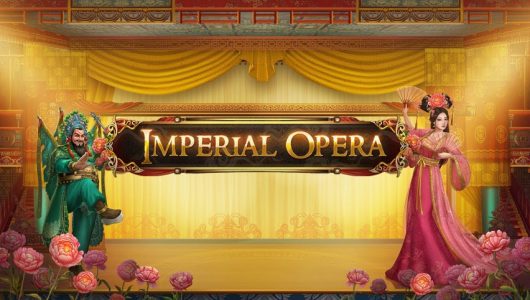 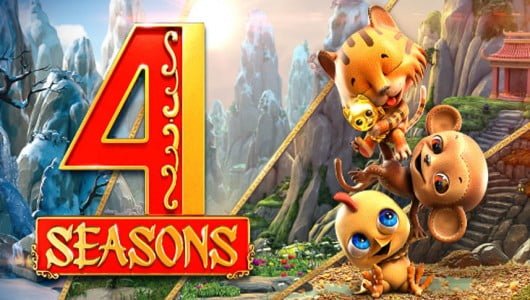