Golden Genie and the Walking Wilds

Golden Genie And The Walking Wilds

Golden Genie and the Walking Wilds is a slots for real money from Nolimit City. It has a classic setup with 5 reels, 3 rows, and 20 paylines. Moreover, the theme is about the captivating tale of Aladdin and his magic lamp. So, all you need to do is to rub the lamp and the genie will grant you three wishes. Nolimit City already delivers tens of slick video slots. Golden Genie and the Walking Wilds is another worthy addition to its burgeoning slots portfolio.

The jackpot of Golden Genie and the Walking Wilds is 9,583x (£958,300) your stake. To say the least, it’s huge. You can spin the reels from £0.20 to £100 per spin. Therefore it’s the perfect slot game for all the big spenders; penny pinchers can take it for a few spins too.  More importantly, you can now play Golden Genie and the Walking Wilds at our certified UKGC UK casinos. 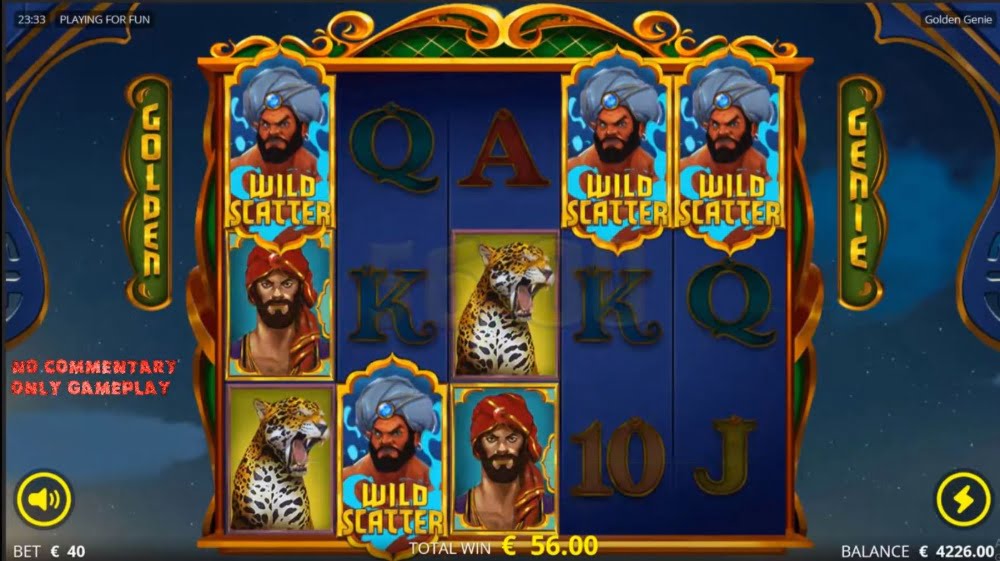 Golden Genie and the Walking Wilds has an RTP of 96.03%. However, we have it on good authority that the real-RTP is like 94.11%. Just so you know the Hit Frequency is 33.91%. Despite the rather low RTP, you can expect a winning spin on every 3 to 5 spins.

Golden Genie and the Walking Wilds draws its inspiration from the classic orient. On the reels, you’ll see genies, princes, princesses, dangerous snakes, and genie lamps. The top-paying symbols are all thematic and animated, which adds a fair bit of atmosphere to the game. The low-paying symbols are the card ranks. The game’s Wild symbols then also act as its Scatters. American players can’t play Golden Genie and the Walking Wilds, unfortunately. Luckily our USA online casinos present you with the best RTG and Betsoft slots.

In terms of features, the list starts with the Genie Lamps Stacked Wilds. They can appear on any random spin in the base game. When this feature shows up, reels 2 and 4 transform into fully stacked Wilds. The other reels continue to spin. It pays from left to right and right to left increasing your winning potential.

When one of the game’s Aladdin symbols pitches to the left of one of the Lamp symbols. You’ll trigger the Genie Wishes Feature. Interestingly, all the Aladdins and Lamps act as Wilds. Moreover, the symbols receive a random win multiplier of up to 10x. We don’t have to tell you that when this happens, the payout will be phenomenal.

The Genie Parade Free Spins Feature is the game’s best asset. You’ll unlock the genie’s riches when three or more Scatters pop. Next, the scatters move to the left as Walking Wilds. On top of that, one of the symbols serves as the Golden Genie. It increases your win multipliers, and it can shift to another symbol when it falls off. Altogether, you can get a considerable number of free spins with a lot of Walking Wilds and nice win multipliers! The Genie Parade Free Spins feature can also occur via the Bonus Buy button. It’s here where you can win the jackpot of 9,853x your stake.

If you don’t have the patience you can dive straight into the Free Spins at a cost of 80x your stake. On your next spin three scatters will appear in view which triggers the free spins automatically. Note, if you hit it big cash out and play another slots for real cash. For the most part, the Buy Option blows cold rather than hot. Just to be safe rather take it for a few test spins in the free slots version first. Take notes as you, hopefully by the time you play for real money, you’ll have an idea what you’re up against. 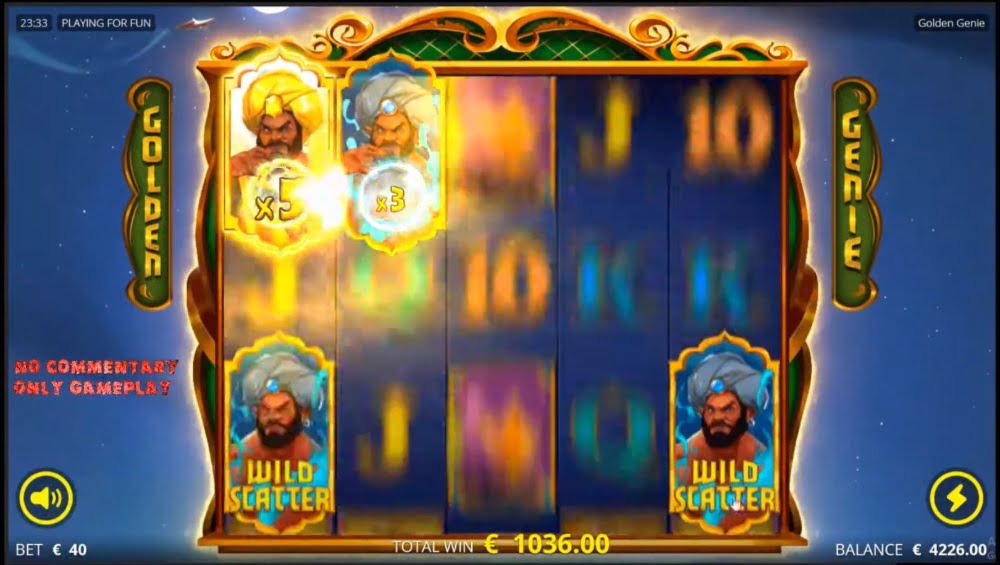 Golden Genie and the Walking Wilds is a real flight of fancy. Unlike Centurion Megaways Slots that plunges you into the game from the first spin. It doesn’t come screaming off the starting line because it lacks that definitive punch. However, Nolimit City stuck with the Wilds and Scatters which work in perfect unison. Granted the RTP of 96.03% is not the best. But the hit ratio of 33.91% more than makes up for it.

The size of the jackpot of 9,583x your stake and the free spins feature makes it worthwhile. Triggering the free spins is another matter entirely because it can take as much as 200 spins. We’re not complaining about the Walking Wilds but given the volatility. We think that progressive multipliers would have been a better option. Overall, the betting range, volatility, and the hit ratio gives you a degree of flexibility. We recommend that you play the free slots version before you risk real money.