Flower Fortune Megaways is a 6 reel, 5 row, low to high variance 3D video slot creation from Microgaming and Fantasma Games. The maximum win potential (non-progressive) given on a single spin is 18,480x your stake. If you are wondering where Fantasma Games fits into all of this; it is a small Swedish firm that currently holds 8 games in its portfolio.

As far as slot machines with high-resolution visuals and high-paying in-game bonus rounds go, Microgaming delivered a few subtle variations this year. One that comes to mind is Reel Splitter, with its 243 ways to win game engine with stacked wilds, and Free Spins, that’s played on an extra 5th reel, grows the franchise even further.

Flower Fortune Megaways continues in a similar style with its gigantic 531,441 ways to win; stacked wilds with multipliers, re-spins, and avalanche spins. Bets per spin start at £0.50 to £250, now playable at our fully regulated UK and Malta mobile casinos.

The theme of Flower Fortune Megaways thrusts you into a Tetris-like world set against the backdrop of a lush flower field. Instead of a traditional reel set, you’ll see various coloured blocks with symbols of varying sizes on each reel. Symbols spread out across the reels are five separate blocks of stone (low value), gems (green, purple, red and turquoise), and the star (wild). The premium symbol is the red gem, and 6 of them pay 10x your stake.

Worth mentioning is that the developers fused the world of casino games with that of a video game. This is great because we are not seeing the same old regurgitated content. A vastly improved colour environment and the mesmerizing soundtrack gives players more freedom than ever before. The theoretical return to player percentage of Flower Fortune Megaways is 96%, and its Hit Frequency is 44.61%. 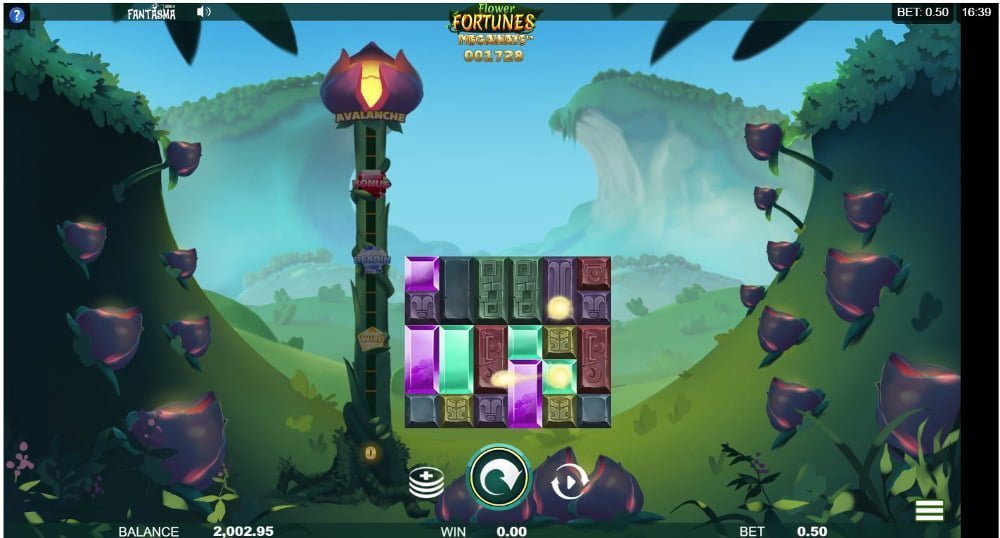 Orbs of energy and leaves appear on each spin that increases/decreases the level in the bar meter. Special features are triggered too when a certain level is reached. For example, when you reach Level 2, the Expanding Wild feature is activated. If an expanding wild pitches, it covers the entire reel with multipliers that boost wins by up to 9x. Flower Fortune Megaways has 5 different Levels, each with its own unique rewards and volatility: 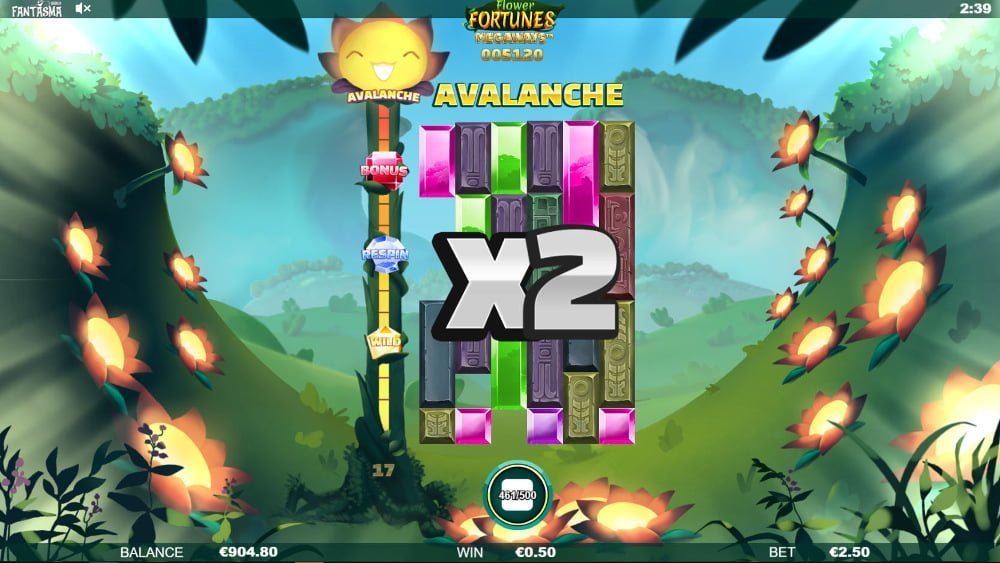 Flower Fortunes Megaways shoves you into 531,441 ways to win mega-slots with an overabundance of innovative streaks and a superb top cash prize of 18,480x your stake on every spin. With a bit of rockstar flair, it is not often that you see a game that is masterful in its pacing (albeit slightly complicated), bonus variety with decent multipliers; and the volatility (low to high) raises the bar even higher above the standard 3D slots. Bear in mind, the 1 orb increases the meter by 1, and a leaf reduces it by 1. With slots like these, we see a bright future for Fantasma Games.

During which bonus round is the jackpot won?

The jackpot of 18,000x plus your stake is won in Level 5 that is initiated when you have accumulated 16 orbs in the meter.

Can I play the game when I deposit with Bitcoin?

Most definitely! Not only do you receive a Bitcoin Casino bonus of 100% up to BTC300 at 24K Casino, the operator throws in an extra bonus of 50% plus free spins. While you play, you also earn comps that you can exchange for real money once you notched up a few.