Betsoft Gaming released a cracking 3D slots in July 2017 titled: ‘Fire and Steel’. It’s a fantasy themed slots that kinda reminds me of Game of Thrones even the audio has that soothing and epic ring to it.

‘Crafted WILD WARRIORS feature, get caught up in the action as the Swordsman and Shieldmaiden let out their Ancestral cries, creating Blazing Wilds to magnify your wins.’

Fire and Steel is a 5 reel 20 payline slot and is encased with splendid visual animations, vibrant characters and a re-triggerable free spins feature that awards 10 free spins along with expanding wilds. It’s a medium to high variance slots that pays surprisingly well during the main game. Expect a few dry spins (on average 5) in between wins.

The slots offers a theoretical payout ratio (RTP) of 95.5% and a top non-progressive jackpot of 2,500 coins.

”Watch Out For The Swordsmen And The Shieldmaiden.”

Don’t event think about tomfoolery, it’s one of those slots that has the ability to knock your socks off payout wise of course. I played it with a bankroll of $350 (no bonus) and had a few sublime wins (see screenshots). The free spins feature is a beast in itself and not triggered easily, be prepared to spend some coins here. The smallest bet per spin is $0.20 right up to $100 per spin. Fire and Steel can be played on mobile phones and PCs for free or for real cash at our best rated Betsoft Casinos.

Symbols that appear on the reels are various colored gemstones, Swordsman (wild vertical), Shieldmaiden (wild horizontal), high value symbols (blue crest, red crest and golden crest), book, golden chalice, helm and dagger. The ‘Wild’ is the symbol that pays the top cash prize of 2,500 coins when 5 of them appear at the maximum stake per spin. Five Purple Crests pays 750 coins. 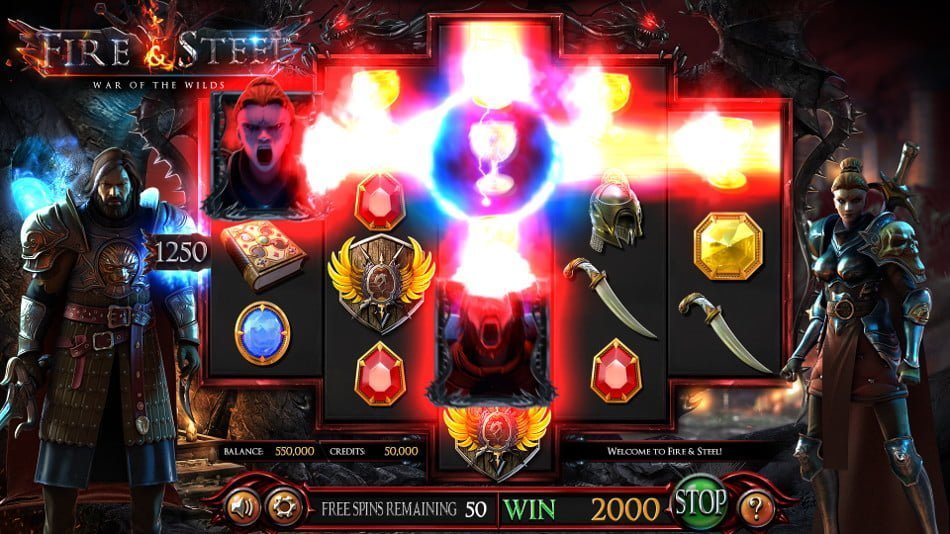 Before we get to the juicy part of the game let’s go through the customization options quick. The coin range is 0.02 up to 1.00 and the ‘Bet Line’ is 1 to 5. As you toggle the +/- buttons you can increase or decrease your average bet per spin.

A Max Bet button, Spin, Double Up and Auto Play makes the game more convenient for you. We advise you to use the ‘Double Up’ with caution cause you can lose all your wins in an instant but you can also double your wins if you pick the right card color. The (?) is the Paytable or Help Screen of the slots, it tells you which symbols offer the biggest cash prizes and how the free spins mode is triggered. 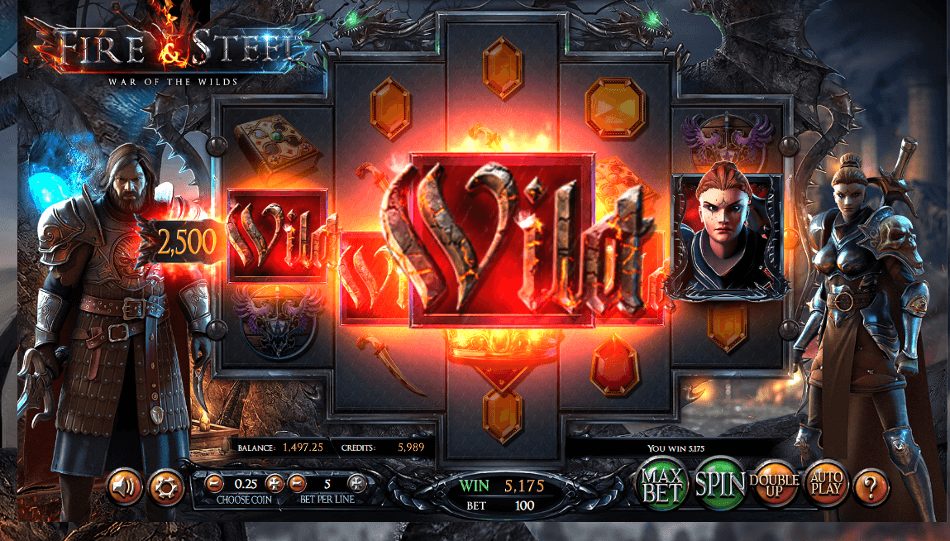 I played the game in the free mode too at an average bet of $100 per spin and won $4,500 (45x my stake). The idea is not to deceive you into wagering the max stake per spin but merely to indicate the game’s paying potential. 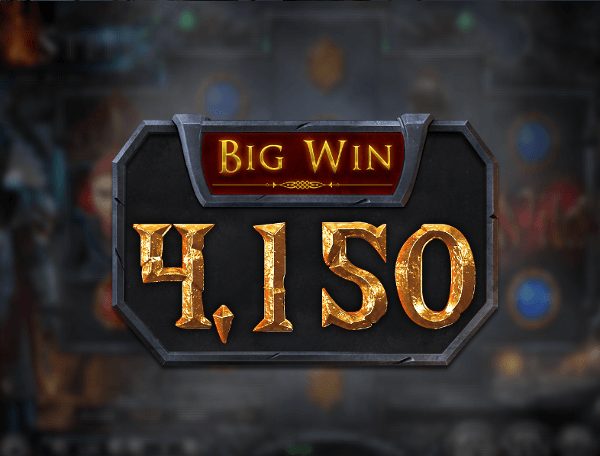 There are two wild symbols at play here namely the Swordsman and the Shieldmaiden. The Swordsman wild releases a vertical beam, either above or below him turning every symbol in his path wild.

The Shieldmaiden on the other hand releases a magical horizontal beam which turns symbols to her left and right into wilds. Of the 2 wilds I prefer the latter one because it offers the best payouts by a long shot.

War of the Wilds Free Spins

Should the Swordsman and Shieldmaiden’s intersect on the reels again, the free spins will be re-triggered awarding another 10 free spins making it 20 in total. It took me 59 spins at an average bet of $5 per spin to trigger the free spins mode. 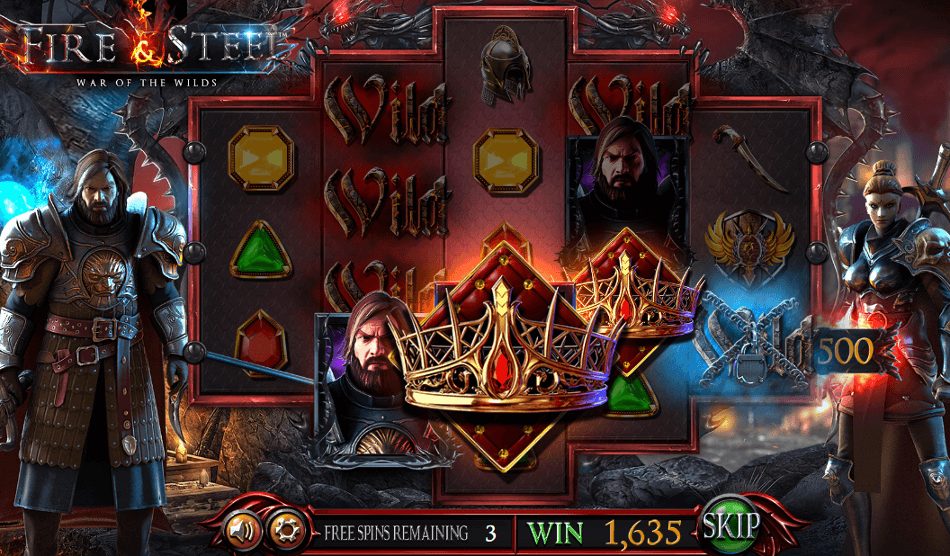 It’s a fantastic game that’s tailor made for high rollers. If you’ve got the cash don’t even bother playing it with a small bankroll. It’s volatile make no mistake in order to win a chunk of cash you’ll have to spend a dollar or two. Of the two wilds the Shieldmaiden pays by far the best so keep a very close eye on her.