Now that HBO’s acclaimed television series Game of Thrones is in full swing, Dragon Orb a non-progressive jackpot slots is a must for all fans! It’s a fantasy themed game from RealTime Gaming with impeccable visual animations, substituting wilds (dragon Orb), bonus re-spins, free spins and it pays from left to right!

In Chinese mythology the dragon is venerated as a spiritual and cultural symbol, not only does it represent good luck but prosperity as well.

”Test your worth as you venture into the realm of a fierce treasure dragon, guarding his wealth. Will you be deemed worthy of good fortune and prosperity?”

Dragon Orb can be played on mobile phones and PCs for free or for real cash. It features 25 paylines, 5 reels and comes with a decadent free spins feature that’s triggered by 3 scatters awarding 10 free spins. Paying symbols that weave their magic across the reels are the Dragon Orb (wild), dragons and wizards. It offers an average payout percentage (RT) of 95.4% to the player. 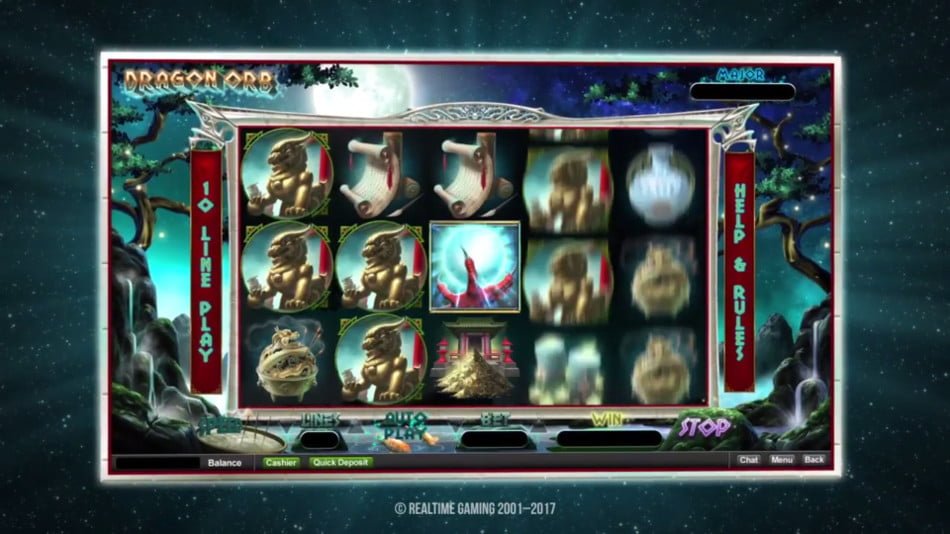 Once you’ve decided on your bankroll and your average stake per spin it’s time to play.
Before you start spinning the reels consult the game’s Paytable or Help Screen first and play the game in the free mode. It gives you an idea how the game pays at different coin denominations, the highest value symbols, how the re-spins feature works and how many spins it will take to trigger the free spins feature.

The wild sticks to the reels for the duration of the re-spin, successive wins along with multipliers can occur which is great! In the event another Dragon Orb symbol appears an extra re-spin will be awarded.

We’re big fans of the RealTime Gaming software especially when it releases slots of this quality! Dragon Orb is a cutting-edge game that contains exiting bonus features (re-spins and free spins), from the looks of things we’re pretty confident that it’s going to be popular with players.