We’ve seen plenty of high variance real money slots lately, and to tell you the truth, we’re not complaining. A few titles that struck a chord with us are Multifly! And Rise of the Mountain King. The latter offers a jackpot of 50,000x your stake, which makes it one of the biggest non-progressive prizes we’ve seen in a very long time. So, if you have a taste for some high-octane adventure, give it a try.

Play N’ Go also got in on the high variance action with its newest release Coywolf Cash. The online casino slot has a North American theme; you’ll see the ‘Big 5′ of America’s animals on the reels. The visual isn’t that sharp, but it’s the mechanic and ultra-high variance play that has us hooked.

Play N’ Go is crunching out real money slots left, right, and centre. Just so you know, a Coywolf is a mixed breed that’s descended from wolves and coyotes, which explains the title of the game. Coywolf Cash sports five reels, three rows, and 50 paylines. It offers a top jackpot of 4,000x your stake. Bets per spin start at £$0.10 to £$100. Coyote Wolf is compatible with mobile phones (iOS, Android, and tablet devices), and computer desktops.

The premium symbol is the black bear, and you’ll pocket 1.6x your stake for 5. The Coywolf Wild pays 6x your stake for two, and the Alpha Wild 30x. The wilds complete winning combos when they substitute adjacent symbols — the Stacked Coywolf Wilds pitch on reels 2 and 4 and during the Prey Free Spins.

Coywolf Cash has an RTP (theoretical return to player percentage) of 94.3% to 96.31%. On average, you can expect wins of 5x to 30x your stake in the main game, but it’s the Free Spins feature that does all the howling. The Hit Ratio is approximately 19%. We had regular payouts of 4x to 7x our stake in the main with the odd big win of 25x your stake. 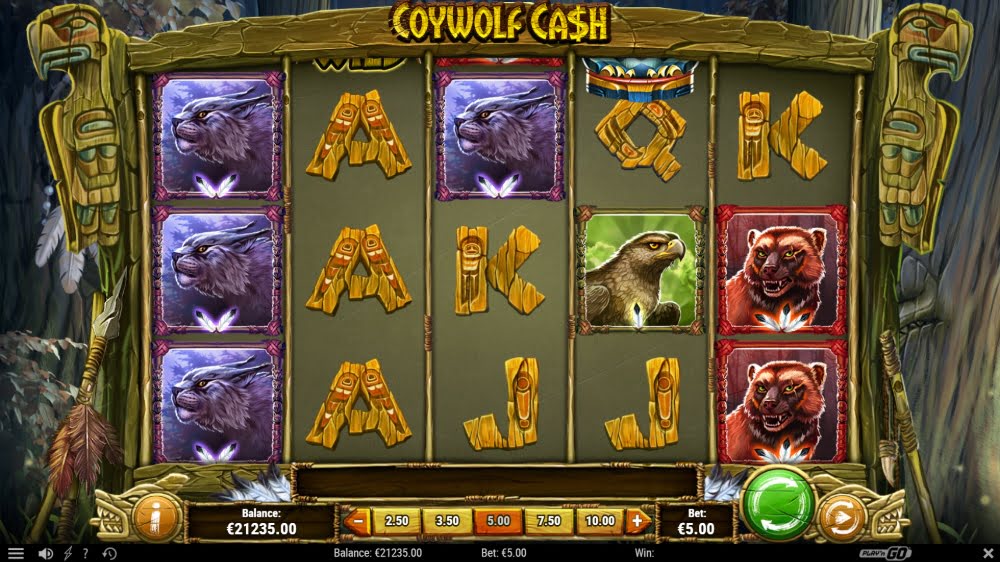 When the Mask scatter appears on the centre reel, it triggers the Wild Reel feature. The Wild Reel has two segments; the first one appears in the main game, and the other in the Prey Free Spins. When it appears on a specific reel, that entire reel or reels become Prey Wilds.

You’ll trigger the Prey Free Spins feature when 3, 4, or 5, Totem scatter appear. Depending on the number of scatters, you’ll receive 8, 11, and 15 free spins. The Wild Reel feature pops up during the Free Spins; if you can trigger it, you’ll be right as rain. Don’t forget about the Mask scatter. If it appears during the Wild Reel feature, it triggers the second tier bonus round.

A bunch of exciting features comes into play. For one, the Coywolf Wilds serve as win multipliers from 2x, 4x to 7x, and a maximum of 4 Alpha Wilds can pitch. Therefore, when the Totem scatters appear, they award an extra 2-4 free spins. Based on the game’s math model, you can win an indefinite number of Free Spins. 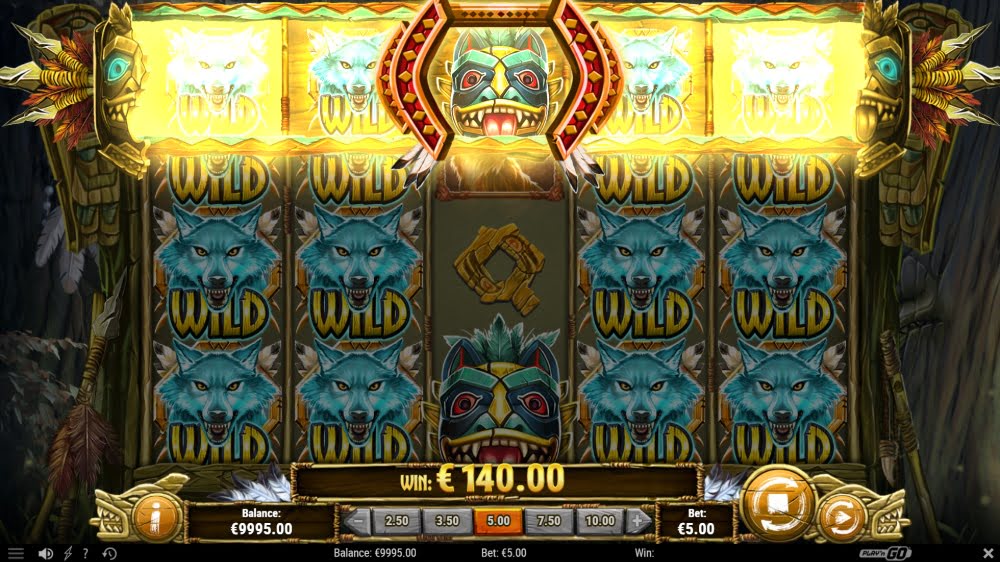 The visual fidelity of Coywolf Cash is neat, and it has an admirable set of in-game features. The jackpot of 4,000x your stake (£$400,000) is enough to get the big spenders rolling. The Wild Reels spices up play in the main game, not by much, but at least it’s encouraging enough.

The Free Spins feature is Coywolf Cash’s most valuable asset since it has a lot of moving parts to it. The Wild Reels and The Mask scatter are the leading players. You can get multipliers of up to 7x, and you can win tons of free spins. All in all, Play N’ Go’s Coyote Cash gets the nod from us. We can play it all day long! 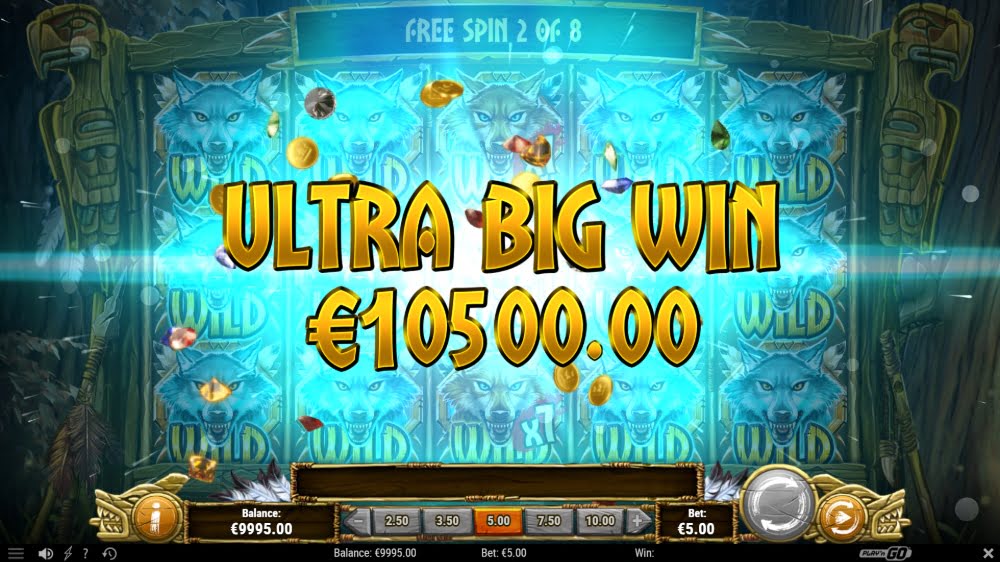 How many spins are required to trigger the Free Spins?

Coywolf Cash’ is a 10/10 on the volatility scale. Therefore, it takes anything from 150-200 spins to trigger the Free Spins. Before you play, set a budget aside and make sure your average bet per spin is within your budget. Our top UK Casinos offer new depositors a welcome bonus to play the game. Just make sure you’re familiar with the terms of the bonus.