Colossus Hold and Win is a Hold and Win video slot from iSoftBet. It’s another in a long line of iSoftBet slots with the popular feature.

For some reason, the studio seems intent on re-using it over and over again. This time, we’re heading to ancient Greece, which is a common setting for online slots.

You can play Colossus Hold and Win as a mobile slot. It’s available as such at our top real money mobile casinos online. 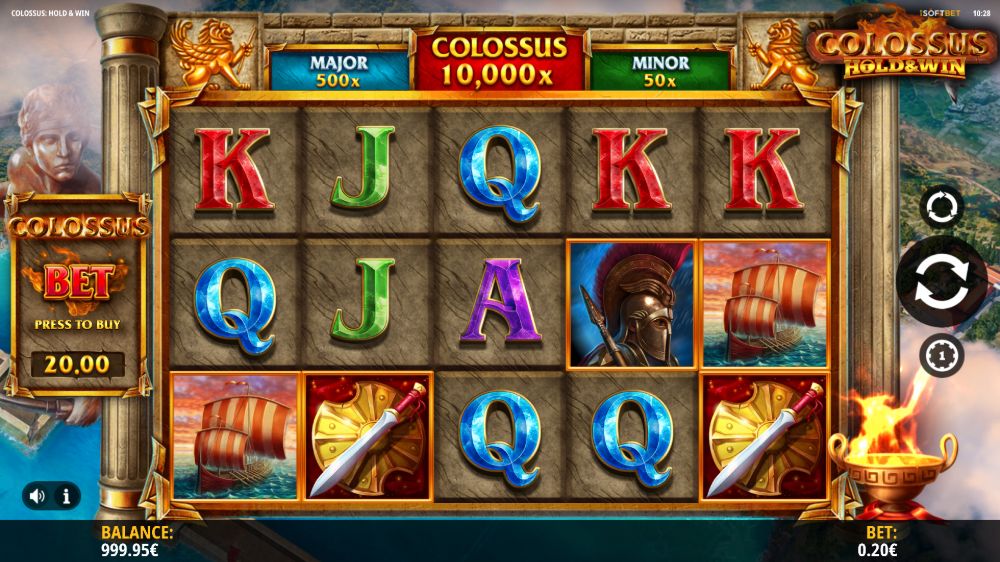 The RTP of Colossus Hold and Win is 96%. That’s in line with the industry average, so the slot pays fair.

The symbols have a certain Greek atmosphere to them, as does the slot’s background. There’s a giant statue located next to the playing field, which is a nice touch.

The low-value symbols are Jacks to Aces. It only gets better with the high pays. They feature ships, armor, weapons, and warriors.

For a full line of those, you’ll walk away with a 20x payout. Wilds can land, everywhere except the first reel.

When they do, they automatically expand to cover the entire reel. Also, they’ll get a random win multiplier of 2x, 3x, 5x, or 10x! 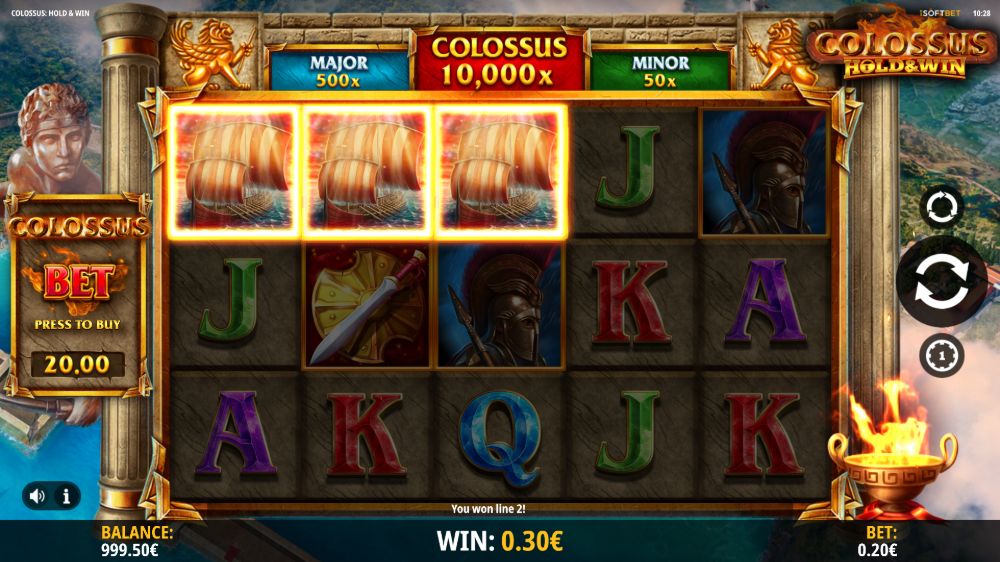 Get 6+ Coin symbols to trigger the titular Hold and Win Feature. You’ll get 3 respins to start with and each Coin symbol that lands reset the tally.

The Colossus Rising Flame can show up at any point during respins. When it does, it multiplies the values of Coin symbols by 2x, 3x, 5x, or even 10x!

If you fill all the positions during Hold and Win, you’ll get the special Colossus Spin. This will net you one of the slot’s three jackpots. They are worth 50x, 500x, and 10,000x your bet.

The Colossus Bet is the feature bonus buy. Pay 100x and you’ll get to the Hold and Win Feature. This even increases the RTP to 96.95%. 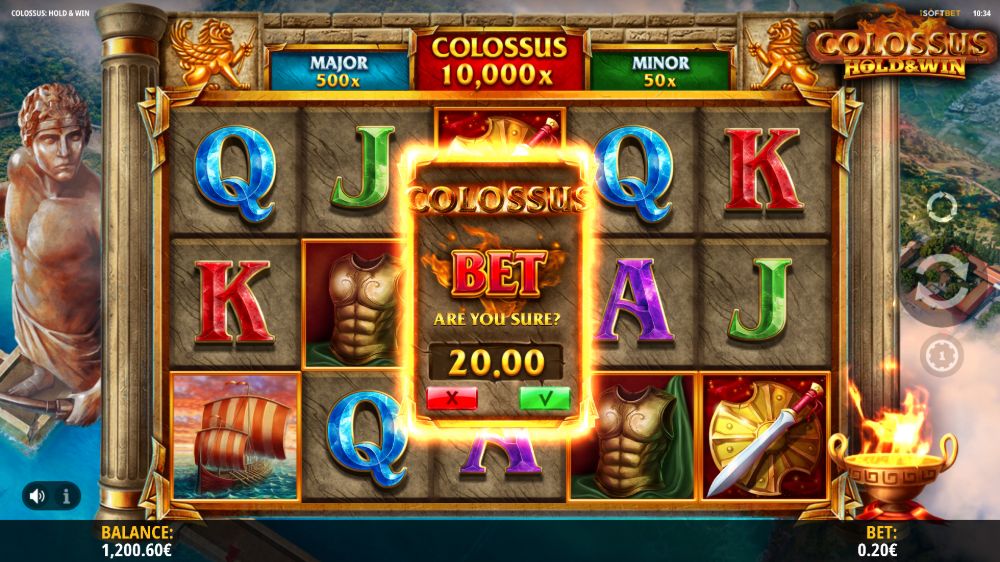 We gave Colossus Hold and Win a decent go. The Hold and Win Feature triggers on every 182 spins, that’s the average.

That’s according to official data. It worked out well for us and we even triggered the feature twice. We weren’t too lucky during either trigger.

The most that we walked away with was a 34x payout. Not bad, but also not the outcome you’re hoping for during a feature trigger.

Especially in a slot that boasts a slick 10,000x jackpot! To get to it, you need to trigger the Hold and Win Feature and then win it during the Colossus Spin bonus. A hard combo to achieve for sure.

Colossus Hold and Win is a good addition to the iSoftBet Hold and Win slot repertoire. The Hold and Win Feature is back in full strength here and it shows well.

The are plenty of multipliers so the wins can be big.

Just don’t set your expectations too high in any regard and you’ll like the package. The visuals aren’t extraordinary and we’ve all seen this before.

Yet, there’s still something intriguing that pulls players back to everything with Hold and Win. So don’t miss out on this new little gem from iSoftBet!

Looking for something a bit bigger? Then how about checking out Gigantoonz from Play’n GO! This 8×8 slot with Cluster Pays is another fine release in what’s already a long and established franchise.

You’ll meet many small critters and trigger Cascades while collecting winning symbols. The more you collect, the more you’ll charge your Quantumeter.

This feature unleashes vital modifiers as you hit important milestones. That gives you a chance to continue winning. The most you can win in Gigantoonz is 4,000x your stake.