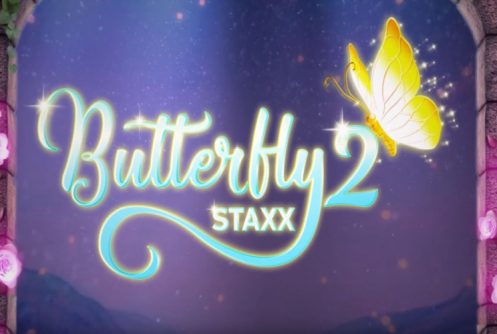 Butterfly Staxx 2 from Swedish software house, Net Entertainment, a low to medium variance video slot is the much-anticipated sequel to the 2018 release of Butterfly Staxx. It’s a 4 row, 40 payline slots with gorgeous graphics that propels you into the world of butterflies.

The reason why software houses release slot machine sequels is because their previous releases were popular with players. NetEnt’s most current creation drops players in a world that is graphically rich, but the winning potential of 240x your stake won’t rope them in by the dozens.

A feature that resonates well with us is the volatility. It’s sort of in-between, which makes it suitable for players with different bankrolls. Butterfly Staxx 2 is on an even keel with its predecessor, yet there are a few differences. The visual fidelity is sharper, it has a Re-spins feature with stacked butterflies that can be played across three reels, plus 2 in-game bonus rounds triggered on a random spin has been added.

Butterfly Staxx 2 is playable on mobile devices at all our instant-play Swedish Casinos from £€0.25 to £€1,250. The math concerning the highest bet seriously doesn’t make much sense to us. Reason being you have a game where the top cash prize is 240x your stake (£€300,000), but what concerns us is that you’ll have to make tens of thousands even millions of low-paying spins before you hit paydirt.

Symbols spread out across the reel set are cards from Jack to Ace (low value), flowers (blue, red and, purple), butterfly, scatters, and the lotus flower that acts as the wild. The most valuable symbol is the butterfly, and 5 of them offer a payout of 2x your stake.

The average return to player percentage of Butterfly Staxx 2 is 96.35%. 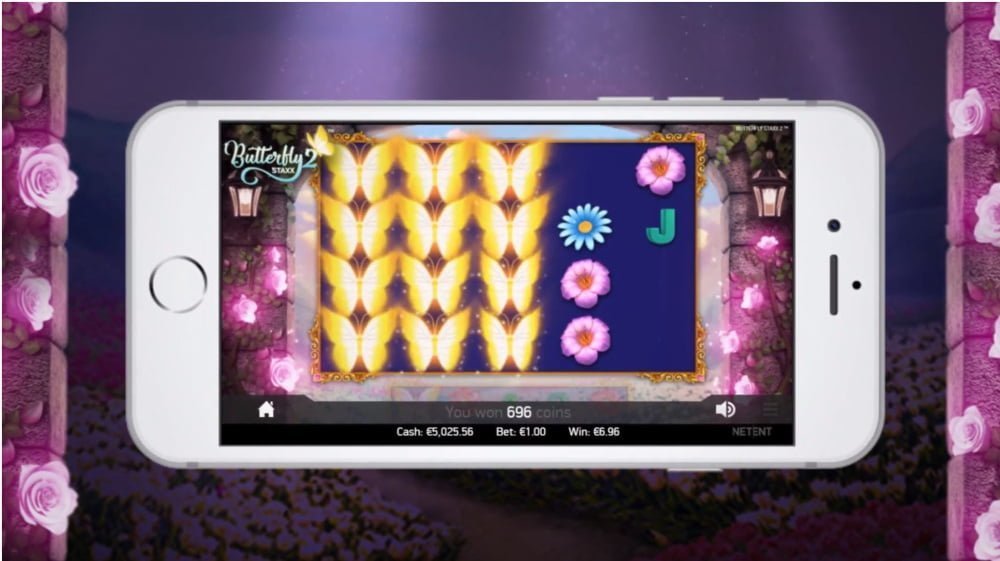 The lotus flower is the wild and winning combinations are completed by it when it replaces adjacent symbols, except for the scatter.

Play centres around the butterfly symbol. You’ll trigger the Re-spins when a full stack of butterfly symbols appear. They’ll immediately shift to the left section of the reels, offering you a re-spin in return. On your re-spin, you’ll either receive a cash prize, or the feature comes to an abrupt end.

At this stage, there is no difference between Butterfly Staxx 2 and the original. A second reel set is unlocked, but before this happens, the left section of the reels must be covered in butterflies. It gets even better. Let’s say you cover the 3 outer left reels with stacked butterflies, then a multiplier of 2x to 3x is applied to each re-spin for the bigger wins.

Now, should the scatter show up on reels 1, 3 and 5, an extra bonus round is triggered that gives you a choice between two features:

Butterfly Spins – Cocoon symbols are the main actors here. They can be active or inactive. If they are active, then they are transformed into butterfly symbols; primarily, it is played the same as the Re-spins feature.

Butterfly Frenzy – This is a pick me feature that gives you 10 picks. Each pick gives you a cash reward. Yup, that’s all. If you are lucky , you may win as much as 150x your stake. 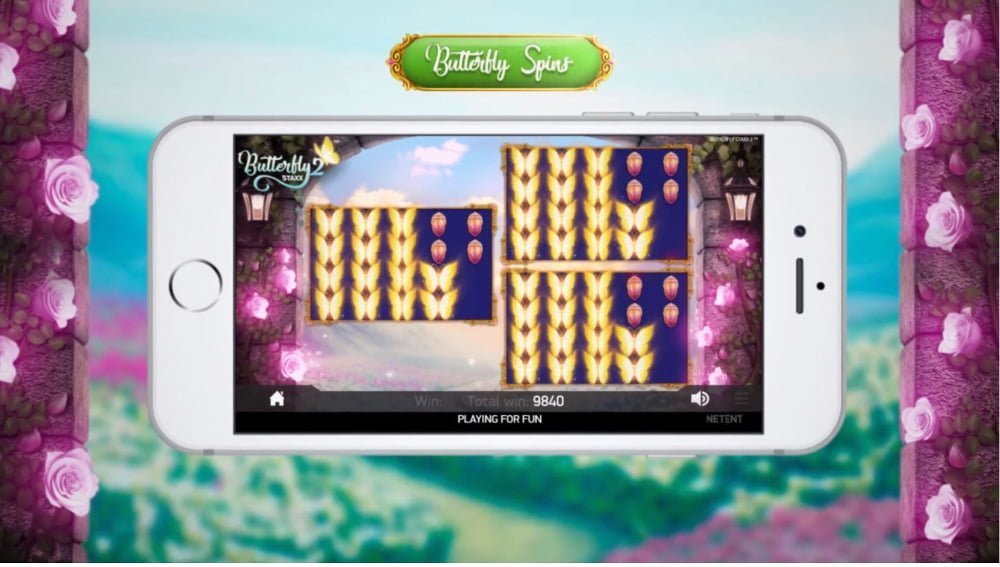 Initially, the plot of Butterfly Staxx 2 comes across as captivating, yet NetEnt failed to pull it off. Gameplay is clunky, and the in-game bonus rounds offer lousy payouts even at the highest bet levels, especially when the top payout is a mere 240x your stake. Furthermore, the developer targets a female audience, as blokes we just couldn’t get into it. We prefer something that’s far more adventurous and action-packed, like Arcane Reel Chaos. In conclusion, the graphics are top-notch, play is pretty laid back, and the bonus rounds are easy-to-trigger. Despite NetEnt refining a few features here and there we prefer the original Butterfly Staxx.

How can I win the jackpot?

The jackpot of 240x is won when the leftmost three reels are covered in stacked butterflies with a 3x multiplier. 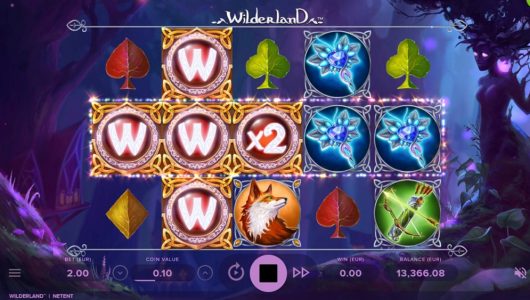 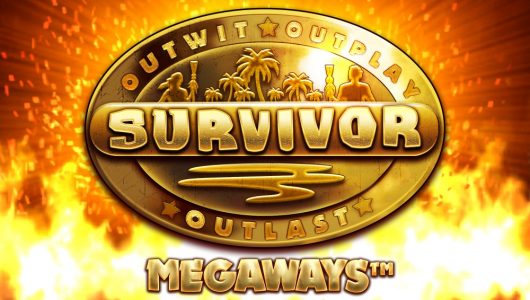 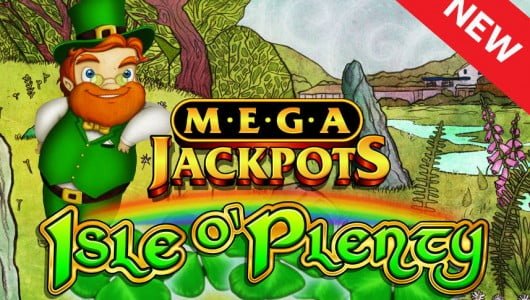