If you’re into a Betsoft 3D slots where the party and the fireworks never stop then give Boomanji a crack. The game is flushed with an array of colorful rockets and features 5 reels and 10 paylines.

Without any further ado let’s get in the action and let’s see what all the fuss is about. Once again I cannot help but notice the similarities between NetEnt’s Starburst and Betsoft’s Boomanji. The game can be played for free or for real cash at any Betsoft powered online casino.

The game offers a return of 95% to the player and the maximum jackpot payout is 2,500 coins. Yes I know it’s not earth shattering. Before we judge this slots let’s take a gander on what it has to offer on the reels first. Despite the fact that Boomanji lacks scatters, multipliers and the usual bonus game it has one feature that makes it a possible cash cow: its bi-directional paylines and expanding wilds.

Paying symbols across the reels are different colored firecrackers that come in all shapes and sizes. Looks like the developers at Betsoft sure know how to party. The game’s audio is like an Arcade game of yesteryear it whizzes, pops and cracks. 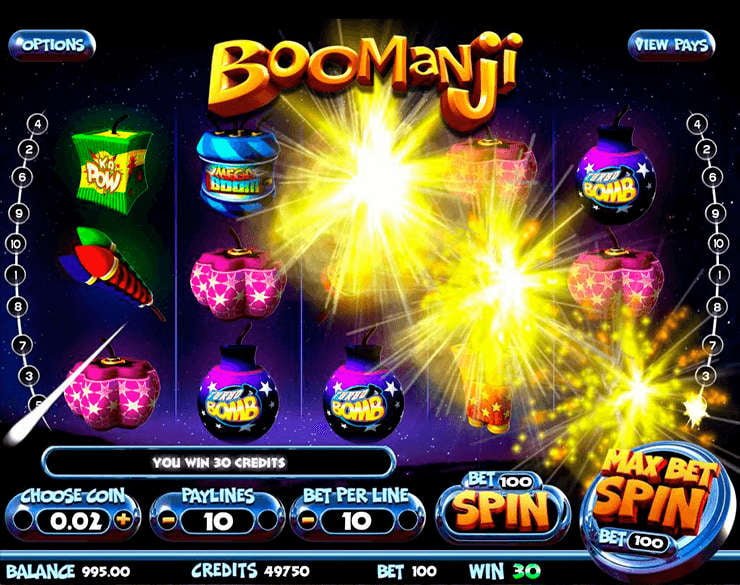 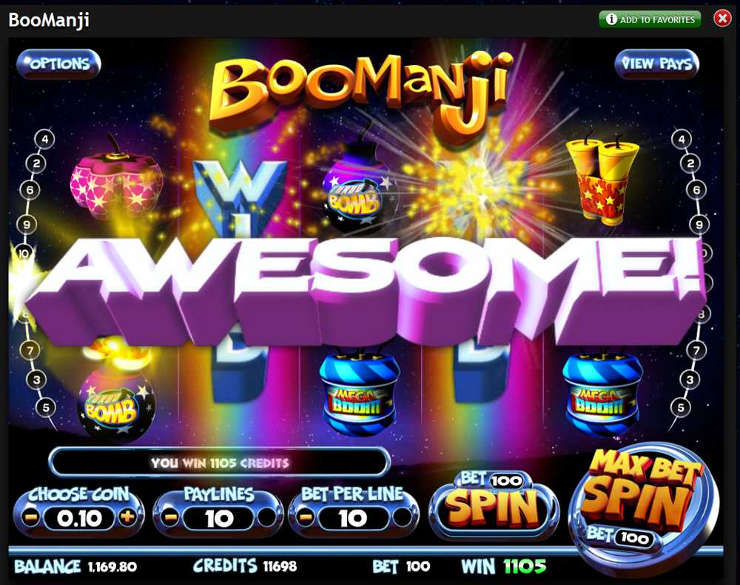 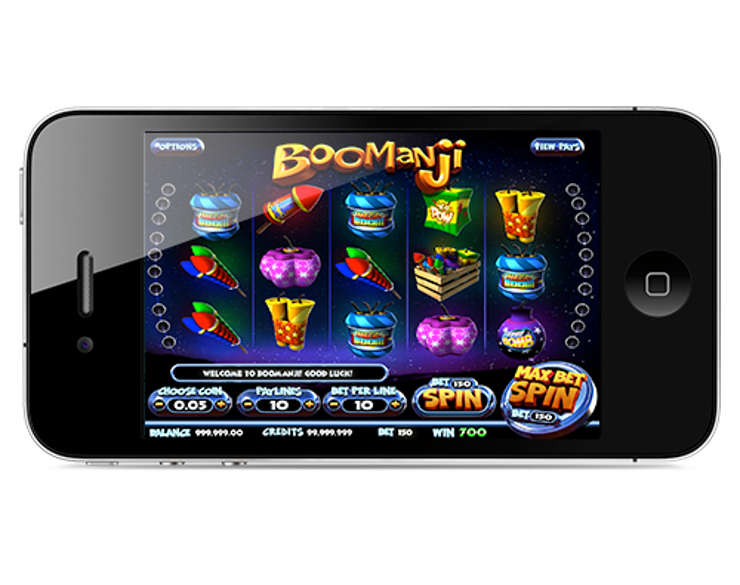 Before you start blowing up stuff across the reels let’s have a look at your bet options first. When you press or click on ”Choose Coin” the betting range is 0.02 up to 1.00. The maximum payline is 10 and the bet per line is 1 to 5. If you have one eye on your bankroll you can wager as little as $0.2 up to $100. This game will suit the pockets of both penny pinchers and high rollers.

The wild icon is the bunch of crackers in a wooden box. When it appears on the 2,3 or 4 reel it expands to cover the entire reel. In addition to this it causes the reels to re-spin, up to 3 free spins is awarded. Great feature by the way. If you land another wild symbol additional re-spins ensure which translates in extra wins hopefully. The following icons are replaced by the wild symbol: Yellow-Firework, Green Fire-Work, RGB Fire-Work, Red Fire Work and Purple Fire-Work.

Although Boomanji is a striking resemblance to Starburst I must admit it holds its own against the NetEnt heavyweight. If I must choose between the two I’ll go for Starburst but only just. I consider it a low to medium variance slots and pays out on average after 5 spins. The higher the coin denomination the tighter the game gets but pay outs are big. It’s quite an entertaining game. Think the developers got it right when they focused on less is more.