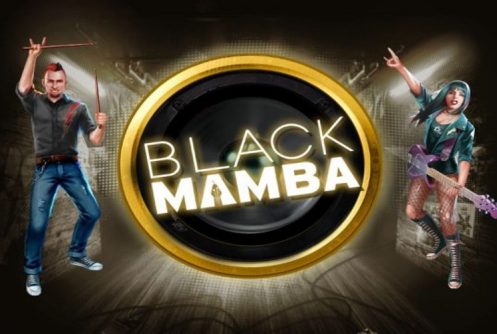 Online slots developers like Play N’ Go and Net Entertainment share a lot in common, besides that they are both Swedish software houses. They have covered heavy metal bands like Sabaton and Motörhead in slots before. It goes without saying that they’re covering a specific niche market. Black Mamba can now be played at our best instant withdrawal Android Casinos from €$£0.20 to €$£100 per spin.

Play N’ Go’s next slot machine pays homage to the rock band, Black Mamba. To be completely honest, we’ve never heard of them before this review. We were surprised to learn that they are a relatively new Italian heavy metal rock band that consists of 4 members: Martina Cori, Alexandra Maiolo, Cecilia Nappo, and Frederico Maragoni.

Having wowed audiences across Europe and at the Swedish Rockfest recently, it makes perfect sense that Play N’ Go gives them a piece of real estate on its impressive slots network. We must warn you that the game’s volatility is brutal. Winning combinations occur when 3 or more symbols appear in a cluster formation. They are removed from the reels just to be replaced by new ones, making successive wins on a single spin possible. Furthermore, on every winning cascade, the multiplier also increases by 1x.

With 5 reels and 5 rows, Black Mamba is a high-variance grid-slots flush with plenty of innovative streaks. It has a 4 Solo feature in the base game, a Charge Meter, Free Spins, and Concert feature.

The jackpot (non-progressive) of 5,000x your stake along with a Cluster Pays mechanic gives the in-game bonus rounds further substance. It’s nice to see that the visual styling doesn’t deviate from the theme. Troll Hunters 2 is another grid-slots where explosive in-game features combine with well-worn plot elements, makes it a delight to play.

The audio track of Black Mamba is as loud as can be; since it is a metal rock slots, we didn’t expect anything less. A rock club serves as the backdrop for the reels. Symbols that appear on the reels are the 4 band members (Martina, Alexandra, Cecilia, and Federico), Wild (Martina), the band’s logo (wild), headsets, guitars, microphones, and drumsticks with cymbals. The premium symbols are the band members, and when 5 of them appear in clusters, you’ll receive a payout of 5x your stake. Black Mamba slots has an average return to player percentage of 96.50%. 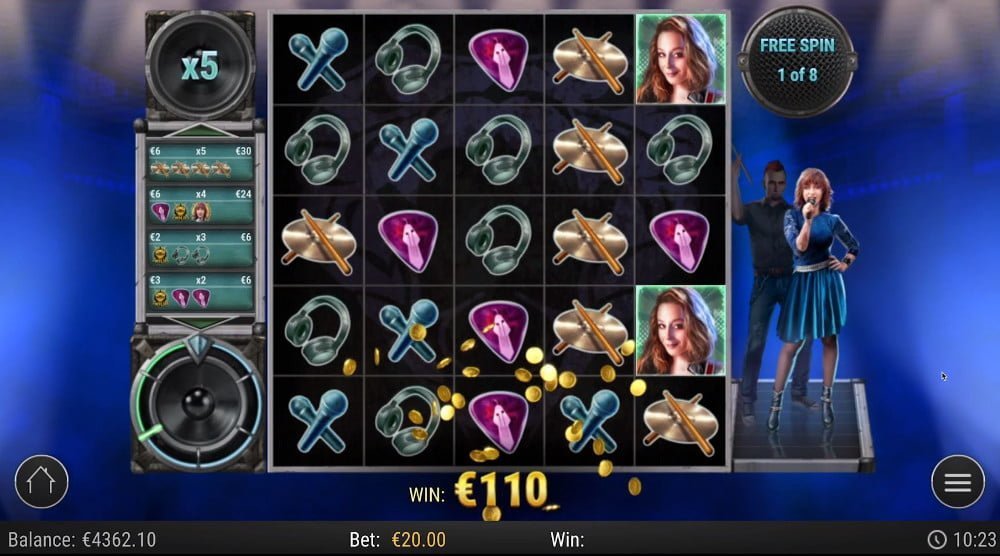 Black Mamba slots has two Wilds. The band’s logo is the standard wild, and winning combinations are formed when it substitutes adjacent symbols. The other wild that carries a 2x multiplier is the band’s lead vocalist, Martina Cori. When 5 Martina Cori wilds pitch, regardless of their position on the reels, you’ll win a cash prize of 50x your stake.

Like the majority of the grid-slots, Black Mamba has a few randomly activated features that heighten play on non-winning spins. Each band member is assigned a special feature that can be triggered as follow:

Alexandra: Two symbol sets are destroyed and removed from the grid while a set of new symbols drop in from above.
Cecilia: 1 or 2 Wilds are added to the grid.
Martina: The bottom row is destroyed. All the symbols are eliminated from the reels except the wilds. New Martina symbols are formed, which substitutes the other members of the band.
Frederico: A new set of symbols are transformed into other symbols.

Note, a wild won’t be added to the reels if a band member does not appear on the bottom row. The Solo feature is only triggered during the Concert feature and in the Free Spins.

The Charge Meter has 6 sections, and every time a winning combination occurs, a band member is added to it. You’ll trigger the Concert Feature when you fill at least 4 sections. Now, when all 6 sections are filled, not only is the feature overcharged, but a multiplier is carried over as an additional bonus.

During the Concert Feature, the Solo Feature is also applied where each band member has its own unique role (see Solo Features).

The Free Spins is Black Mamba’s best bonus round. It’s initiated when all the symbols are removed from the grid. The Solo Features are also applied to every non-winning spin. Plus, the Marina feature kicks in on non-winning free spins, which makes it a ‘double whammy’ bonus round. Every winning spin increases the multiplier.

More free spins are awarded when the meter is charged. Four to five charges award 2 more free falls while an overcharge awards 4 or more free spins. The free spins feature also benefits from the Concert Feature. If you’re lucky enough to remove all the symbols from the grid, you’ll line your pocket with a win of 50x your stake.

Less is more most certainly does not apply to Black Mamba. Plenty of online slots veterans will most probably think ‘seen that, been there, done that.’ We must commend Play N’ Go with this release because it sells the grid-slots theme like few slots developers can.

The casino slots overwhelmed us because it has so many moving parts, and it’s challenging to keep track of all of them. Play N’ Go tastefully preserves the setting and tone of Black Mamba. However, it can be a laborious slog that might wear out even the most seasoned slots vet. Highly recommended, but keep an eye on your bankroll because if you don’t, its high-variance tentacles will drag you down into the abyss.

How Many Special Features Does Black Mamba Slots Have?

Of The In-Game Bonus Rounds, Which One Is The Best?

The Free Spins feature is the best because it’s chock-a-block with special bonuses such as the Solo and Concert features, extra free spins with multipliers and wilds. You’ll win 50x your stake if you clear the grid from all symbols. The jackpot of €$£500,000 is also won here, but your chances of winning it are 1 in 100 million. 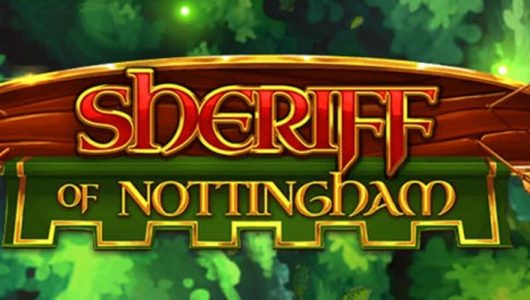 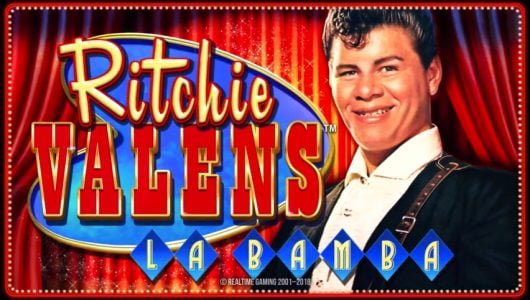 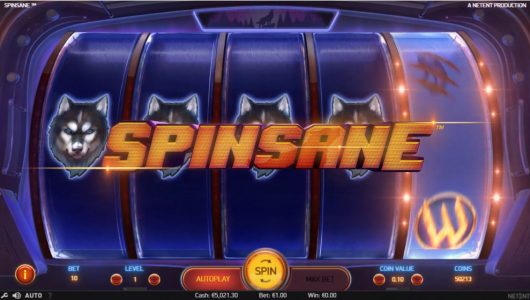