Under The Bed 3D slots by Betsoft is a 5 reel, 30 payline slots reminds me of Monsters Inc. In the film the monsters look scary. In actual fact they’re quite a friendly bunch until they’re scared witless by a little girl Boo who enters their world. Enough said, back to the task at hand.

Symbols that appear across the reels are a variety of quirky monsters and stuff one would find in a bedroom. Next to the screen are James and Jesse. They become animated when any monster symbol appears in a winning combination.

Under The Bed is a non-progressive video slots. The average payout ratio is 96.3% and it offers a maximum jackpot win of 105,000 coins or $50,000. The game can be played on desktop or all mobile platforms for free or for real cash. 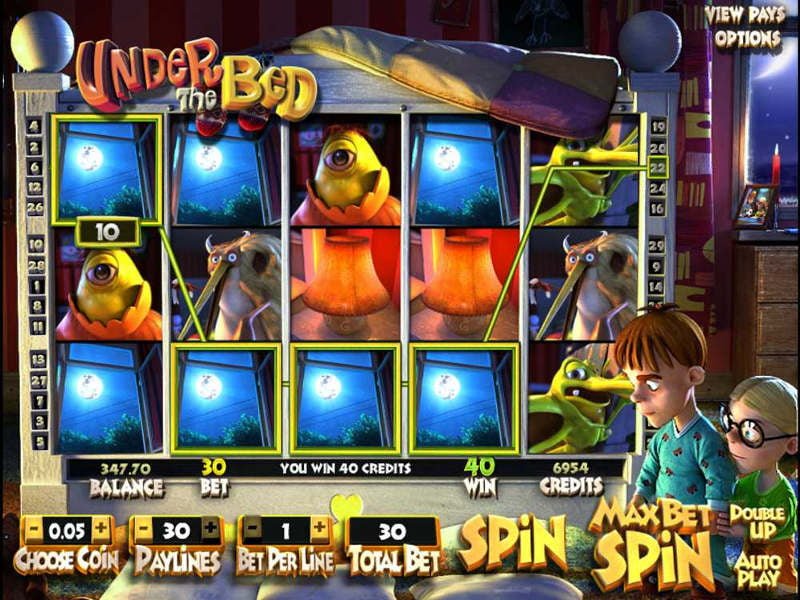 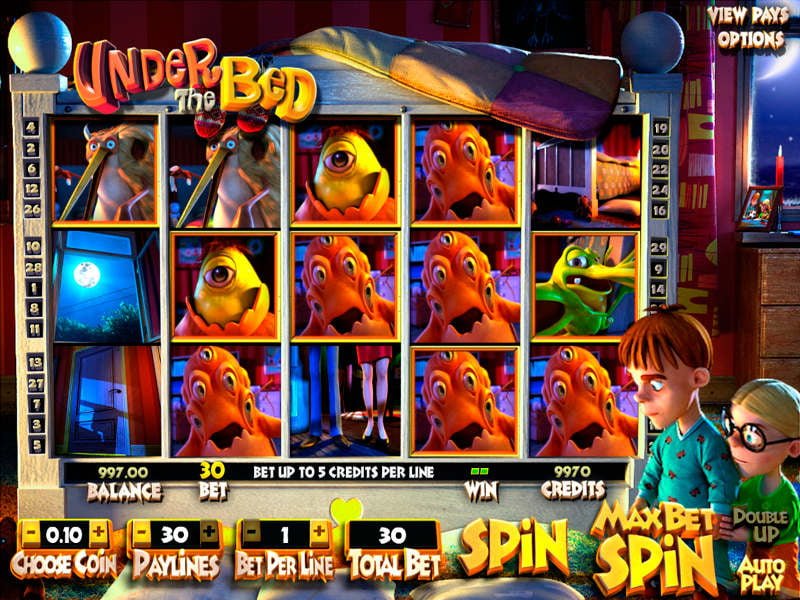 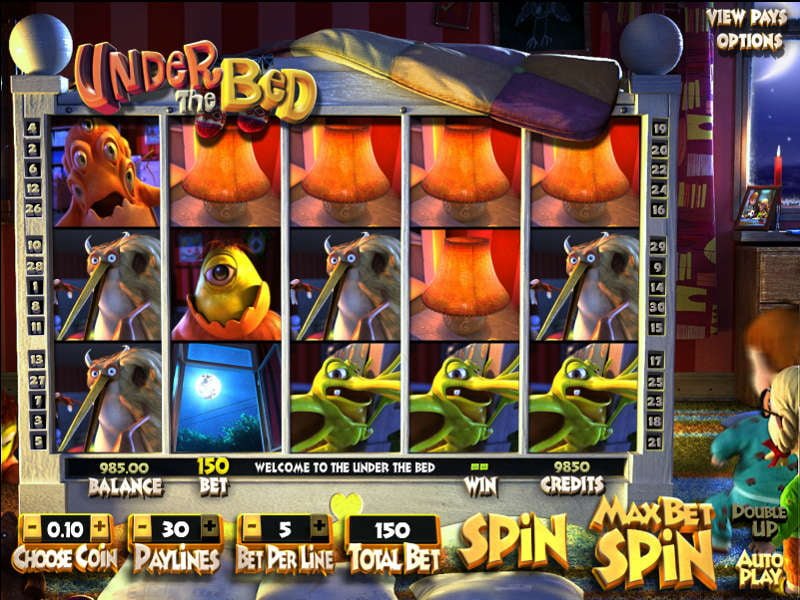 If you’re lucky enough your stake could be doubled up to five times. The highest paying symbol during the base game is Jane. When you hit 5 Jane symbols you’ll receive 500 coins that’s if you wager the max. bet per payline.

When three or more bed symbols appear any place on the reels the ”Pick Me” bonus round is triggered. When 5 cards pops on to your screen, each contains a different monster-you must pick one. While the monster awards you a cash prize it will show a little scary video clip too.

Just be wary of the ”Parent Card”, if it appears you’ll loose and return to the base game. The double up feature enables players to double their wins. If you want to go big or go home it’s worth a shot. Then again your chances of winning here is 50/50 and it becomes more of a risk.

Another great 3D slots by Betsoft. The game offers loads of betting options, lucrative bonus rounds and a monster theme that reminds me of my childhood. Just a minor bump though, on smaller mobile devices the graphics might appear slightly jerky. I tested the game on my iPad and desktop, suffice it to say it plays like a charm.