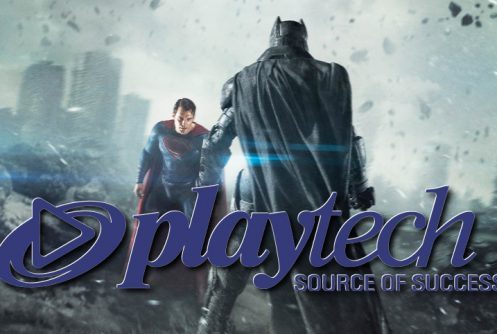 As far as HD (high definition) progressive jackpot online slots go Batman v Superman Dawn of Justice is one of the ‘better’ progressives we’ve seen of late. Playtech teamed up with DC Comics to bring you this impressive game with 5 reels, 25 paylines, shifting stacked Doomsday wilds (Batman and Superman) during the base game, two free spins features and 4 DC Comics progressive jackpots that’s triggered randomly. The game is based on the 2016 Hollywood blockbuster of the same name, suffice to say it’s an action packed slots from the very first spin!

Bets per spin start at 25 pence up to a mammoth £2,500, the game can be played on mobile phones and PC desktops – free played is available too. There are 5 wilds and shifting wilds, all of them appear during the base game. The same characters that appeared in the film appear as symbols on the reels they are Superman (Henry Caville), Batman (Ben Affleck), Alfred J Pennyworth (Jeremy Ironside), Lex Luther Jesse Eisenberg), cameras, Wonder Woman (Gal Gadot), Daily Planet Newspapers, Granny’s Peach Tea, shields, cryptonite, the Batmobile and swords. The symbol that pays the top cash prize of 50x your stake (for 5x) is the Batman v Superman logo.

The RTP (average return to player percentage) of the slots hovers around 95%. Base game wins are good. At average bet per spin of £0.50 we took the game for a few spins in the free mode just to test its mechanics. We had a few wins of 5x our stake, nothing spectacular to say the least since we played it for a short session only. Customization features are Auto Play (spins the reels up to 99 spins), Turbo Mode (spins the reels faster for you). Other than that due to the high volatility of the game it cuts quickly through small budgets.

Of the two free spins features The Dawn of Justice is the most lucrative because an unlimited amount of free spins can be won. Another snippet about the free spins feature is that the Doomsday wild is pushed back when the Batman, Wonder Woman and Super wilds appear. If you’re into this type of slots we recommend you try out Justice League, the mechanics of the game is similar to this one. 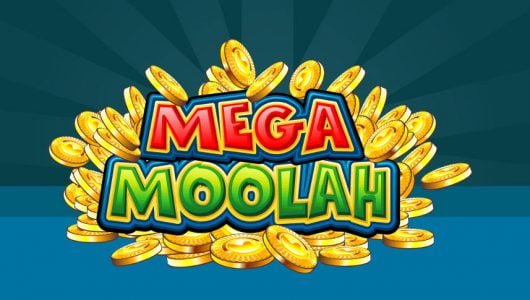 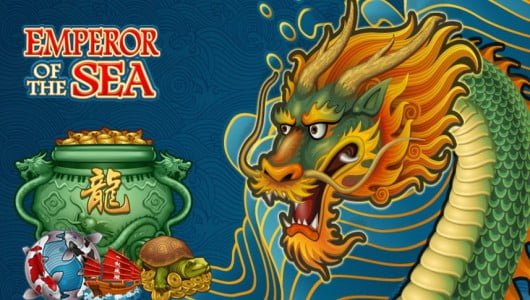 Emperor Of The Sea Slot Review 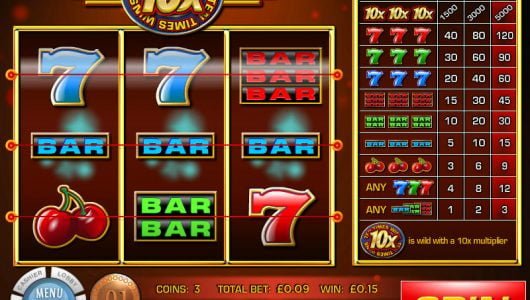