Perhaps there’s something in the game itself to explain it? If you’re looking for a slots for real money that showers you with regular payouts, 24K Dragon is tight affair. It’s a high variance online slot that clocks a 10’er on the Casinowhizz slots scale.

You can play 24K Dragon from £0.20 to £100 per spin. The betting range is wide therefore real money slot players will have a blast.

This is where we get to the slot’s max win and it’s here that its title gets its explanation. The thing is, the top payout of 24k Dragon is 24,000x your stake. Suffice to say, it’s massive and the jackpot is apt too!

That’s a neat connection and one that we haven’t seen before. And, a nice surprise for a change. 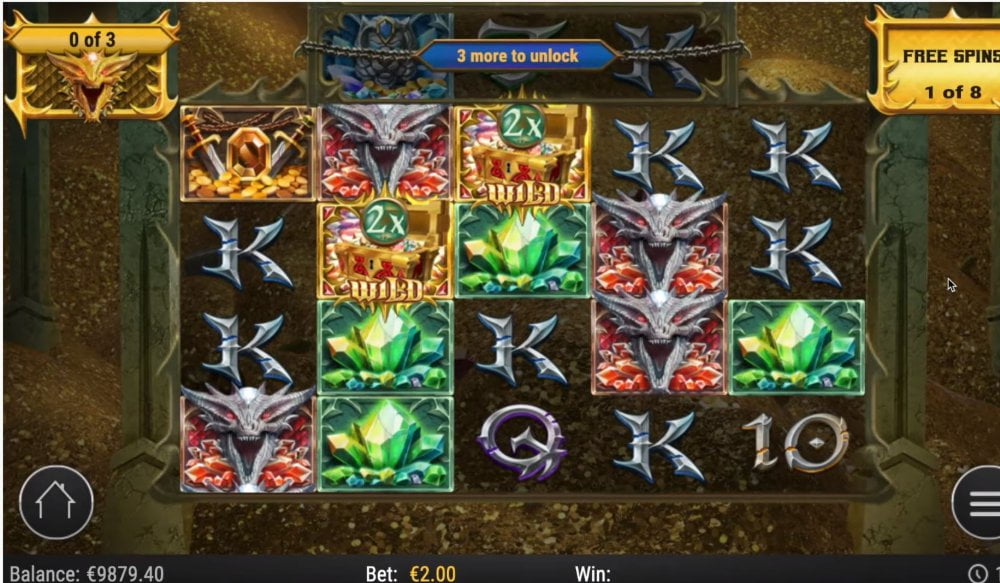 24k Dragon is a slot game about dragons and riches and has a 96.18% RTP. Granted, it’s not an original theme. Play’n GO puts its own spin on it and pulls it off majestically.

The low-value symbols are card ranks from Tens to Aces. They have a neat font that makes them memorable.

The high payers are thematic and they are lions, gems, swords and dragons. Wilds are present as well as the game’s specials.

They can appear only on the middle reels, but they can sometimes double as 2x and 4x win multipliers to compensate for that.

Further, Play’n Go does not target the USA market. Luckily, RealTime Gaming accepts US players, and releases top-notch games such as Cash Bandits 3. 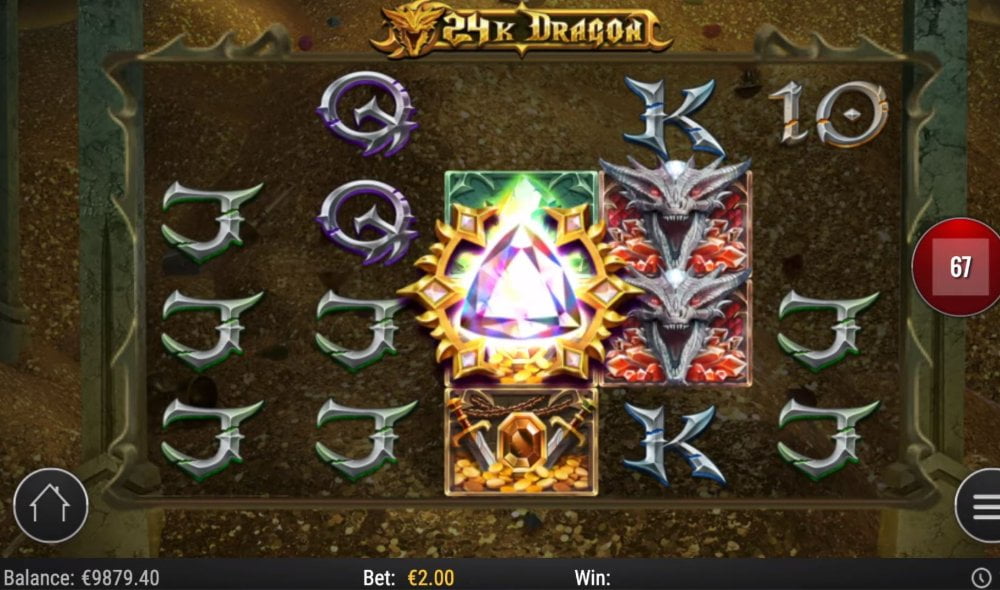 Whenever you get one of the slot’s special golden dragon symbols in the base game. You’ll trigger the 24k Dragon Re-spins Feature.

Not only does it award you with a re-spin but it adds four extra rows to the grid! Each of those has three symbols and adds more ways to win, so the re-spin has some extra win potential.

Getting 3, 4, or 5 scatters rewards 8, 15, or 25 free spins. They start normally, but golden dragon symbols don’t trigger the aforementioned feature.

Instead, you’ll collect them and progress through a meter that adds extra rows to the field.

These extra rows stay in play until the free spins feature end. Three golden dragons unlock one extra row for 2,000 ways to win.

During free spins, all Wilds that land reveal a win multiplier as well, which makes for an even juicier experience. And, if you get more scatters, you’ll get more free spins. The slots online offers free spins galore, and an RTP of 96.50%. 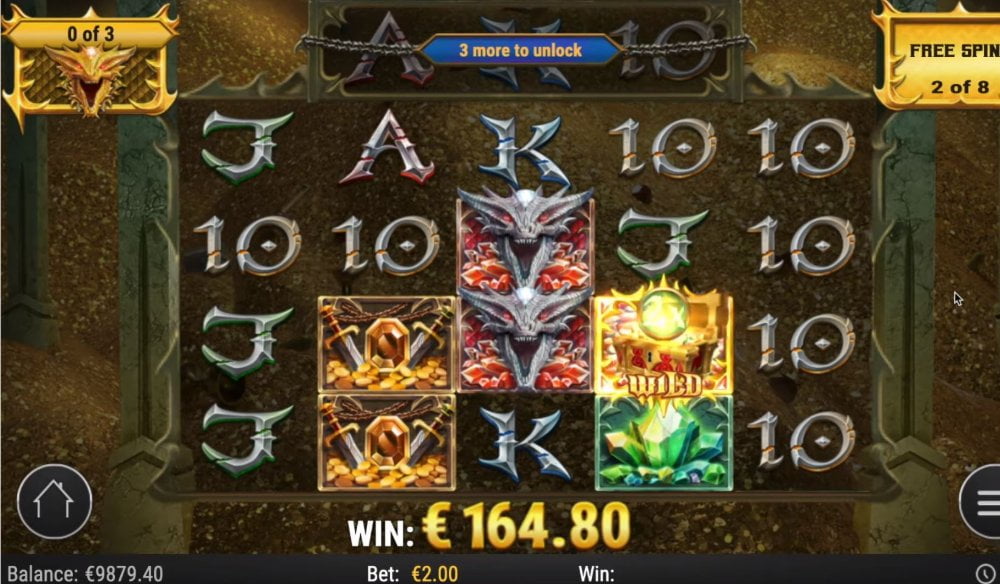 In short, 24k Dragon is a rock-solid release and a fine addition to the Play’n GO arsenal. The max win of 24,000x is excellent.

Throw in the extra rows that you can get during the free spins features; it’s an enjoyable package all around. Bear in mind, that it can blow extremely hot and cold too.

Without further ado it’s one of the best releases from PlaynGo for 2020. As a rule of thumb, ‘we usually roll our eyes at Play’n Go’s slots. Usually when we play their slot games the package disappoints.

Hopefully, with this release the online slots community will have something to smile about for a change. Since we’re on the topic we also recommend, Pragmatic Plays Dragon Tiger.