Play Monopoly Online At The Casino

Monopoly is without a doubt one of the best board games ever released and being able to play Monoply Online second, so what if we tell you that it can now be played at all our top European online casinos for real money!

Monopoly Live: Dream Catcher is not just a simple bare-bones take on the game of Monopoly; it’s a live dealer casino game designed by Evolution Gaming that’s as exciting as it is unpredictable. If you’re wondering how the game works, it’s played on a wheel with 54 segments that allows players to bet on different numbers.

“MONOPOLY Live is a unique live online game show based on the world’s best-loved board game. An all-new special edition of our popular Dream Catcher game, MONOPOLY Live takes the excitement and suspense of our world-leading money wheel game and adds unique MONOPOLY Online game elements.”

The game can now be played at 24k Casino with a 100% Bonus Up To €300. Players can place their bets on ‘2 Rolls’ or ‘4 Rolls’ and multiple bets can be made too. Unfortunately bets can’t be placed on the Chance box. To circle back to the 54 spaces on the wheel they are divided into 3 segments: Field, Number and Payout. (Game launches 28th March 2019) 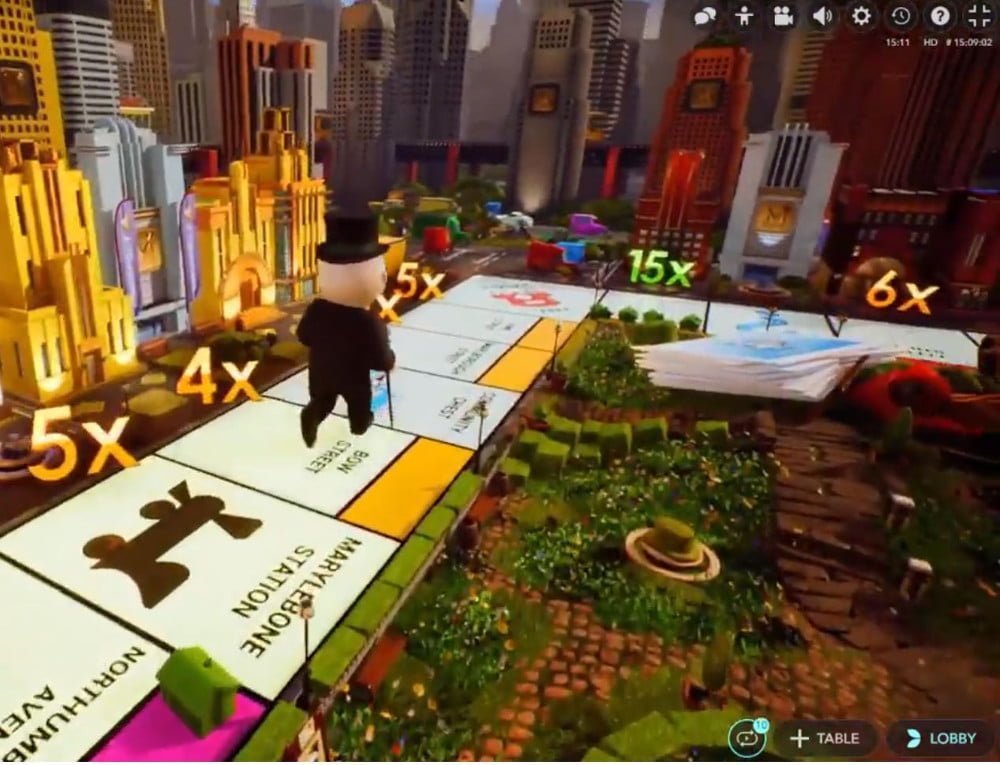 The mechanic of Monopoly Live: Dream Catcher is straightforward; a live host spins the wheel and players can bet on multiple numbers on the wheel. If the wheel stops on your winning number a cash prize or a multiplier is awarded. 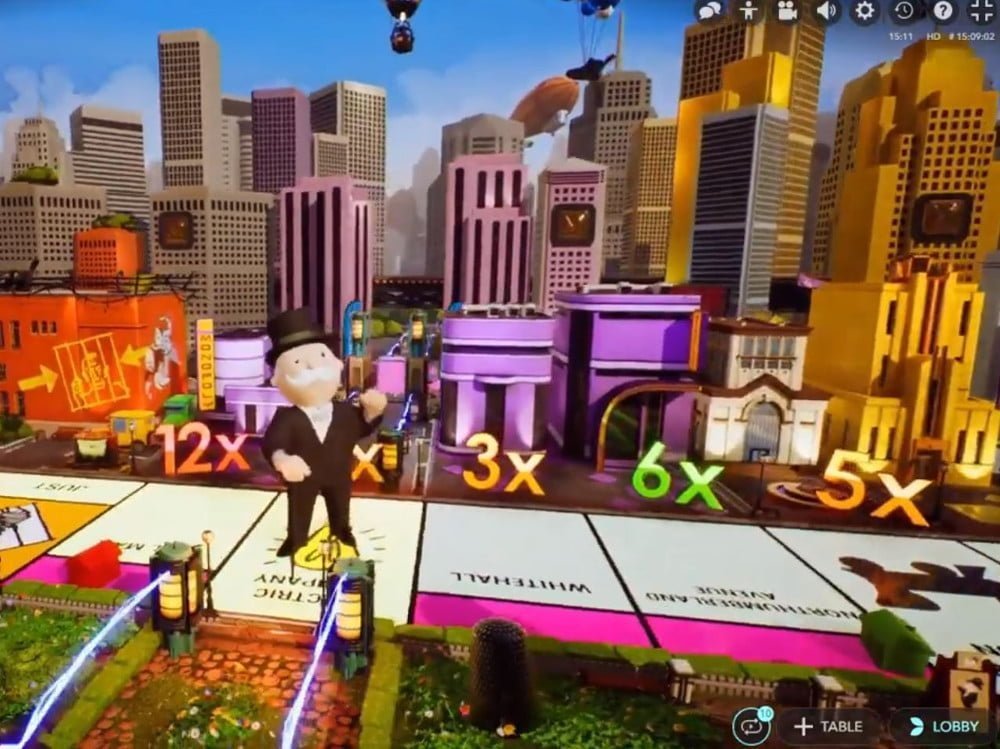 How Does The Bonus Work In Monopoly Live?

This section of playing Monopoly online Live: Dream Catcher is known as the Bonus Game. Players can place a bet on either the ‘2 Rolls’ or the ‘4 Rolls’. Once the wheel stopped spinning, the numbers on the 2 dice determines how many positions on the board the player advances. The interesting bit about the Live Monopoly board is that it’s flushed with exciting cash prizes.

Every time the dice is thrown the cash prizes you’ve won is added to your cash account. During the Live Monopoly Board Game, if you throw the same number on each dice you’ll gain an extra throw of the dice as well as a cash prize. 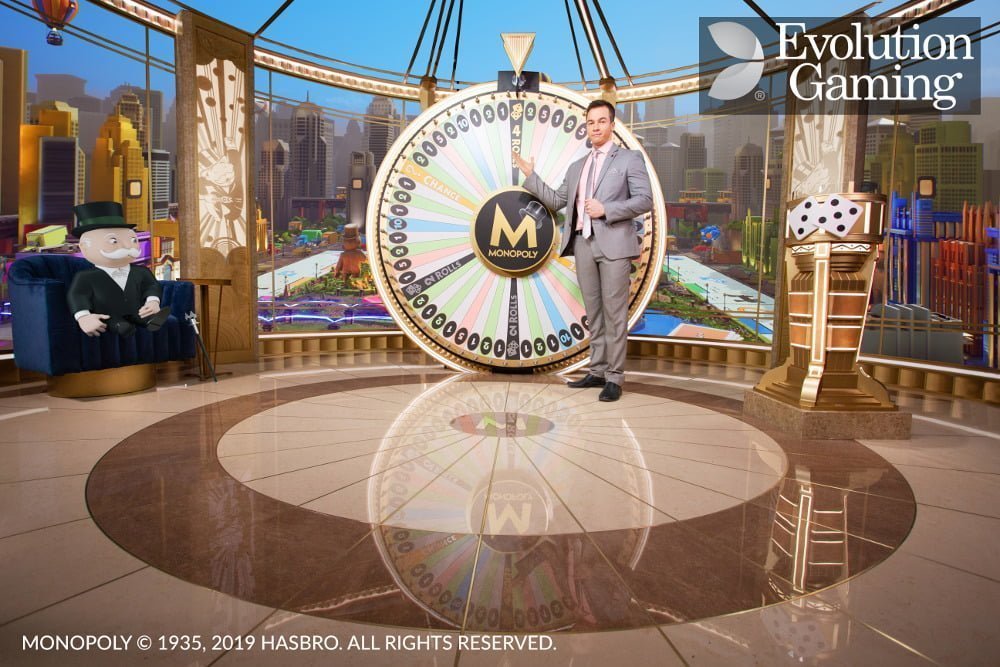 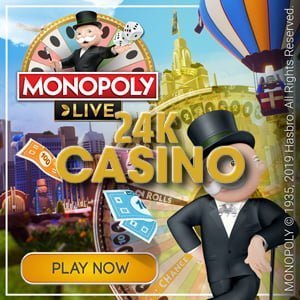 When the wheel stops on ‘CHANCE’ then a chance card is presented to the player by none other than MR. MONOPOLY himself. In layman’s terms, the player receives a cash prize or a random multiplier bonus.

What happens if the Chance Card indicates a multiplier bonus? The host spins the wheel again and all bets stays the same. However, when the multiplier shows up again, the initial multiplier the player received will be multiplied.

Once the third bonus round is triggered, a new screen opens up that showcases MR. MONOPOLY in a 3D MONOPOLY world. MR. MONOPOLY rewards doles out cash prizes, multipliers and lots of other exciting stuff. Plus, the outcome of the walk is determined by the throw of the dice. To get the best payout, the bonus player must bet ‘2 Rolls’ and/or ‘4 Rolls’. Even if no bets are placed, the bonus round can still be enjoyed but the only difference is that no cash prizes are awarded.

There’s no doubt that Evolution Gaming’s Monopoly Live: Dream Catcher is one of the most exciting online casino game releases for 2019. The game itself is highly interactive framed with a 3D bonus round that offers an abundance of cash prize.

It’s nice to see a software house of this stature experiment with something new. Monopoly Live: Dream Catcher surprises us with its creative flair along with an immersive and captivating theater.

The game has a ‘multi-player scalability’; what does it mean?

It means that an unlimited amount of players can play the game simultaneously.

What are the standout features about the game that will appeal to slots players?

The visual fidelity of the game is superb since it uses a ‘precision-engineered bespoke wheel’. State-of-the-art cameras have been placed around the live dealer and the wheel with light and auto-syncrhonised sound effects, as such it gives players a fully immersive gaming experience.

Cat Wilde and the Lost Chapter